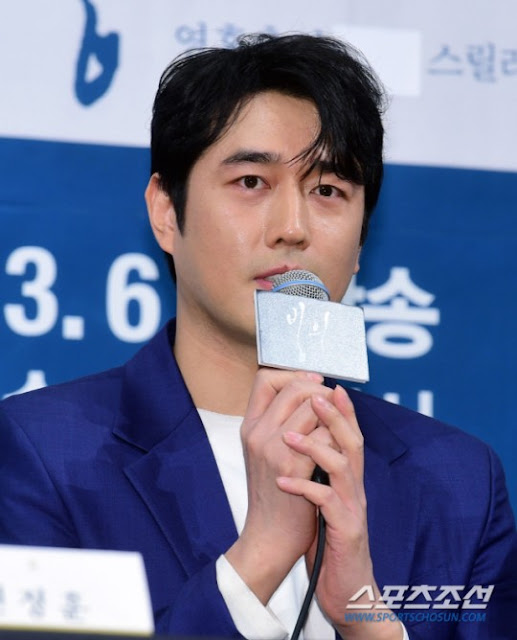 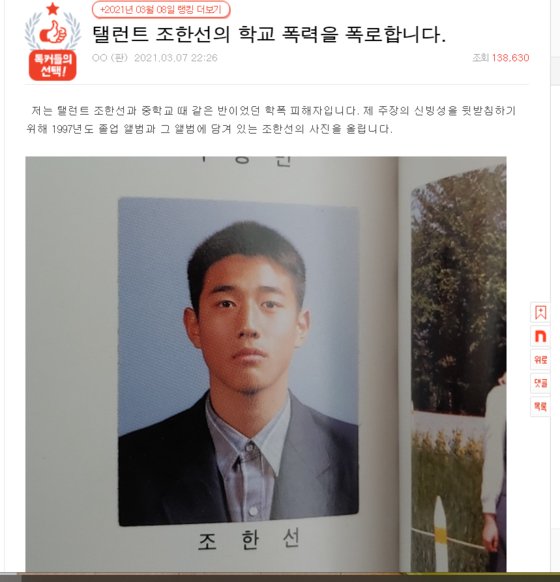 Article: Cho Han Sun exposed for school bullying… “He treated his classmates like sandbags while pretending to be Bruce Lee”

2. [+542, -9] I think it’s good that the victim felt brave enough to come forward now, no matter how late it is. Anyone who defends these bullies saying they were young and immature or didn’t know better need to be given a taste of real life. School bullying must be ripped out by the roots.

3. [+207, -5] I went to high school with him. Maybe because of his image on the soccer team but I found him problematic as a student. There was a time when the basketball team shared the court with the soccer team and he kicked a ball that ended up hitting my friend on the back of the head and all he did was laugh and grab the ball back without an apology.

4. [+122, -4] The celebrity industry is just filled with trash, isn’t it. I always knew that was the case but I suppose that’s why all the weaker-minded celebrities end up leaving. All of the male celebrities are violent gangsters, female celebrities sell their bodies to CEOs. So, so dirty.

5. [+79, -2] We need to keep this momentum going. Not just with celebrities but with all public figures. Children need to see that this is their future if they continue committing these crimes.

6. [+76, -1] I hope that this is an opportunity for all the bullies to be kicked out of the industry and for all the talented, good-natured rookies to get more opportunities.

8. [+53, -1] Need to make a list of bullies in the industry and force broadcast companies not to cast them

10. [+48, -7] Wow, when other celebrities got into scandals, I always thought physiognomy is science, but Cho Han Sun is actually quite shocking if all of this is true ㅡㅡ he has such a kind look to him, and he seems so shy. A few of his classmates have written retorts saying he was a handsome and popular friend who was good at soccer and was almost too cowardly to even be an iljin ㅡ.ㅡ I wonder what the truth is in the end, I’m really curious about this one. Who’s the one lying?