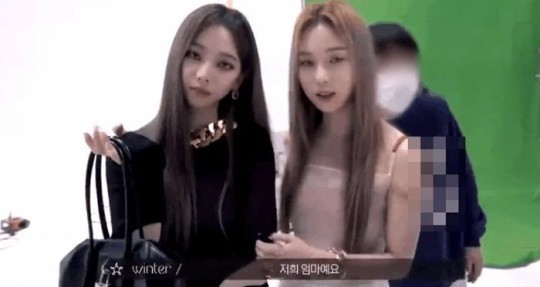 Article: “Or not?” Photographer hunted down as Aespa’s ‘hidden camera criminal’

2. [+243, -2] They had no problem spreading the victim’s identity and yet when it’s time for their apology, they hide their face behind a mask and hat… Reveal their face on a photoline.

4. [+18, -0] Kyah~ ruined a person’s life by using their real name everywhere while they apologize by hiding behind anonymity. This is the reality of feminists on Twitter ^^

5. [+13, -0] Do not let them off easy. There is not one genuine feeling behind those apologies and even if they were genuinely sorry, they won’t be next time. Teach them a lesson that they don’t just get to commit a crime and apologize their way out of it.

6. [+11, -0] It’s not normal to hunt down a person like this without checking any of the facts, ruin their images, and then just say “or not, it’s their fault for acting suspiciously” when they’re called out for being wrong

7. [+9, -0] Good on SM for taking care of their staff. They could’ve left the photographer out to dry but they clarified it for them.

8. [+7, -0] They should at least apologize with their face showing… it’s not fair when the photographer has already suffered their identity being revealed everywhere

9. [+5, -0] So these fans think their own face is worth protecting while spreading another person’s identity everywhere?

10. [+4, -0] You should reveal your face too, especially since you had no problem revealing the identity of another