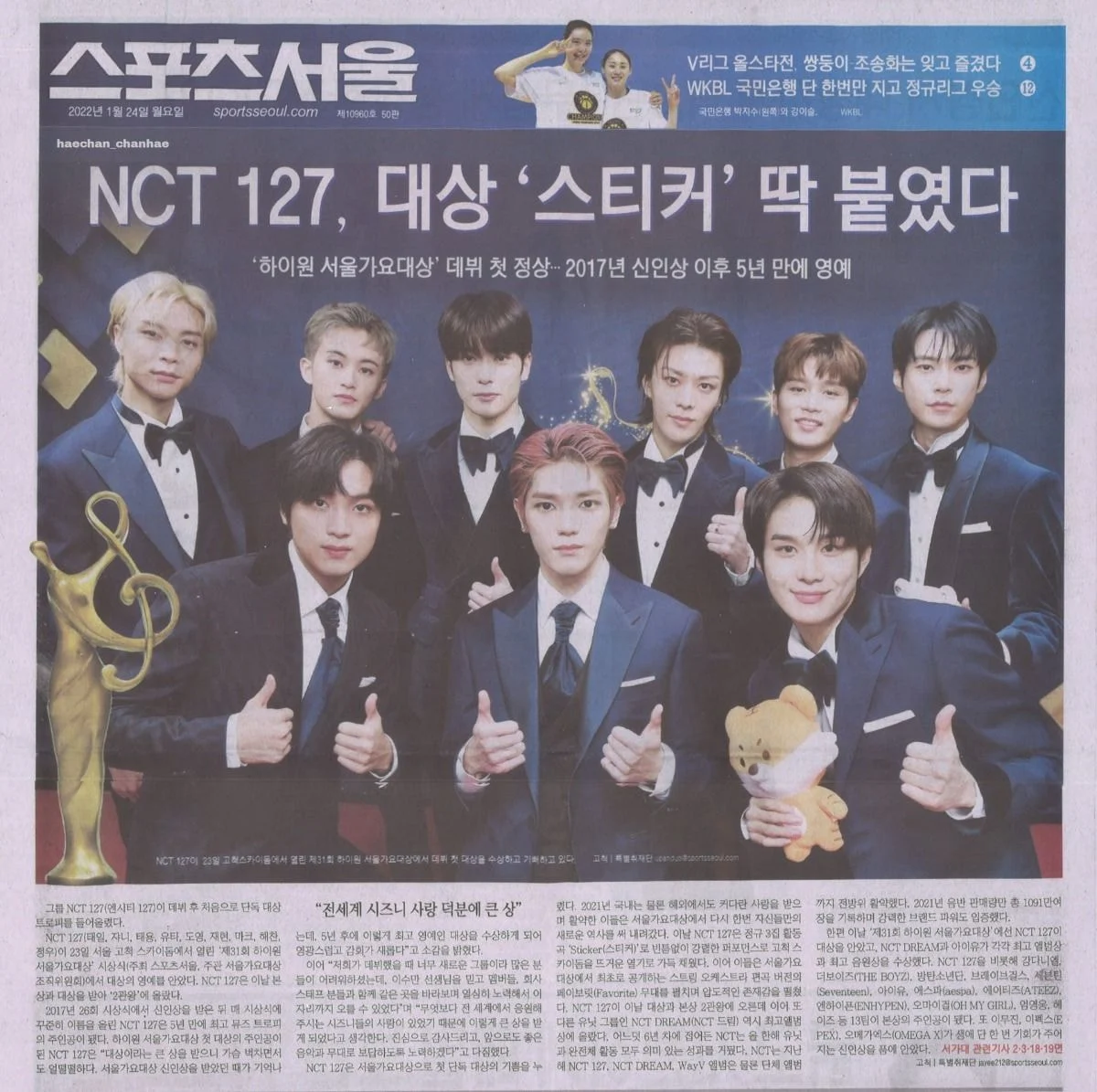 Their value increased because it is the result of growing step by step every year.
With their albums released in 2021, they not only recorded an overwhelming album sales and became triple million sellers, but also climbed to the top of various charts not only in Korea but also as the representative group of K-pop, standing shoulder to shoulder with global stars.
The growth case of NCT 127, which is loved not only in Korea but around the world, also sets a good example for the next generation of K-pop junior groups.
In 2021, NCT 127 became a ‘double million seller’ within a week of its release with its 3rd full-length album ‘Sticker’ and ranked 3rd on the US Billboard main chart ‘Billboard 200’, the highest ranking in K-pop this year. They also ranked 1st in domestic music charts and was crowned 10 times in music broadcasts setting a meaningful record.
The 3rd full-length repackaged album ‘Favorite’, which was released afterward, also surpassed 1.06 million copies in pre-order alone, setting a record of cumulative sales of triple million sellers.
In addition, NCT 127 first entered the US Billboard 200 at No. 3 in September last year, and has continued to chart-in to this day, proving its undying long-run popularity.
Summary:
‘Unrivaled album sales’
‘Ranked at the top of worldwide charts, group that represents K-pop”
‘Because they are receiving love worldwide, they are a good model for their hoobae groups’
‘They had the best results as K-pop artists in Billboard’
Actually,
For their physical sales, there’s Bangtan, Seventeen and NCT Dream above them
And they didn’t even rank digitally 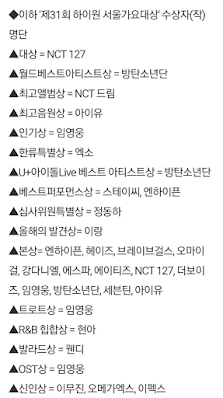 Daesang (Grand Prize): NCT 127
Best Album Award: NCT DREAM
Best Song Award: IU
World Best Artist Award: BTS
Bonsang (Main Award): ENHYPEN, Heize, Brave Girls, Oh My Girl, Kang Daniel, aespa, ATEEZ, NCT 127, THE BOYZ, Lim Young Woong, BTS, SEVENTEEN, IU
Best Performance Award: STAYC, ENHYPEN
OST Award: Lim Young Woong
Trot Award: Lim Young Woong
Ballad Award: Red Velvet’s Wendy
R&B/Hip Hop Award: HyunA
Discovery of the Year: Lang Lee
Popularity Award (Korea): Lim Young Woong
K-Wave Award (outside of Korea): EXO
U+ Idol Live Best Artist Award: BTS
Special Jury Award: Jung Dong Ha
Rookie of the Year: Lee Mujin, OMEGA X, EPEX
original post: here
1. The summary is crazy ㅋㅋㅋㅋㅋㅋㅋㅋㅋㅋㅋㅋㅋㅋㅋㅋ
2. But I bet that even their fans didn’t want them to win ㅠ
3. Even I feel their embarrassment… Cut down on the media play a bit
4. ㅋㅋㅋㅋㅋㅋㅋㅋ just stopㅋㅋㅋㅋㅋㅋㅋㅋ this is seriously sad and funny at the same time
5. Why do they keep making us feel embarrassed?🤦‍♀️
6. Rationally speaking, aren’t they also embarrassed? But seeing the dumb kids shielding them here, I feel like the apple doesn’t fall far from the tree so they probably don’t know why we’re embarrassed for them either… If that’s the case, they have no shame ㅎㅎ
7. They are emphasizing on the best record on Billboard by taking the Billboard200 while there’s another group who’s been 1st on Hot100 for weeksㅋㅋㅋㅋㅋㅋㅋㅋㅋㅋ
8. SM Music Awardsㅋㅋㅋ embarrassing
9. Are you sure they are not describing another team?ㅋㅋㅋㅋㅋㅋㅋㅋㅋㅋ
10. Bangtan got rigged and they are media playing pretending to be the top group but aren’t they embarrassed? They will already be mocked for the rest of their career for receiving this Daesang
[theqoo] ANYWAYS NCT 127 WON THE DAESANG
NCT 127’s first Daesang since their debut 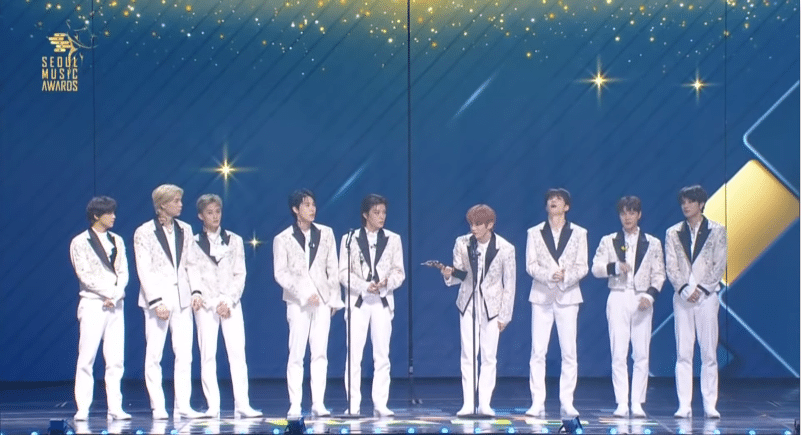 The 31st Seoul Music Awards was held at Gocheok Sky Dome on the 23rd. The name of NCT 127 was called at the grand prize announcement, which is the top prize of all awards ceremonies. They came up on the stage with a bewildered look, held the trophy in their hand, and each announced their acceptance speech. Taeyong said, “I am deeply moved.” “Last year was a year where all NCT members were able to shine because they were together. It would have been impossible without the cool and charming members.”
Doyoung, who turned around and wiped away tears, also made a strong impression. He said, “I’ve been dreaming of receiving an award like this for a long time, and it’s all thanks to NCTzens. I am also thankful to my parents.”
The group BTS, which has won the grand prize for four consecutive years since the 27th awards ceremony, has won three awards this year, including the ‘Bonsang’, ‘World Best Artist Award’, and ‘U+ Idol Live Best Artist Award’. The physical and digital awards went to IU and NCT Dream respectively.
original post: here
1. Please get rid of SMA!!!
2. Seriously funny ㅋㅋㅋㅋ If I were their fan, I would be so embarrassed that I won’t even be able to tell others that they won the Daesang
3. Ridiculous
4. Look at that titleㅋㅋㅋㅋ
5. Must be nice to receive a Daesang
6. This is so cheap, do you feel good receiving a Daesang this way?
7. SM is disgusting and SMA is trash
8. Anyone can tell that this is not it ㅋㅋㅋㅋㅋㅋㅋㅋㅋ
9. They must be the ones who are the most embarrassed for being Daesang winners. They mocked the earthquake last year too..
10. Who even likes them? These kids who mocked the earthquake… Nobody knows their songs nor the members but everyone knows that they don’t have common sense
[theqoo] DO YOU KNOW HOW MANY SONGS HAS NCT 127 RELEASED LAST YEAR?
Favorite
Lemonade

original post: here
1. I don’t know any of these songs.. what’s happening
2. I don’t know any of these
3. I don’t know any song and I’ve only seen this group in the Hot category a couple of times
4. I’ve only heard about this group’s name
5. I heard Sticker before
6. I do know Sticker and that’s because they did a collab with Kart Rider so I was forced to listen to it in the background… I don’t really know them for the good reasons though… (I don’t hate NCT)
7. I’m sorry but I have never heard of these titles
8. Stickaaaa~~~
9. I don’t know any of these
10. 0 of them
[enter-talk] I WILL JUST LIST THE FACTS ABOUT SMA
1. If you look at NCT Dream’s records, they definitely had the results to receive a Bonsang. But they didn’t
2. Other male idol groups who had better results than NCT 127 didn’t receive a Bonsang (Shinee, Stray Kids, TXT <– the votes for Stray Kids and TXT were the highest)
3. But 127 randomly won the Daesang
4. The Dream fans who saw this got furious because of how ridiculous it is despite their group having better results
5. 127’s fans and Dream’s fans are now fighting in the mud again
6. Because of this, suspicions regarding 127 rigging the Daesang keep on rising
I don’t even know which of their songs hit big. There are other male idol groups who did better than them in terms of digital and physical sales, YT views and popularity so the Daesang ruined the mood.
post response:
[+1,299][-69]
original post: here
1. [+418, -8]
SMA’s judging criteria is the Hanteo chart and this is the Hanteo chart

They keep saying that they are selling well physically but that’s only if they follow the Gaon chart. SMA follows the Hanteo chart and Dream is ranked higher than them 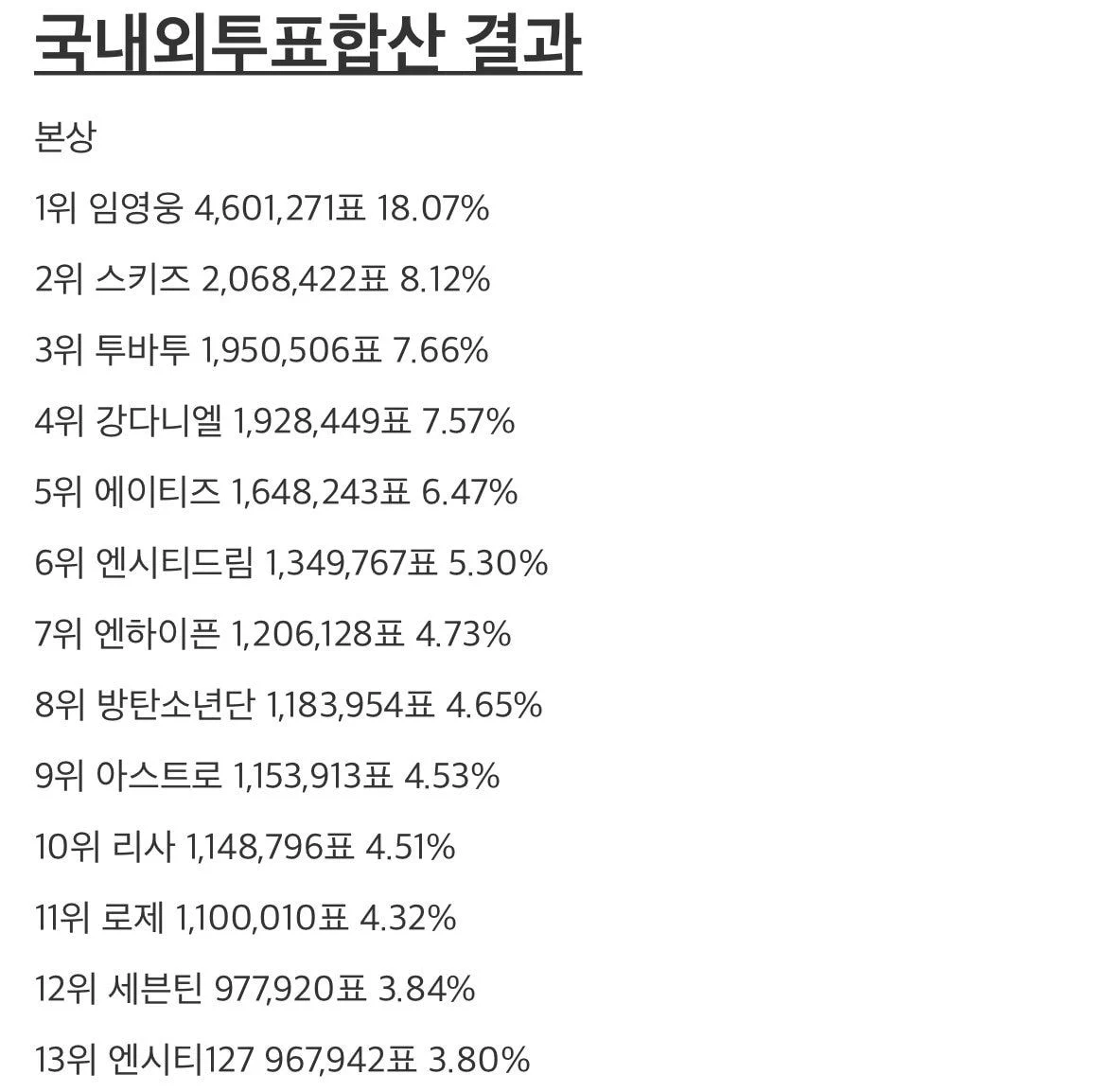 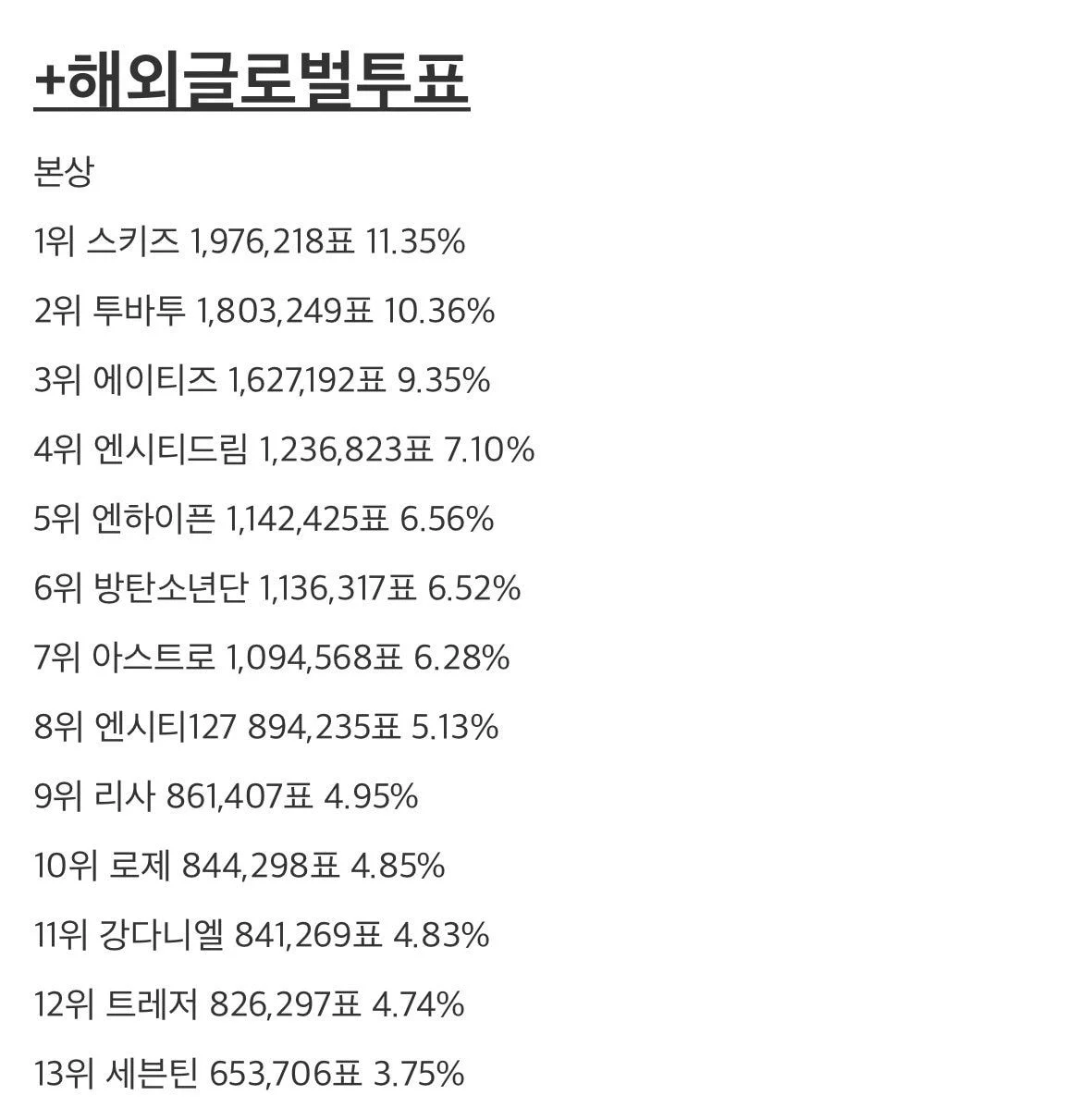 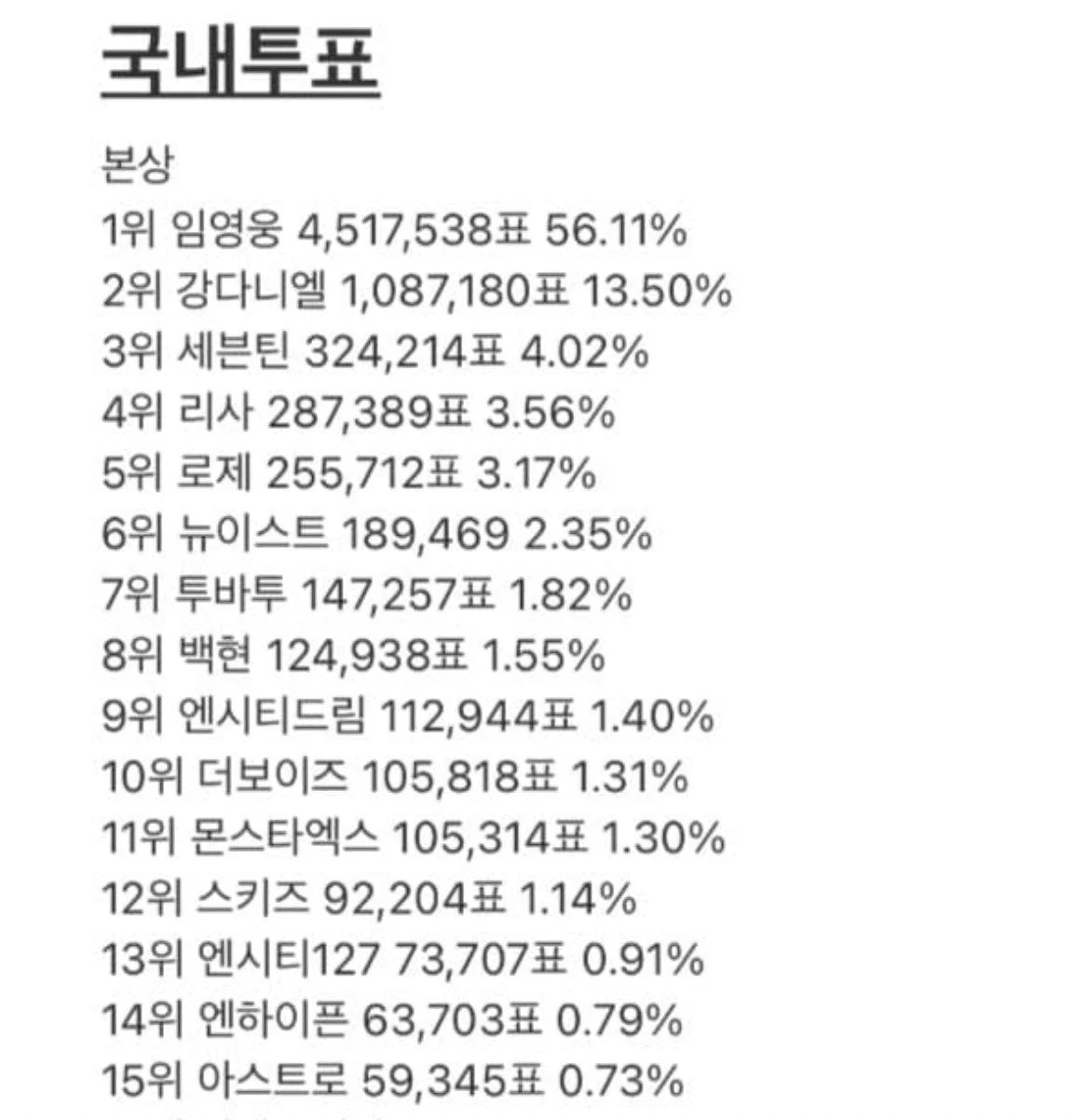 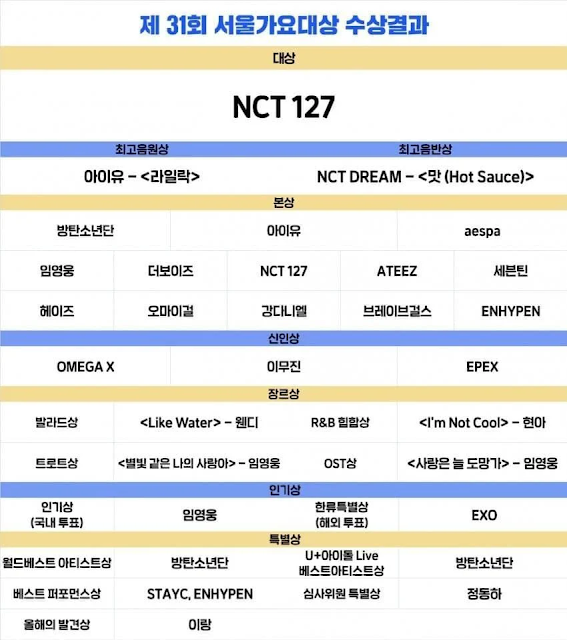 This was the result of the 31st Seoul Music Awards

They even started trending a tag

First of all, from the Rookie award alone, aside from Lee Mujin, IVE who received the overwhelming win in votes and results didn’t receive it, but 2 other boy groups received it 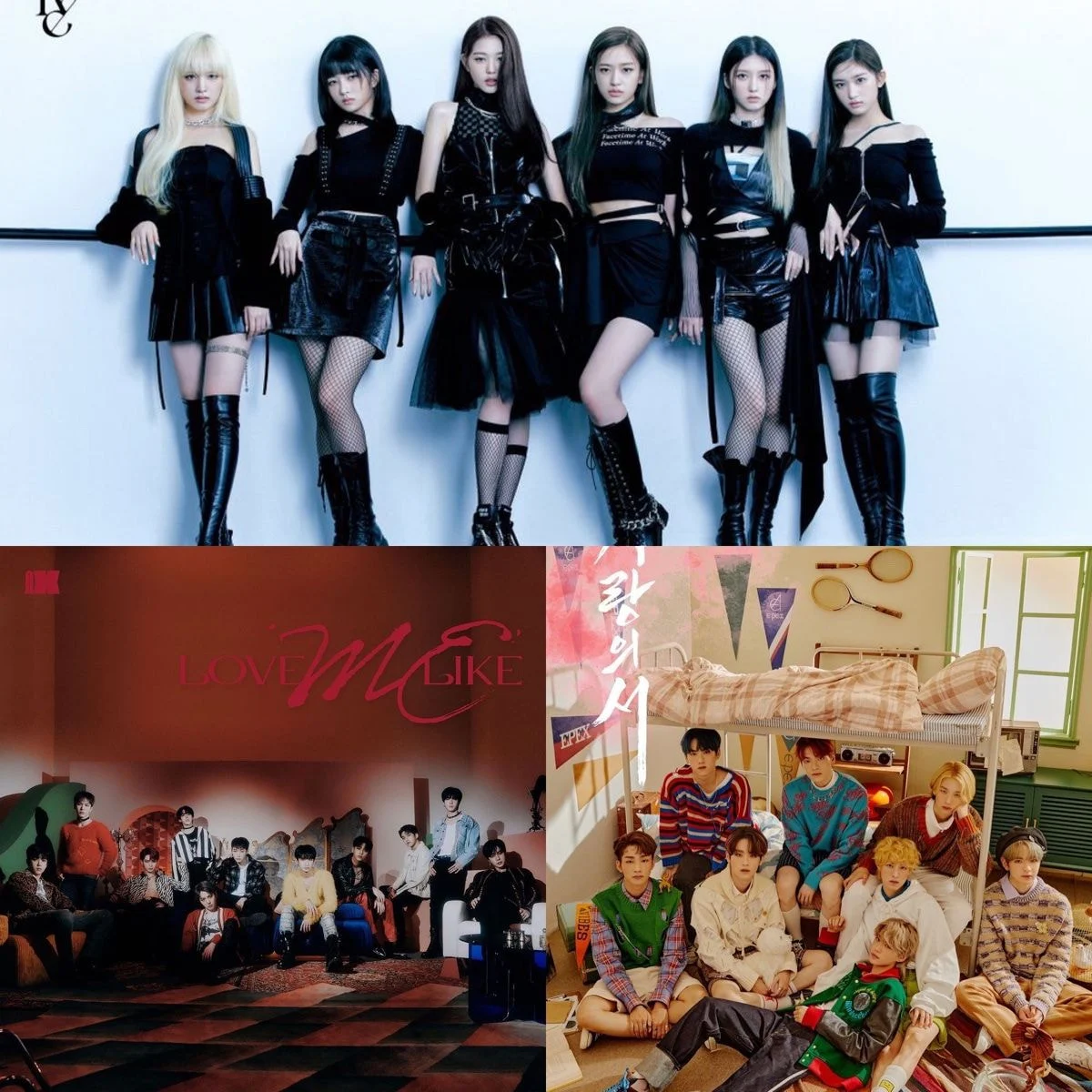 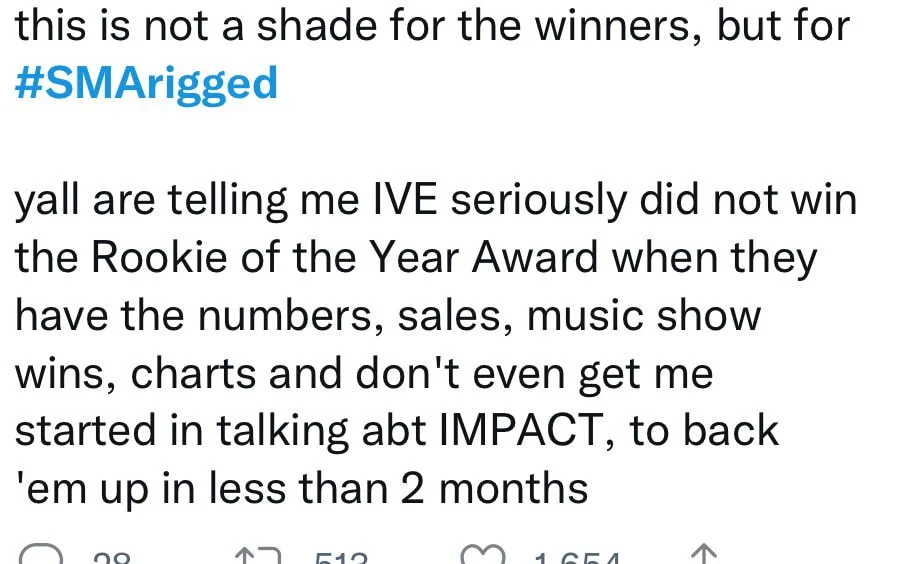 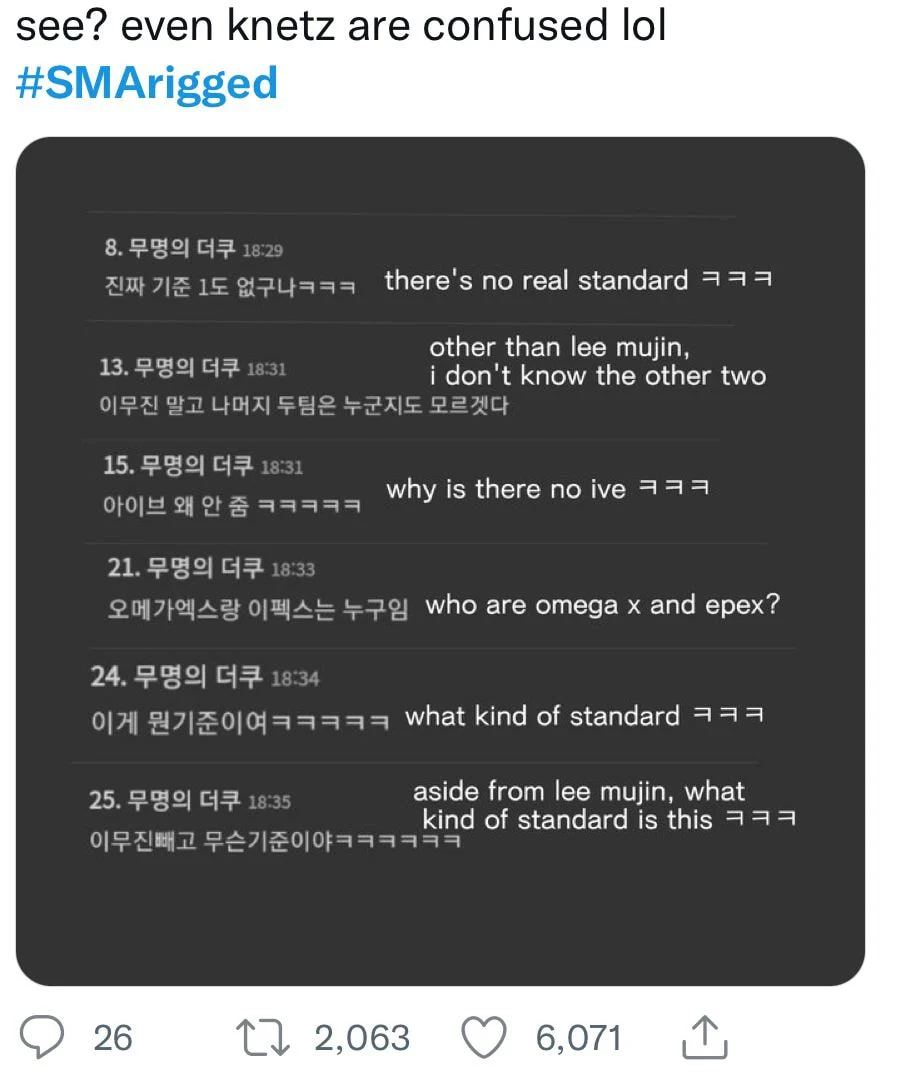 Theqoo’s reaction is exploding
After this, their Bonsang 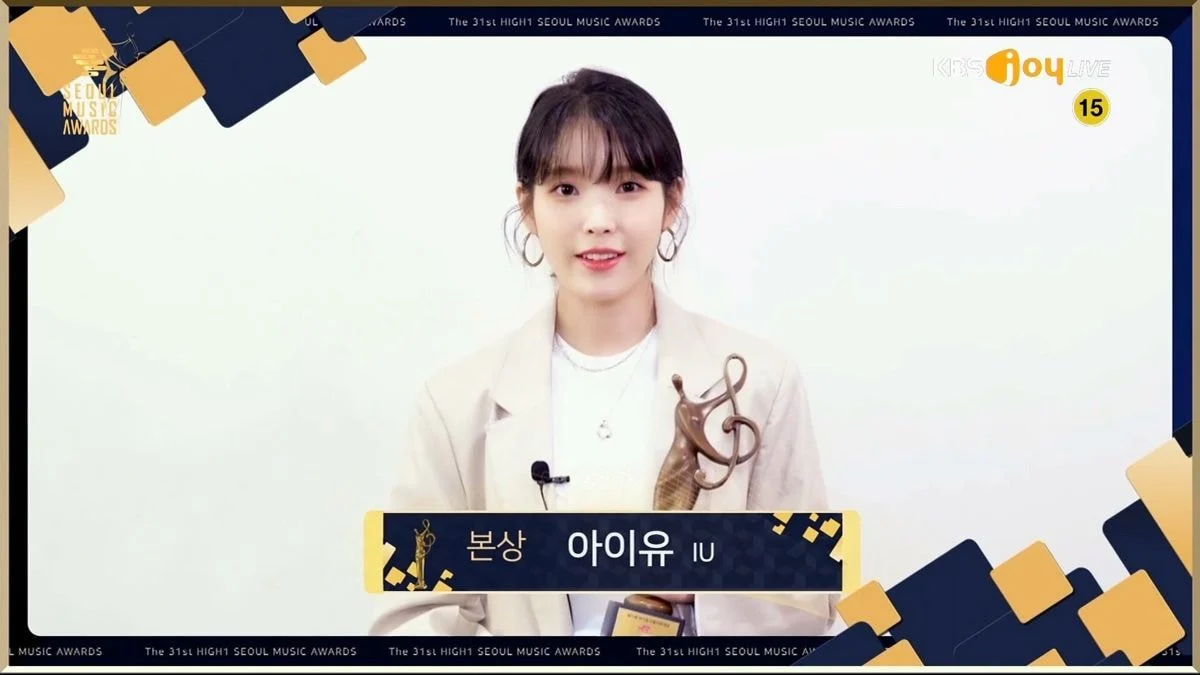 WTF IU winning a Bonsang in 11 years????
Everyone was speechless 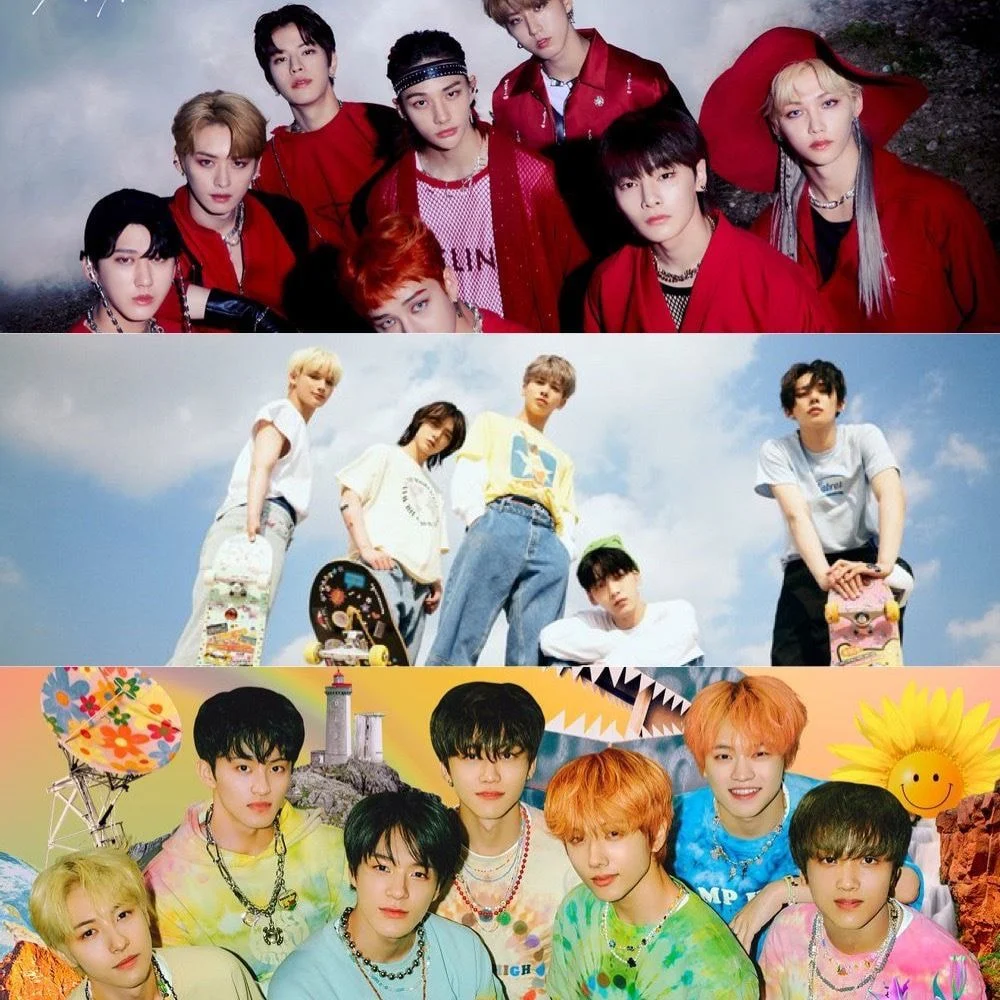 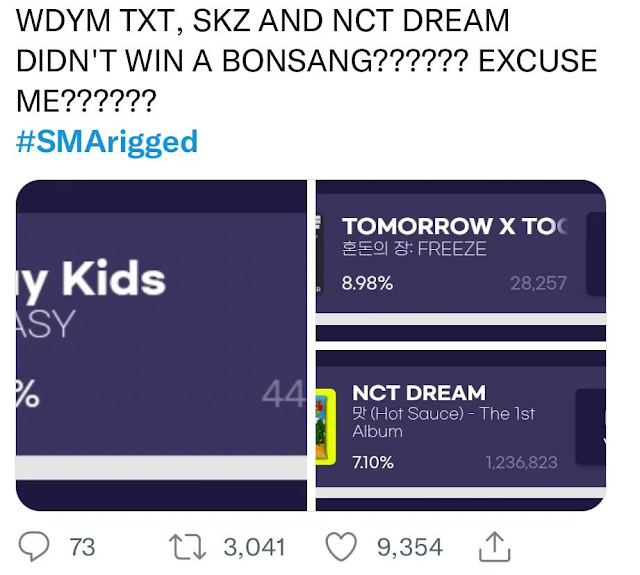 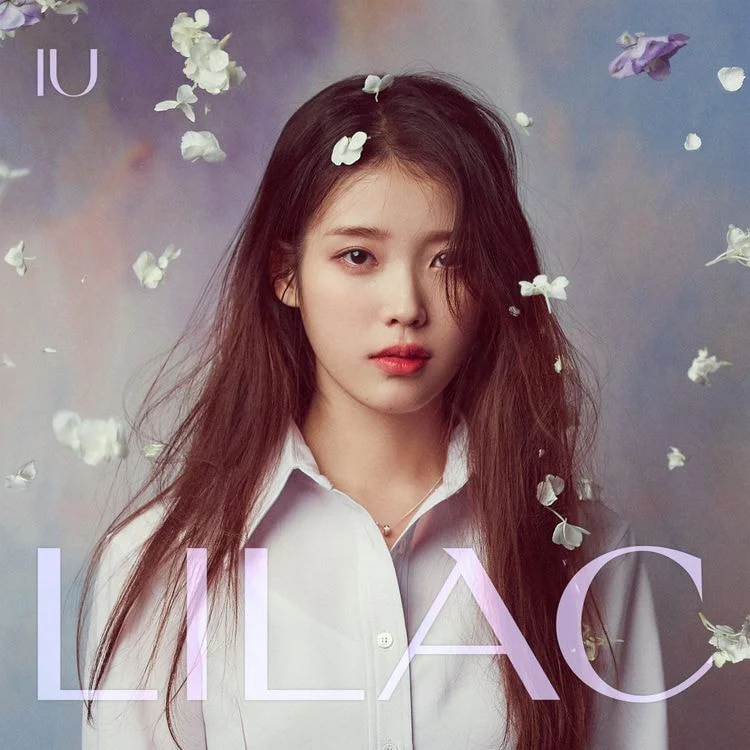 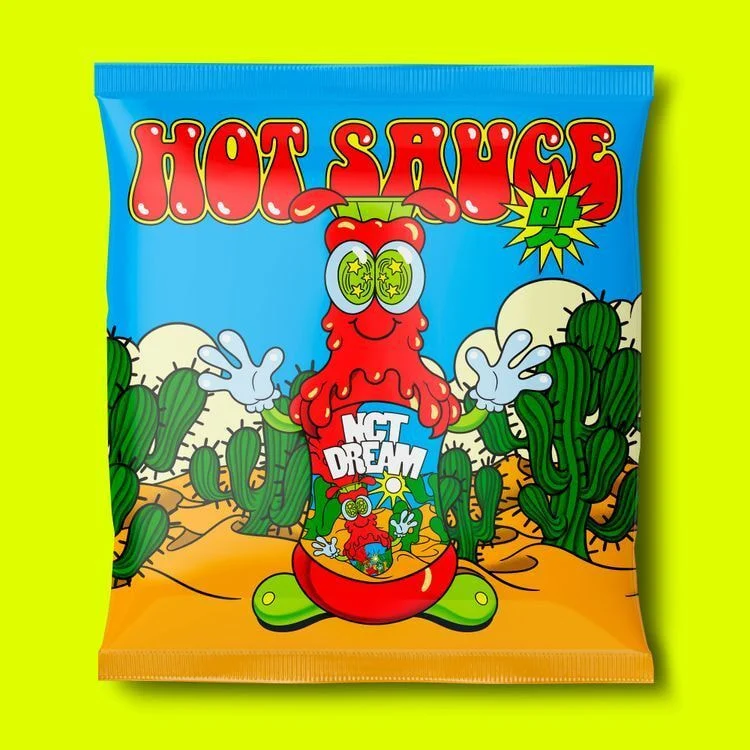 ??: I guess they gave it based on the judge, ok ok congrats
And then there was the Daesang 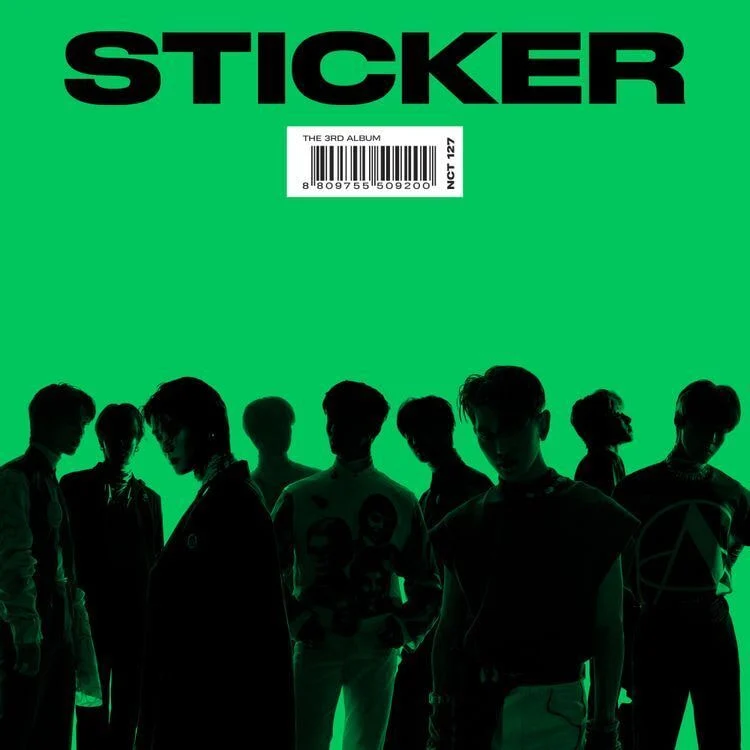 Everyone went crazy
The comments came in so fast, I couldn’t screenshot everything 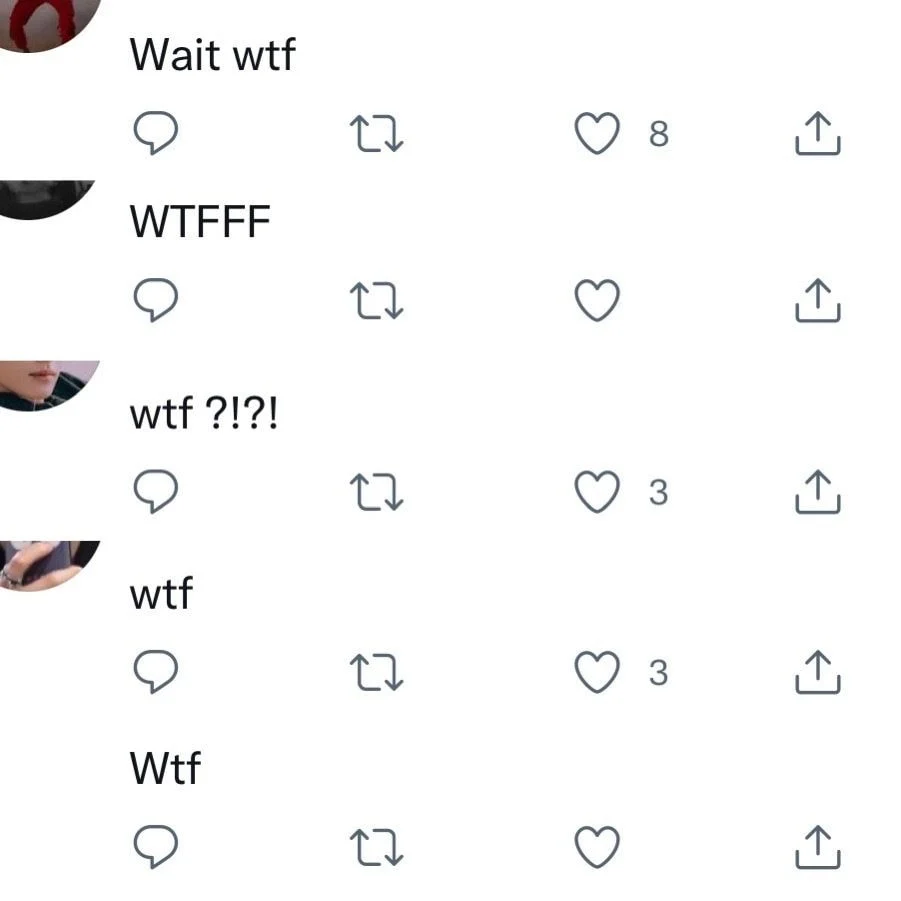 1. BTS
2. Seventeen
3. NCT DREAM
4. Seventeen
5. NCT127
2021 yearly digital sales ranking (Gaon)
1. IU
2. Brave Girls
3. BTS
5. IU
5. Aespa
.
.
.
NCT 127 x
original post: here
1. ㅋㅋㅋㅋ SM Music Awardsㅋㅋㅋ You guys sure have a lot of nerves
2. Give the Bonsang to those 3 teams!!!!!
3. Do they not have any shame?
4. Just only call SM artists next time and only play SM songs… I’m embarrassed to even watch it
5. As an NCT127 fan, I’m pissed off too f*ck… We find it dumbfounding as well…. It’s annoying that they became the butt of the joke now
6. HYBE is a saint
7. SM music awards.. They were always famous for that… But it’s even more shocking seeing how NCT received one of the least amount of votes and had one of the worst results
8. NCT for a Daesang…? So random
9. IVE hit so big, how can they not get the rookie award?
10. I’ve listened to some NCT songs, but this song is seriously not Daesang-worthy… ㅋㅋㅋㅋㅋㅋ