Search
T/n: Youngwoong = hero in Korean
On the 21st, on Olympic road, he was the first to report a car accident → Performed CPR 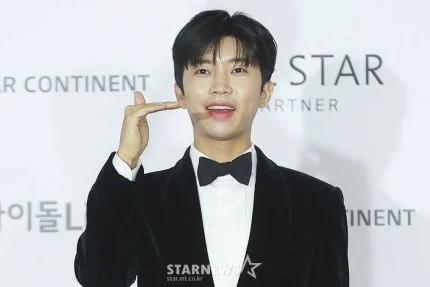 Singer Im Youngwoong saved a person in critical state at the scene of a car accident.
As a result of Star News’ exclusive coverage on the 23rd, Im Youngwoong took first aid measures such as performing CPR on the driver who lost consciousness at the scene of a traffic accident near Banpo Bridge in the direction of Yeouido on the afternoon of the 21st in Seoul Olympic-daero.
According to officials, an accident occurred around 4 or 5 pm that day, when a van collided with multiple vehicles and collided with a guard rail.
Amidst the congestion caused by the accident, someone headed to the driver’s seat of the accident vehicle, and saw the woman in the passenger seat waking the unconscious male driver.
According to eyewitnesses, it was Im Youngwoong  who gave first aid to the driver of the accident. After taking first aid measures for the driver, Im Youngwoong took the unconscious driver out of the vehicle and laid him down with the accompanying officials, covered him with a blanket and continued emergency measures. The 119 rescue team arrived at the scene and was able to transport the driver who was conscious.
A Seocho Fire Department official said in a phone call with Star News on the 23rd, “When the paramedics arrived at the scene, eyewitnesses said that a man assisted in the rescue, and wrote down the man’s name and contact information, etc. and when I validated afterwards, I realized it was Im Youngwoong.”
source: http://v.media.daum.net/v/20220123162756800
original post: here
1. My mom will fall in love with him all over again
2. This isn’t something easy to do, he’s seriously amazingㅠㅠ He’s worthy of his name as expected!! The father who gave him his name must be so proud too
3. He’s living a life worthy of his name… So cool 👍🏻
4. 👏👏👏👏 I need to tell this to my mom right away
5. Wow this is crazy hard to do, but he performed CPR right away
6. Wow this is seriously impressive. It’s seriously not easy to take action in moments like that
7. Wow this is making me see him in a new light, he did something amazing
8. Worthy of his name
9. Wow our mom will be so proud of him bbb
10. It’s scary to reanimate someone who’s lost consciousness by giving CPR, this is amazing