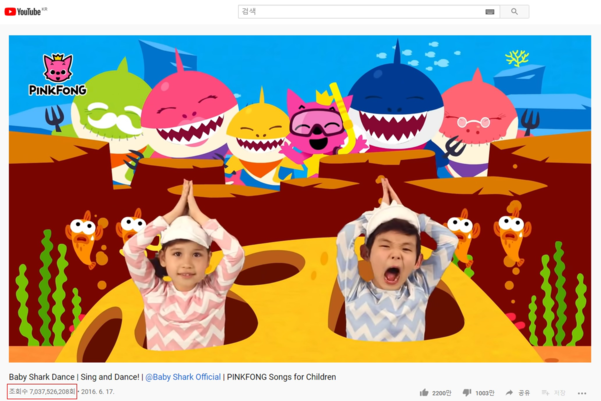 Article: ‘Baby Shark’ is #1 on YouTube… foreign media takes attention “the next generation of K-Pop”

4. [+15, -10] Please stop calling this a Korean or K-Pop song, it’s actually a North American traditional children’s song. Some of you are so embarrassing.

6. [+12, -3] Koreans are feeling too prideful over this when the original’s actually a foreign song~~

7. [+8, -6] This actually isn’t a Korean song. Apparently there’s already a foreign song that sounds exactly the same? There were plagiarism controversies over it.

8. [+5, -0] Koreans are good at creating content but they’re not good at turning it into a franchise like ‘Sesame Street’ or ‘Disney’. We hit walls when it comes to growth.

9. [+4, -1] Wasn’t there controversy over this because it’s originally an American song?