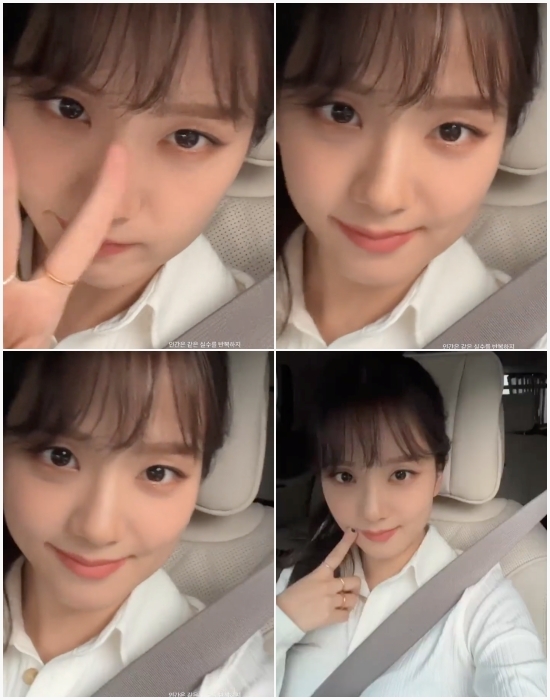 On the 20th, BLACKPINK Ji Soo posted a short video on his Instagram story with an article entitled “Man repeats the same mistake, so I repeat the bangs and repeat the repetition”.

In the video, Ji Soo recently unveiled a new hairstyle with her bangs gently touching her eyebrows.

Gi Soo, who tied her hair and made a soft make-up, snipped at the fan sim, sporting the face of a pure beauty.

According to YG Entertainment on the 18th, BLACKPINK’s Last Like music video exceeded 1.1 billion YouTube views at 5 pm on the day.

It is about seven months since the 1 billion-view gold tower was built. It is a song that has been released for four years, but it still gives global fans an interest and love.