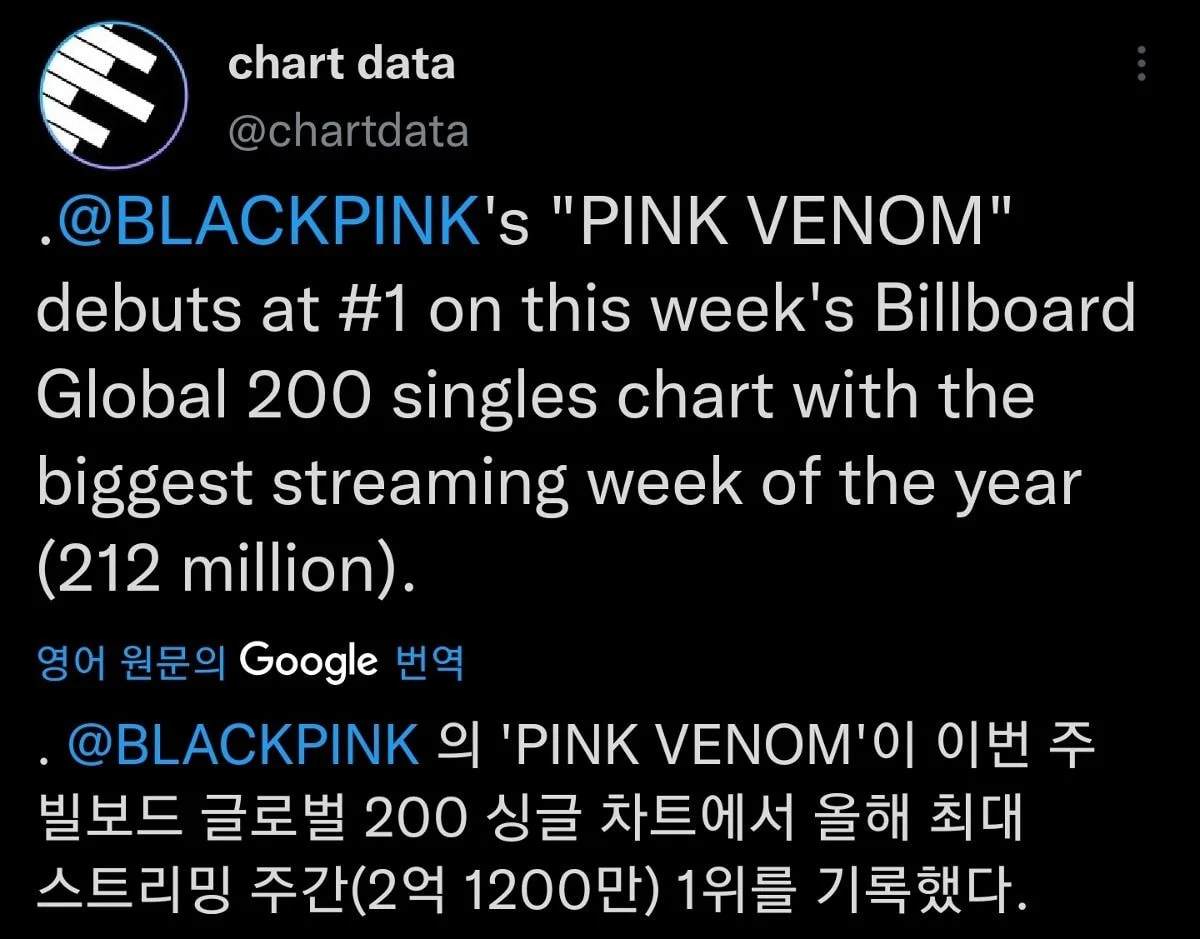 They were also in the US Global Chart’s #1 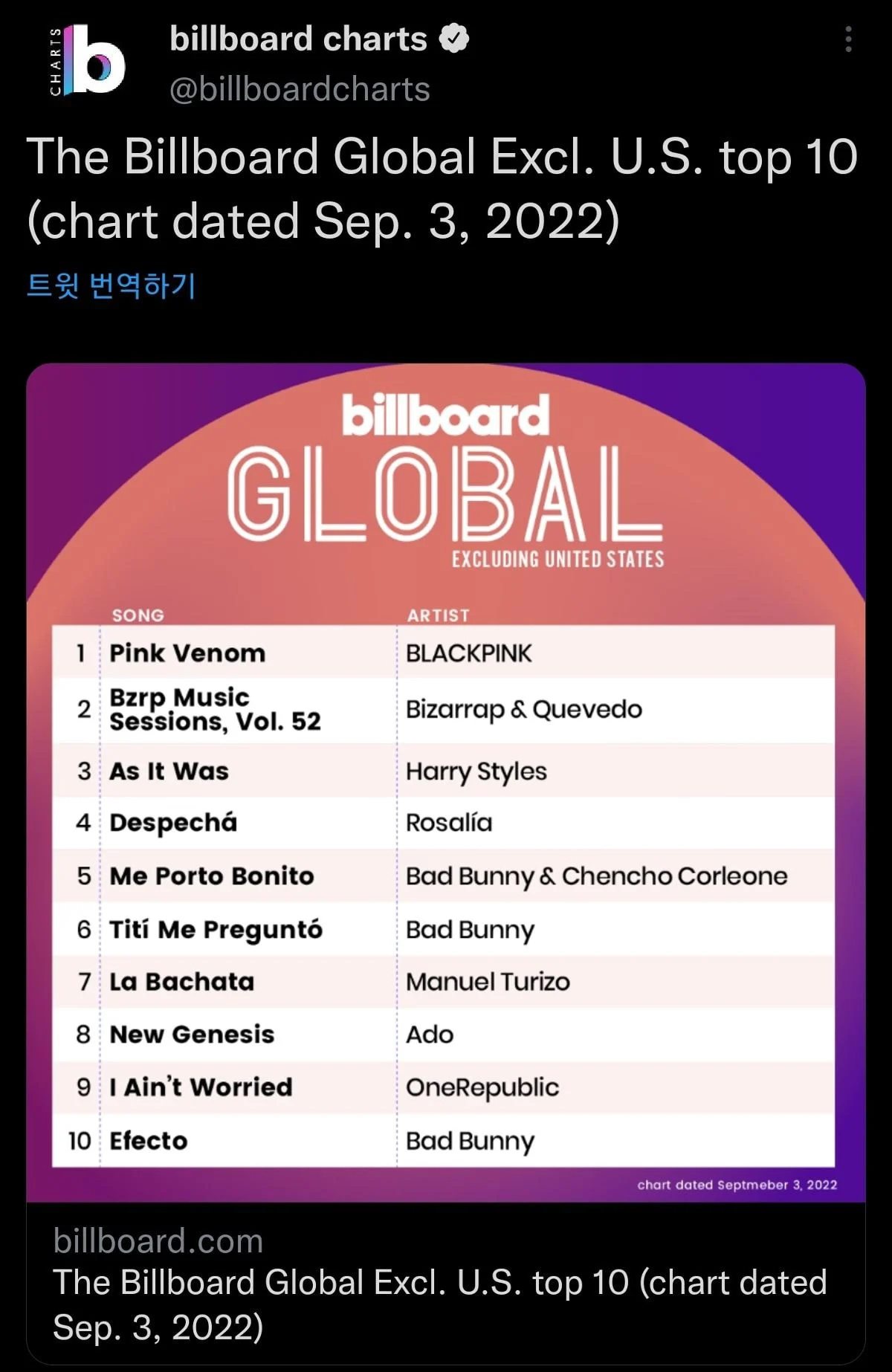 original post: here
1. They’re seriously insane, congrats congrats
2. This is daebak, the song is indeed good
3. BP is successful
4. I feel like foreigners like this song even more than us this time, they have that vibe that they like. Congrats congrats
5. Daebakㅋㅋ Isn’t this a pre-release too?? I hope the full album does even better than this ㅋㅋ
6. Congrats JjangPink 🖤💖
7. In other words, their streams worldwide are doing amazing? Congrats congrats
8. Congrats, I’m another group’s fan but even I’m waiting for their full albumㅠㅠ
9. Let’s hit #1 again with the 2nd full album!!
10. BTS and BP both hit #!, they’re seriously the representatives of KPOP
[theqoo] BLACKPINK ‘PINK VENOM’ ARRIVES #22 ON BILLBOARD HOT100

1. Let’s hit bigger
2. Wow this is a pre-release, daebakㅋㅋㅋㅋㅋ
3. Wow this is fascinating, the results are just as predicted
4. I bet their title track will enter the top 10
5. Oh BlackPink congrats congrats, it’s so hard to make it to the HOT100 after the charts reformed, congrats
6. Wow this is it. I thought they’d drop because HOT100 reformed the charts. BP congrats
7. They’re freaking impressive
8. I was worried because of the radio issue, but this is daebak for a Korean songㅠㅠ
9. GrowthPink 🖤💗
10. They’re living their career high. But the predictions were indeed accurateㅋ People were predicting they’d hit 22nd and it actually happened