Femme fatale quartet BLACKPINK has officially started to gear for their much-anticipated return as they dropped their first teaser. 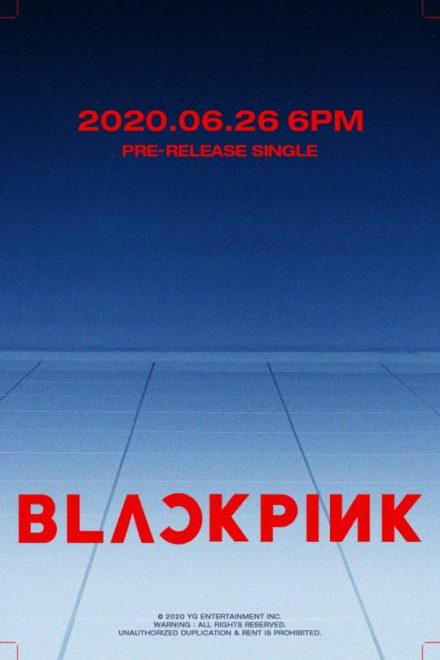 On June 10, YG Entertainment took to its social media to drop a comeback teaser. Through the photo, the agency revealed that the girls’ upcoming pre-release single will be released on June 26 at 6 PM KST.

This will mark as the beginning of their grand three-phase comeback. Their upcoming first regular album will specifically introduce 10 new songs.

Aside from the full album announcement, the agency also unveiled that the members will be releasing solo tracks this year. As Jennie had already finished, next in line to gift fans with a new track is Rosé. Soon after, Lisa and Jisoo will also have their own spotlights later this year.

In related news, the K-Pop quartet recently delighted fans with their collaboration with Lady Gaga. Titled “Sour Candy”, the song has impressively debuted on Billboard’s Hot 100 at No.33. Quickly after its release, it also dominated the iTunes Top Songs Chart in 57 regions around the world.