Leading K-pop girlgroup, BLACKPINK, continues to excite fans and sweep global attention with their collaboration endeavours. For their newest musical partnership, they are working with one of Western pop music’s largest superstars, Lady Gaga. 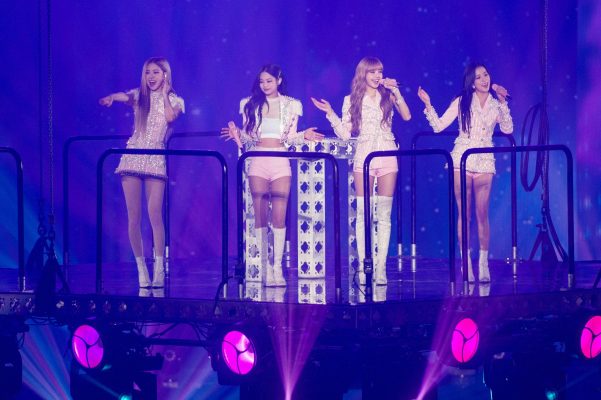 The K-pop group’s agency, YG Entertainment, announced on April 23 that the band is featured on Lady Gaga’s upcoming album, titled Chromatica. BLACKPINK is one of many talented artists teaming with Lady Gaga for her album, which includes others such as Elton John and Ariana Grande.

The K-pop group’s devoted fandom, Blinks, eagerly anticipate BLACKPINK’S feature on Gaga’s track called “Sour Candy”. The album has no set release date following its delay due to COVID-19. While there are currently no hints from either artist as to what fans can expect, considering the discographies of both collaborators, this track will surely amaze listeners.

Blinks can be confident that “Sour Candy” will be another impressive song collaboration by considering BLACKPINK’s previous hits. Their previous collaboration with successful British pop star Dua Lipa on her track “Kiss and Makeup”, was loved by many.

The group carried on to spread K-pop’s globalization through this partnership in 2018 with record-breaking results. The song was certified silver by the BRIT Awards following its impressive 200,000 units sold. It was also the first K-pop track to receive such distinction.

BLACKPINK is quickly asserting themselves as forefront artist in the effort to introduce K-pop to global audiences. While BLINKS are eagerly anticipating “Sour Candy”, they are also awaiting their independent work.

Following the release of their highly successful first EP Kill This Love in 2019, the band is on track to release their own new album.

This collaboration with Lady Gaga is not only a milestone achievement in their careers, but also a glimpse of promising future opportunities. If their success so far is any indication of what the future holds, BLACKPINK and Blinks alike can eagerly look forward to what is in store.