Backed up by their supportive blinks, BLACKPINK achieves yet another YouTube milestone! 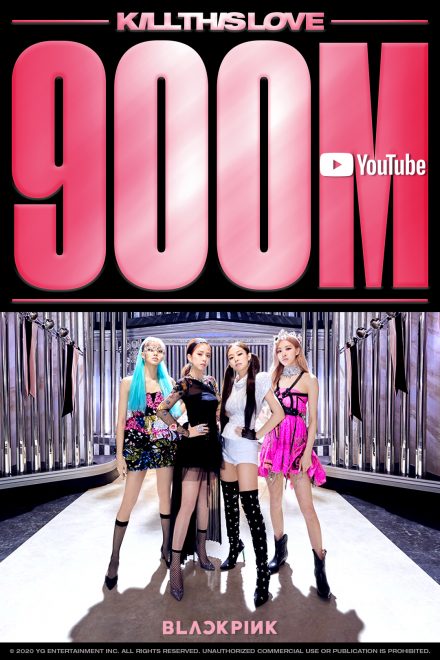 Just recently, the femme fatale group’s music video for their well-loved track “Kill This Love” has officially exceeded the 900-million mark on YouTube. Remarkably, Jennie, Jisoo, Rosé, and Lisa were able to achieve the amazing milestone in one year, three months, two days, and 18 hours after the song’s successful global release on April 5, 2019.

Additionally, BLACKPINK’s “Kill This Love” officially became their second music video to surpass the said massive amount of views after “DDU-DU-DDU-DU”. The only other K-pop tracks that likewise joined the 900-million club on YouTube are “Gangnam Style” and “Gentleman” by Psy and BTS’ “DNA”.

Aside from its YouTube success, the track likewise gained various accolades. Quickly after its release, “Kill This Love” entered Billboard’s Hot 100 single chart and placed 41st – the highest for a K-Pop girl group. Moreover, it became the “Music Video of 2019” at the E! People’s Choice Awards.

Celebrate BLACKPINK’s latest YouTube milestone by watching their charismatic music video for “Kill This Love” below: