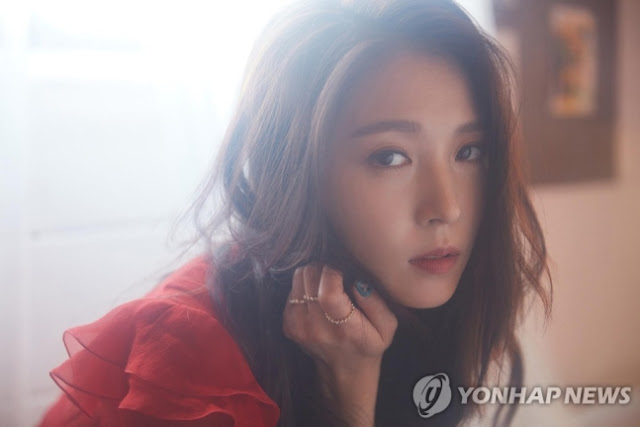 1. [+1,672, -62] SM is claiming that she had no intention of bringing it into the country illegally and that the mistake was made from not knowing the rules but this sounds similar to what Park Bom said and how she had an American prescription but she didn’t know that it was illegal in Korea. SM and YG are saying the same thing but I’m suspicious as to whether they really didn’t know.

2. [+1,374, -471] Zolpidem is used to help you sleep. Honestly, after having debuted at such a young age and only showing perfection for all these years, can you imagine the struggles she must be facing underneath all that? Imagine struggling to the point of needing Zolpidem to fall asleep? Yes, she should be criticized for smuggling a drug, but this piece of news actually makes me worry for her and hope that she doesn’t rely on other drugs to help her struggles.

3. [+507, -21] Zolpidem is often prescribed in Korea to aid in sleep issues so why did she go to Japan specifically for her prescription? If she had just told her doctor, they would’ve prescribed her something easily..

4. [+389, -29] One thing that has me suspicious is that even if she had been prescribed it in the past, you need a new doctor’s check up and prescription to get it again… Most doctors don’t just look at a past record of prescriptions and give it to you just because you took it before. I used to live in Japan and they never gave you prescriptions unless you came and got a check up with them.

5. [+182, -2] Anyone knows that prescription drugs are safest when you go to your own doctor and get it prescribed to yourself… so why get a staff member to get a prescription overseas and have it delivered to you? That’s not normal??????

6. [+154, -24] I saw her on TV recently and she looked so skinny, aged to the point of looking like a grandma… and she’s only 35… made me wonder if she was sick or under a lot of dieting stress. I’m sure reaching the top at such a young age has left some feelings of emptiness within her now but I hope she learns to let go of that and find happiness for the sake of the remaining decades of her life.

8. [+99, -2] She’s a Director at SM and she didn’t know? You can find anything on the internet, and the fact that she had someone else’s name to bring it in? And it’s not just Zolpidem on the list of drugs she tried to smuggle, which is an issue in itself ^^ People, ignorance does not excuse your crime in the face of the law ㅋㅋ It’s not like she doesn’t know how to read.

9. [+77, -8] I suffer from insomnia and used to be able to be prescribed Zolpidem in large quantities, but ever since celebrities started using it as a drug, I’m only able to get 28 pills per prescription. It’s the only thing that helps for us insomnia patients and it’s annoying that it’s getting harder to get it at larger quantities because of these celebrities.

2. [+821, -21] If the drugs in Korea weren’t working and she found ones in Japan that worked better, then basic sense would mean that she’d go to Japan to get it herself. All she needed was one doctor’s note but she had to use second and third party staff members to bring it in on her behalf. What was the reason for that? BoA has been in and out on international trips so frequently and yet she and SM both didn’t know the rules? Please, don’t try to cover the sky with your hand.

3. [+491, -16] What’s more amazing is that BoA was in four of the top search rankings but they all disappeared at once. SM’s power ㅋㅋㅋㅋㅋㅋㅋㅋㅋ

6. [+134, -1] I’m curious how much SM is blocking this in the media because someone of BoA’s name should blow this scandal bigger than it is

7. [+87, -4] Everyone in the celebrity industry seems to be suffering from something mentally

8. [+83, -0] How can you claim ignorance on a drug related matter? As the director of a company in the entertainment industry? After seeing all those examples set by others? Tsk tsk tsk… I’m sure she’s just saying whatever her lawyer is telling her to say.

9. [+84, -2] Zolpidem is prescribed in Korea to treat insomnia so why did she get it from Japan? Just curious

3. [+413, -11] If it was truly for treatment purposes, then she could’ve gotten it prescribed in Korea. Why have a staff member get it for you in Japan? ㅋ why the extra steps..

4. [+126, -2] Zolpidem? All the way in Japan?? Weird… And the articles are only saying Zolpidem but I’m thinking the other drugs in the mix are a lot more controversial than this one

5. [+99, -1] Zolpidem is an insomnia treatment… is SM not helping their artists manage their mental health? How are all these celebrities suffering from insomnia, depression… they’ve had several suicide cases too…

2. [+646, -20] Who goes and gets their insomnia prescription all the way overseas? You can go to any local hospital and get it prescribed right there ㅋㅋㅋㅋㅋㅋㅋㅋ

3. [+463, -73] Even if it’s used to treat insomnia, a drug is a drug. Farewell, you were my idol ㅠ I read somewhere that she’s been taking this drug since Japan… but there are plenty of other drugs that can do the same thing ㅠ this isn’t some supplement or a vaccine, all prescription drugs have the same rules.. I can’t shield this ㅠㅠ

5. [+141, -4] I think Lee Soo Man is spending a pretty penny on protecting BoA. Please stop turning such young kids into idols. You take them away from their parents at young ages and force them to become singing and dancing machines. No wonder they’re so reliant on drugs.. I feel bad for them.. But yes, I hope BoA gets the legal punishment she deserves for this.