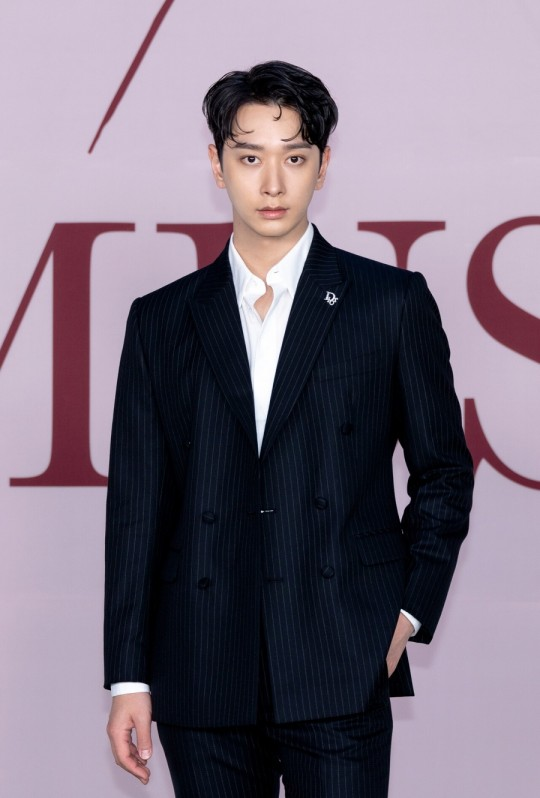 JYP Entertainment responded after reports revealed that the fiancée of 2PM’s Chansung is eight years his senior.
On January 25 KST, JYP Entertainment stated, “Our exclusive contract with Hwang Chansung recently came to an end. Please understand that the inquiry regarding the artist is personal and thus, is difficult to confirm.”  According to several entertainment industry insiders, Chansung’s fiancée is reportedly eight years his senior, currently 40 years old. Chansung was born in 1990 and is currently 32 years old.
Meanwhile, Chansung previously announced his marriage and fiancée’s pregnancy, delivering the good news to his fans through a handwritten letter. Further, he has decided not to renew his contract with JYP Entertainment, after his exclusive contract with them came to an end after 15 years.
CR: Allkpop
original post: here
1. Everyone is congratulating them but there’s always that one or two people who are purposely ruining the mood. They are what we call “trolls”. Just ignore them, congrats on the marriage~
2. Be happy and congrats
3. Why is the atmosphere so different than other idols’ wedding news?ㅋㅋㅋ His girlfriend made it f*cking obvious on her Insta and they even followed and mentioned each other on Twitter back then.. Fans were just all pretending not to know. But who knew that they would even get married?
4. His fiancee is 40???? Chansung-ah, you’re not marrying because you’re bus getting pregnant right???? Seriously, I hope that they get married for love..
> You’re so f*cked up
> Huh? What are you saying?
5. Wow getting pregnant at 40ㅠㅠ they seriously must be so happy. Congrats congrats
6. 32 is younger than I thought but I felt a bit awful thinking about my bias ㅋㅋ but 8 years older is impressive
7. Wow I’m jealous ㅜㅜㅜ congrats
8. Hwang Chansung is my bias so I’m a bit perplexed… I can’t congratulate him fully but at the same time I can’t help but wish him happiness… As long as he’s not a nuisance to the group
9. I’m seeing him in a different light with how he doesn’t mind the age gap and is taking responsibility for his actions. Be happy
10. Looks like the fans are all perplexed… 2PM fans, fighting
11. Wow getting pregnant at 40 is something to congratulate for.. Chansung is so impressive, anyways the fans did nothing wrong
12. I pitied the fans a bit looking through their comments, but seeing how the trolls are also here, I don’t pity them that much anymore…
13. Be happy!
14. Congrats congrats, they said that they were dating for 5 years
15. Getting pregnant naturally in your 40’s is seriously a blessing. Be happy
[theqoo] PARK SE YOUNG ♥ KWAK JUNG WOOK’S WEDDING “MET IN ‘SCHOOL 2013’→ DATING” 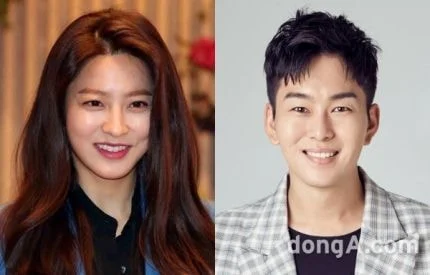 Actress Park Se Young is getting married to actor Kwak Jung Wook.
According to Park Se Young’s agency CLN Company on January 24th, the actress is getting married to actor Kwak Jung Wook in mid-February. Below is the full statement from the agency.
“Hello, this is CLN Company. We are writing to deliver great news regarding our actress Park Se Young.
Park Se Young will be tying the knot with actor Kwak Jung Wook in mid-February of 2022 in Seoul. The two have been friends since ‘School 2013’ and grew to be more than friends a few years ago.
Please celebrate their new beginning with warm regards. For the time being, the wedding ceremony will be held in private with only their family members attending. We ask for your understanding.
Park Se Young plans to continue showing her best self as an actress with her performances in the future. Please support her future endeavors as an actress.
Thank you.”
Meanwhile, Park Se Young debuted with SBS’s ‘If Tomorrow Comes’ in 2011. Kwak Jung Wook debuted as a child actor and gained public attention with ‘School 2013’.
CR: Allkpop
original post: here
1. Kwak Jung Woo..!! His acting is so good in all his works so he left a good impression on me. Congrats on your marriage!!
2. Hul hul I was reading posts about the drama recently and was curious about Oh Jung Ho’s whereabouts. Be happy
3. Hul crazy, School is so nostalgic
4. No, Ha Kyungie… Oh Jung Ho… congrats ㅠㅠ
5. Park Se Young congrats congrats!!!!
6. Hul daebakㅋㅋㅋㅋㅋㅋㅋㅋㅋㅋ congrats congrats, be happy!!!~!!
7. Wow what in the world
8. Daebak
9. Hul hul School!!!!!!!ㅋㅋㅋㅋㅋㅋㅋㅋㅋㅋㅋㅋ wow congratulations
10. Since when were these two dating????? Congrats congrats
[theqoo] SON DAMBI, GETS MARRIED TO LEE KYOU HYUK “WE ARE GETTING MARRIED IN MAY” 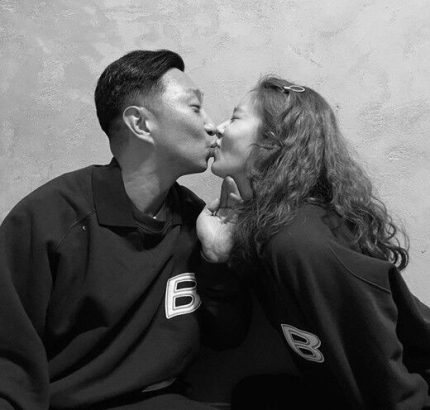 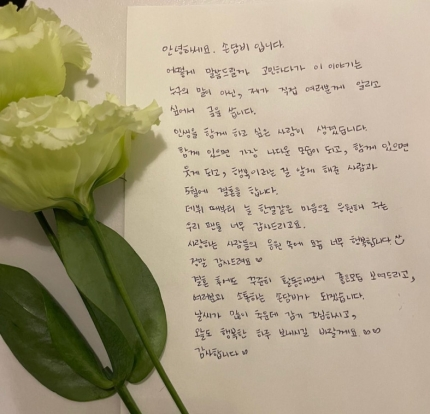 (T/N: the main posts from TheQoo was later deleted, this is a repost with less engagement)
Son Dam Bi and former national long track speed skater Lee Kyou Hyuk are officially getting married!
Back in December, Son Dam Bi’s and Lee Kyou Hyuk’s agencies confirmed that the two had been dating for three months. Last week, Son Dam Bi denied reports of marriage in response to rumors based on unfounded claims from a YouTuber. However, on January 25, Son Dam Bi posted a handwritten letter on Instagram to personally announce the exciting news.
Her touching letter reads:
“Hello. This is Son Dam Bi.
After thinking over how to tell you all, I am writing this letter because I wanted to personally tell everyone instead of it being from somebody else’s words.
There is a person I want to live my life together with.
When I am with him, I become the most like myself, and when I am with him, I smile. I am marrying the person who made me realize what happiness is in May.
I am very grateful to fans who have supported me without change since my debut. These days, I am so happy being surrounded by support from the people I love.^^ I am really grateful.
After marriage, I will continue working consistently and show a good side of myself, and I will work to communicate with all of you.
The weather is very cold, so please be careful not to catch a cold. I hope you will all have a happy day today as well.
Thank you”
CR: Soompi
original post: here