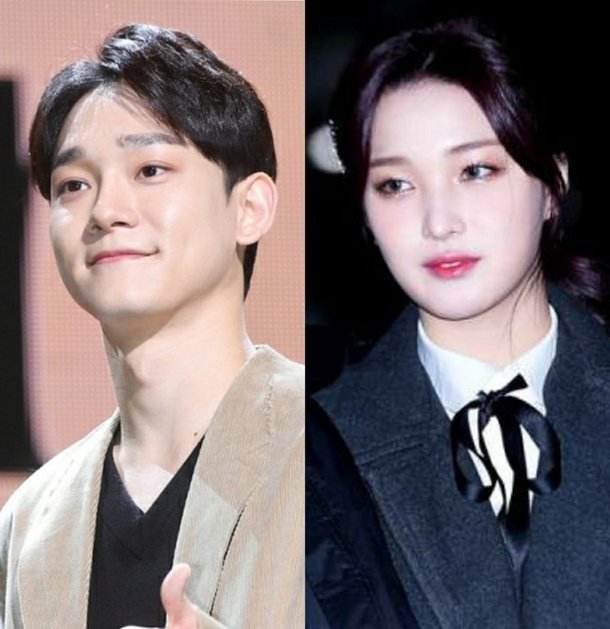 Article: EXO Chen, Yulhee… idols who are dads and moms… why are fans reacting so coldly?

1. [+1,520, -37] When people were suspecting Chen’s wife to be 7 months pregnant, he called it a rumor.. ㅋㅋ and when fans were left wondering if there were any other ways for him to betray them again, they found out that he actually already knew he had a baby on the way during the group’s album promos. As for Yulhee, she ruined Laboum’s future and is selfishly off on her own. Who would support either of them? It’s actually quite amazing that Yulhee’s on TV giggling here and there since non-fans don’t know what she did to her group~

2. [+1,380, -35] Marriage and birth are deserving of blessings but their biggest mistakes were letting it affect their groups in a negative way

4. [+176, -5] When Yulhee got pregnant, she said that she was quitting her celebrity career, so her agency terminated her contract without any penalty fees. However, after giving birth, she’s back to her celebrity promos like nothing ever happened, which is what’s getting her the hate.

5. [+121, -6] Both of them impacted their teams negatively. They betrayed their fellow members who spent years of their teen lives undergoing intense training to become singers. Can you imagine how it must feel to be out of a job now while the member that caused it all is on TV all the time?

6. [+101, -5] No one is hating on them for getting married or giving birth. However, becoming an idol is not something that happens as an individual effort. It’s a combined effort of your members, fans, and your agency. It’s selfish to cut all of them off just for your own happiness. I will always support someone who pursues their happiness, but they need to know that in order to gain something, you must lose something as well.

8. [+78, -20] Chen and Yulhee are different situations, no? ㅋㅋㅋㅋㅋㅋ Fans knew that Chen had a girlfriend the entire time but when the girlfriend started making it obvious that she had gotten married, fans assumed she broke up with Chen for someone else… only to find out that it was Chen she married ㅋㅋㅋㅋ as for Yulhee, well, she was in a nugu group before leaving the moment she got pregnant ㅋㅋ people are just mad that she’s doing better on her own than when she was in the group and booking more shows too ㅋㅋㅋㅋㅋ

9. [+69, -2] What idol in the world plans marriage and pregnancy while still in active careers? It’s all the result of being irresponsible, so of course fans are going to be disappointed in that.

10. [+60, -13] At least Yulhee left her group. Not like she was a member who received much support anyway. Laboum got their name out there thanks to Yulhee’s pregnancy news, no? Not that she’s in the right but it’s not fair to put her alongside Chen.

11. [+40, -8] Yulhee’s actually pure evil considering that she was sneaking around while still living in a dorm with her members and got pregnant

13. [+35, -1] Chen played his fans for fools. He denied rumors only for fans to find out that his girlfriend was already pregnant when his album was out. Then he had the audacity to use a member’s album release as a shield for himself ㅋㅋㅋㅋ you don’t even have to be a fan to see through his intentions and feel the stab