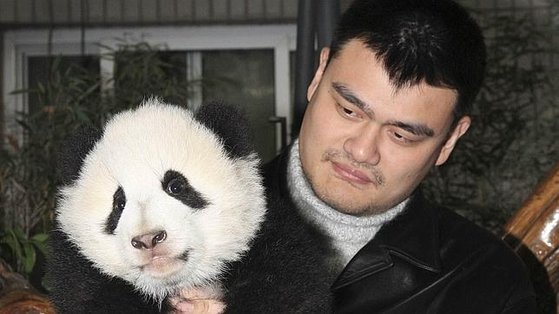 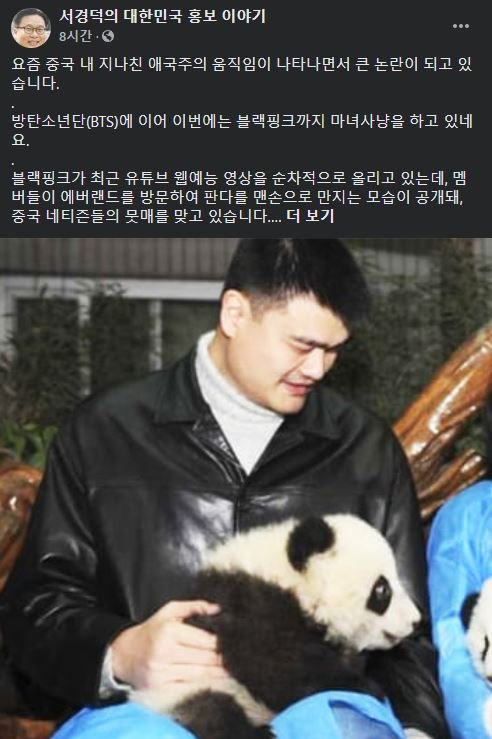 Article: Chinese netizens hated on Black Pink for touching a panda… but Yao Ming touched one with his bare hands too

1. [+1,747, -37] Black Pink deserves the hate for touching that panda. How could they touch that dirty panda with their bare hands? What if they caught any germs? Did they not think of all the Black Pink fans who are concerned for their health right now?

3. [+126, -0] These netizens are just looking for a target to take their anger out on. I worked in China for two years and it’s full of uneducated people who work for pennies and are brainwashed by their government so they can’t take their anger out on the upper class and have to resort to taking it out on neighboring countries. This was 10 years ago but what do you expect from people who get paid $150-200 a month.. they gotta find joy in something, even if it’s something like this.

4. [+108, -2] Don’t go to China, don’t buy things from China, all Koreans need to boycott China. Anyone who refuses is a traitor to the country. Please throw all your Xiaomi products out.

5. [+61, -1] The Chinese think of pandas so preciously but look at how they treat any animal that isn’t a panda. So many animals at risk of extinction are being abused by the Chinese wealthy. And they have the nerve to throw a fit like this over touching a panda with bare hands? Then attack Yao Ming too.

8. [+25, -0] It’s annoying that they’re talking about hygiene when they’re the least hygienic

9. [+22, -0] The Chinese talking about cleanliness is already a comedy

10. [+22, -0] I’m worried that Black Pink caught any germs from the panda ㅠㅠ did they properly clean the panda before letting them touch it??

1. [+2,521, -6] It’s always the one who farted who gets the most mad. Who does China think they are to be criticizing anyone when they’re the ones who spread the virus?

2. [+2,270, -10] Then what about all the barbaric things you Chinese do overseas? I’m too lazy to list everything out but enough’s enough. You’re the most barbaric country of the world.