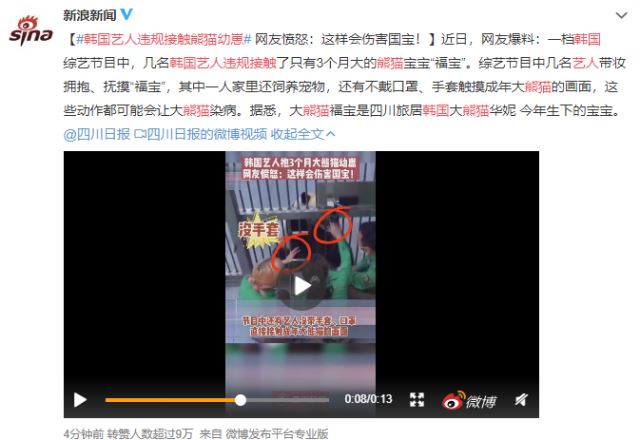 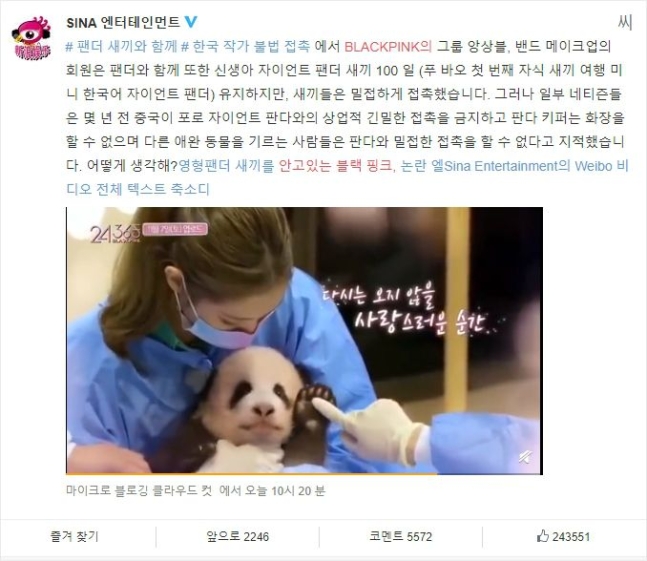 2. [+40, -1] With Korean singers being so popular, it seems like they’re just attacking anyone now, whether it’s BTS or Black Pink!

3. [+24, -1] Why do the Chinese keep butting in about our country’s celebrities? Sick of it.. enough’s enough, stop acting like children ㅡㅡ;;

6. [+3, -0] That’s rich coming from a country that buries unjust deaths ㅋㅋㅋㅋㅋㅋㅋ and now they’re making a big deal out of touching a panda with bare hands ㅋㅋㅋㅋㅋㅋㅋㅋㅋ so ridiculous  ㅋㅋㅋㅋㅋ

8. [+2, -0] Even if Black Pink had worn gloves, they would’ve picked a problem with that too. They’re so jealous of Korea that they’ll find a problem out of anything. Just give back the pandas… we don’t benefit by holding on to them other than giving them more fodder to pick fights with us.