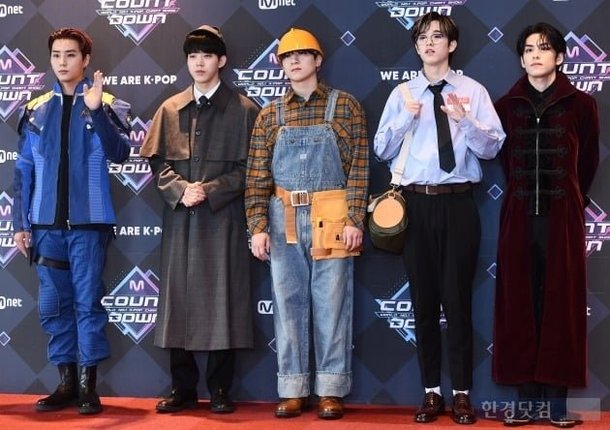 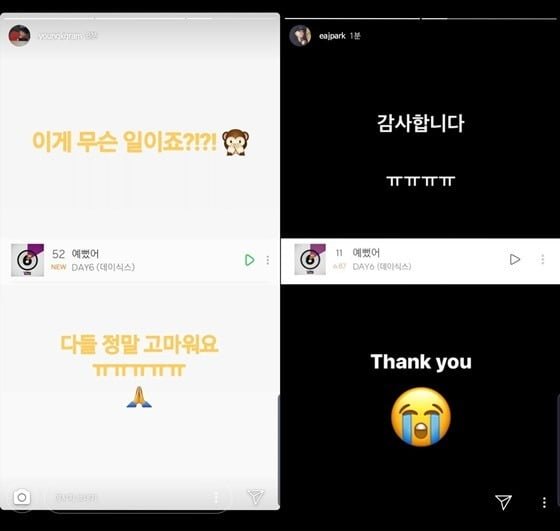 Article: Day6 members surprised at ‘You Were Beautiful’ climbing back up the charts “What’s going on?”

1. [+967, -80] Come on, think logically. They’re under JYP and their CEO is Park Jin Young ㅋㅋ as if sajaegi would ever make sense ㅋㅋ Park Jin Young is actually the one who filed reports against sajaegi.

3. [+851, -80] It’s not sajaegi. It was on a list on a community post about songs that people wish would climb back up the charts and it got over 100,000 views. Everyone recommended ‘You Were Beautiful’ on that post, which is why fans took it as an opportunity to get it on the charts that morning.

4. [+51, -11] That song and ‘Congratulations’ are really good. Sad that they weren’t more popular. Wish both songs would climb back up.

10. [+33, -0] I’m not a Day6 fan and don’t even know who the members are but when I first heard this song, I liked it so much that I listened to it until I got tired of it. I don’t listen to it anymore but it’s super cool that it’s in the news now.