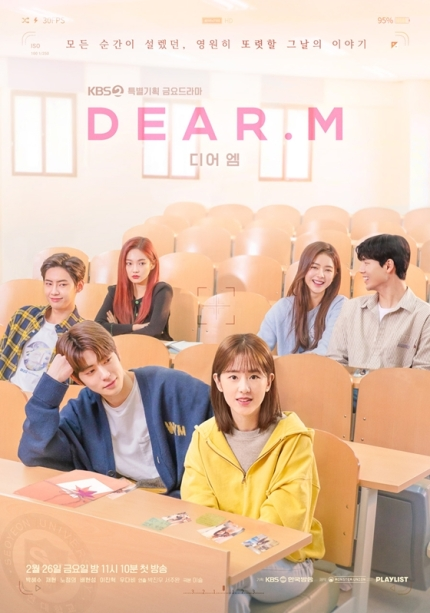 ‘Dear.M’, which was canceled last year due to the main actor’s ‘school violence’ controversy, is still on hold in 2022.
As a result of the Star News coverage on the 11th, the programming of the KBS drama ‘Dear.M’ was put on hold for 2022. First, broadcasting is expected to be difficult in the first half of this year.
‘Dear.M’ was scheduled to premiere on February 26 last year as a follow-up Friday drama to ‘Imitation’. However, through an online community, suspicions of school violence committed by Park Hye-soo, who played the lead role in the play, were raised. Park Hye-soo’s side strongly denied the allegations of school violence, but some netizens online claimed that they had been harmed. Accordingly, KBS canceled the scheduled broadcast of ‘Dear.M’ and postponed the program. In addition, Park Hye-soo’s agency, Studio Santa Claus, started taking legal action, and filed a complaint in March 2021. Park Hye-soo’s allegations of school violence are still under investigation by the police.
In this regard, a KBS official showed a cautious reaction, saying, “For now, it seems that programming will be difficult in the first half of this year. We think we will be able to discuss the airing only after the police investigation results come out.”
‘Dear.M’ was put on hold due to indefinite postponement for 11 months after the broadcasting was canceled. In fact, attention is being paid to whether it will be possible to ever see the light.
Source: https://n.news.naver.com/entertain/now/article/108/0003020244
original post: here
1. What “on hold”? Just scrap it..
2. Must they broadcast it? It’s not like the facts surrounding her bullying will disappear as time goes by. She’s completely evil
3. Seriously, just edit this as a Jaehyun dating simulator
4. Giving this a no-go is a shame for the other staffs and actors.. just why all of this because of one person? ㅠㅠㅜ Don’t air this with the usual broadcast, try another route
5. It will be hard to edit the main character out though…
6. I’m not a fan of anyone here but there’s 1 idol I’m supporting so I was looking forward to it.. Seriously, it’s a shame for the people who worked with her..
7. Please scrap it already
8. I was gonna watch it since Jaehyun is likable ㅠ
9. This seriously pisses me off
10. Just look at what’s happening just because of her
11. How can you sleep when you ruined Jaehyun’s career!!!!!!!!!!!!!!!!!!!!!!!!!!!!!!!!!!!!! Ugh
12. It’s even more annoying because they keep pushing it back, just scrap it ㅋㅋ