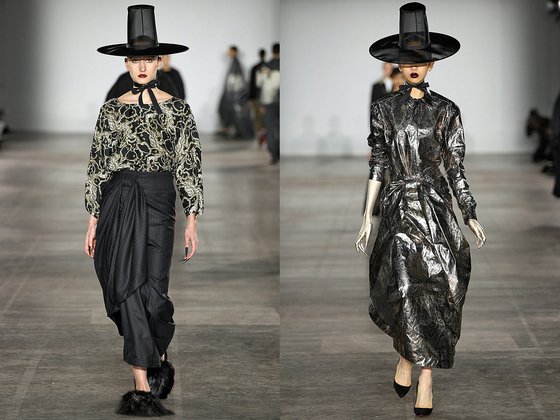 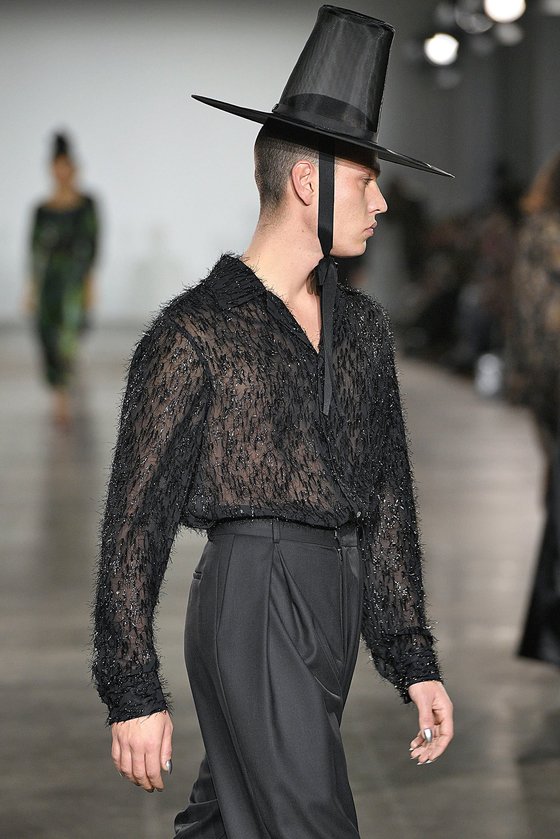 Article: English designer falls in love with the Korean ‘gat’ and features it in his fashion show “powerful charm”

1. [+311, -11] Why is our government not saying anything about China claiming our hanbok as theirs?

4. [+38, -0] Who are the people downvoting this article? The Chinese? Yes, Korea has received a lot of cultural influence from China but the hanbok was originally our export that the Yuan dynasty received when Koryeo was trendy. We are the original creators of the hanbok;;

5. [+29, -0] China lacks their own originality so they just steal everyone else’s ㅋㅋㅋㅋㅋㅋㅋㅋㅋ

7. [+7, -0] The ‘gat’ really is an impressive design. A lot of the male accessories from the Chosun are perfectly matched with all the clothing

8. [+1, -0] Seeing the ‘gat’ styled like this on models makes me think that it can actually be a unique accessory in modern times as well… I hope that it becomes more popular in the future

2. [+185, -10] Are they so jealous of our hanboks? The qipao does not look as elegant ㅋ but this isn’t something they can just claim and take. Bark all you want, no one will listen to you.

3. [+175, -3] They must really like the hanbok to want to claim it so bad. Please just know that we don’t like anything you guys make so we wouldn’t have copied it in the first place.

4. [+15, -1] This just shows how little brand power China has and how little confidence they have in their own culture that they’re trying to steal another country’s culture ㅋㅋㅋㅋ

2. [+350, -3] Please ban Chinese games in our country. Korean games are banned in China so why are we allowing Chinese gaming companies to make money in our country?? If China bans KakaoTalk and Line, we should be banning WeChat.

4. [+125, -3] Just like how kimonos and hanboks are different, the qipao is different from the hanbok