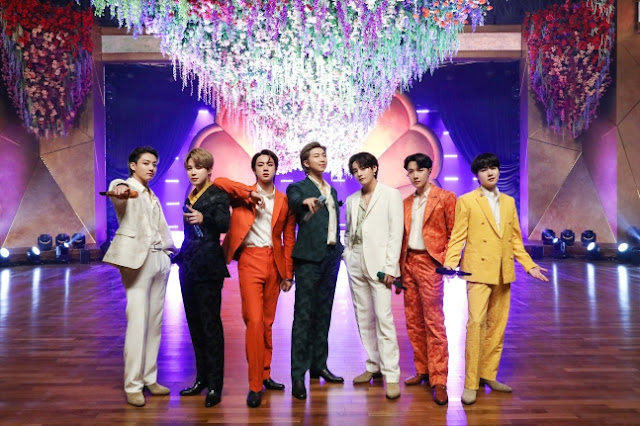 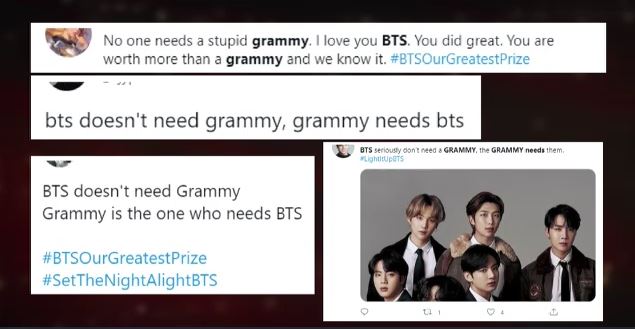 Article: Why did the Grammys use BTS for views?

1. [+1,367, -10] The last sentence of the article has the answer right there (Refinery 29 said, ‘If BTS were to hold a concert next year at the same time as the Grammy Awards, we know which side people are going to choose.’)

3. [+282, -9] I bet most fans saw the premiere and didn’t bother to turn their TVs on. You can just watch the BTS clips on Bangtan TV… why give anyone else viewer ratings~

6. [+68, -3] As if the Korean music ceremonies don’t do the same thing? Every broadcast company has used BTS for its own gain. Archive made people wait an hour and 20 minutes for 15 minutes of BTS footage. The Grammys is nothing compared to that.

7. [+59, -3] This is just fact. BTS fans are not mad because BTS didn’t win, they’re mad that the Grammys tried to pull something like this. Armies were basically held captive, waiting for BTS’ stage to start the whole time…

8. [+43, -1] I don’t care what the Grammys does next (who cares if they decide to give out an award or not) but I do wish BTS will hold a concert on the same day next time. Can you imagine seeing BTS and Armies learn of their win at their own concert?

9. [+36, -1] Let’s not focus on some local American ceremony and just keep working hard like we have been

10. [+39, -5] Thuggish Grammys for using BTS for their finale without even giving them an award, let’s see what happens next year