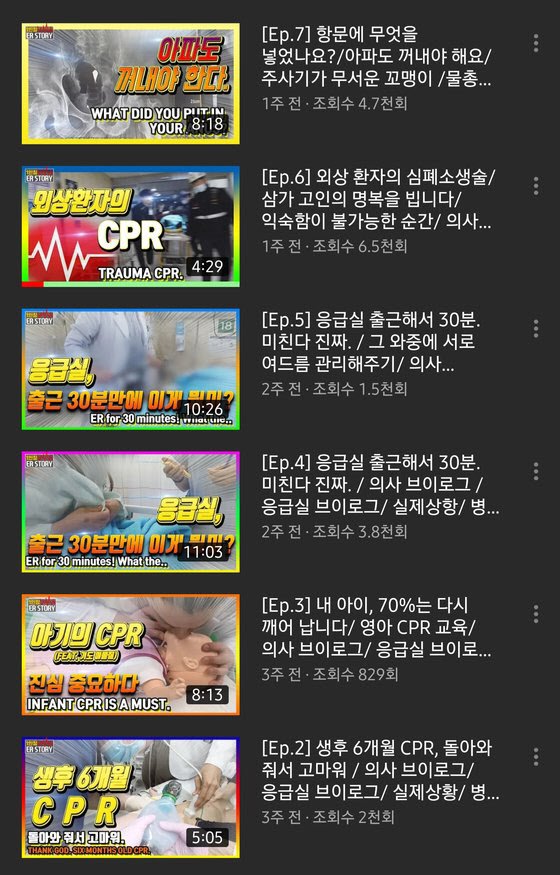 Article: “Declaration of death… wait, what did they insert in their behind?” An ER doctor’s YouTube under controversy

1. [+3,624, -23] Since when has death become something so light that it’s now considered someone’s entertainment

2. [+3,129, -19] Enough with these vlogs… I can’t believe such vlogs exist… isn’t this against some medical law?? Just focus on your surgery instead of worrying about recording your vlog..

6. [+140, -1] Was this vlog footage consented to by the families? If this is truly for “educational purposes”, then please go film a vlog of your own family member dying and upload it on YouTube for education.

7. [+104, -1] When this doctor dies, I hope someone is live streaming it and exposing intimate parts while declaring his death. What a piece of trash without an ounce of respect for anyone.

8. [+93, -1] Imagine if your own family member was rushed to the ER after a car accident… and while fighting for their life, you find out that his doctor was turning on his camera and filming everyone stripping the body, exposing bodily hair, and all of the injuries, all to post on YouTube. Imagine people watching that video like some zoo exhibit without my consent??? How can a human being think this is a good idea at all?????????? This ba$tard’s not even human?????

9. [+91, -1] This makes me want to beat that doctor. Hey, doctor! Imagine if this was your own family member? Are you going to record it then?! You’re a doctor, you shouldn’t be messing with lives like this!

10. [+77, -0] If he’s claiming that it was for educational purposes, then shouldn’t it have been recorded for private viewing within a classroom? He set the video for public viewing and that’s his excuse? I can’t imagine the pain of the family of the deceased. The medical association needs to penalize him.