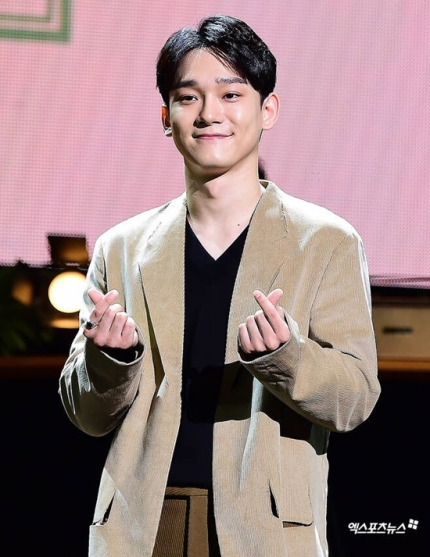 EXO’s Chen is now the proud father of two children!
In November of last year, it was revealed that Chen and his wife are expecting their second child.
On January 19, a source from Xportsnews reported that his wife recently gave birth to their second child. In response to the report, his agency SM Entertainment confirmed the news was true.
Chen announced his marriage in January 2020, and the couple welcomed their first child in April of that year. Chen is currently serving in the military after enlisting in October 2020.
CR: Soompi
Source: https://n.news.naver.com/entertain/article/311/0001400120
original post: here
1. The world has changed so much. Whether it’s Freezia, Song Naeun or Chen, fighting to them all
2. He hasn’t even discharged yet and is already having his second child!!!ㅋㅋㅋㅋㅋㅋㅋㅋㅋㅋ please withdraw and live happily with your 3rd or 4th kid. Please just withdraw
3. I feel like I’ll hear news of his 3rd child soon ㅋㅋㅋㅋㅋㅋㅋㅋ impressive
4. Father-dolㅋㅋㅋ
5. He would be better as a solo artist
6. First of all, leave the group and I will support your 3rd and 4th child
7. “Idol”ㅋㅋㅋㅋㅋㅋㅋㅋㅋㅋㅋㅋ
8. What he did well: taking responsibility for his kid. Even though he didn’t give birth himself, it’s good that he did it in a world with such low birth rate.
What he did wrong: not leaving the group.
9. ㅋㅋㅋㅋㅋㅋㅋㅋ I have a lot to say but won’t say anything. It’s just funny
10. Please leave EXO
11. I like that he got married and is living a good life with his kids but I hope he withdraws. He seriously should be thankful towards his fans…..
12. I seriously wonder if he’ll stay in the group after discharging