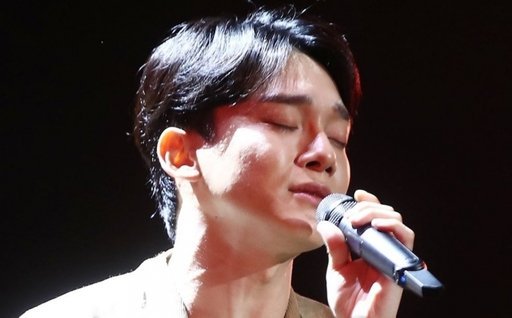 Article: ‘Chen aftermath’ EXO fandom warns SM, “We will be taking group action if there is no response to our request to remove Chen from the group until the 18th”

1. [+1,739, -141] After seeing a senior like Changmin receive blessings from everyone as soon as his dating news hit the media, Chen must’ve assumed he would receive the same response. What he doesn’t realize is that Changmin’s response was the result of years of confirming his proper character, years of experience in the industry, and at the very least, a sign of consideration and apology to the people who have loved him this far. The public and his fans did not simply congratulate him on his new relationship for no reason. Changmin went public after making sure that all the conditions of the above were first met.

3. [+1,040, -108] Suho reminds me of the Goguryeo Kingdom general Dae Jo Young and his efforts in founding the Balhae Kingdom. I reckon Suho must be going through a lot of mental and physical stress in planning out how to raise EXO back up.

4. [+163, -3] I doubt fans would be turning this far back if he at least wrote something like “I’m sorry for surprising you, I’m sorry for affecting the group with this”… And maybe things would be different if he responded immediately when he realized fans weren’t taking this too well. Instead, he’s remained dead silent all this time. The other poor members have taken to consoling the fans and posting pictures in his absence.

6. [+105, -5] I just… don’t get why he has to do this in the middle of his contract ㅋㅋ he’s crazy… not fulfilling your contract means you should be kicked out of the group~

7. [+98, -3] SM is terrible at managing their singers. They’re always so weak when it comes to responding to their own scandals.

8. [+88, -3] Imagine if we were still watching Sunye dance to ‘Tell Me’, we’d all feel bad for her… that’s probably how it’s going to look for Chen when he’s dancing with EXO while being a father… So he should just voluntarily leave. I’m sure SM will let him release ballads still…

9. [+68, -3] Seems like Chen just doesn’t care what the fans are barking about, he’s choosing to ignore them. We’ll see how far Chen gets in life by treating his fans like ATMs…

10. [+65, -3] Fans have already known about his relationship, it’s been going on for years. The only reason they kept it silent for him is because EXO is still an active idol group and they know that a dating scandal could ruin things so they kept it buried. He had enough time to go public with his girlfriend before the pre-marital pregnancy but instead chose to announce everything the way that he did. Chen’s a mess but his girlfriend is the biggest attention wh*re too.. ㅋㅋ

3. [+227, -52] Jongdae-ya, just leave. Let’s not let this get any messier for you. Your image is not that of someone who is taking responsibility of a life but someone who has impacted EXO’s image by making the group seem like ajusshi-dols now. Just stay quiet and leave.

4. [+174, -34] Just like how you’re choosing to take responsibility for your woman… don’t you also have an obligation to take responsibility for your fans and group???? Let’s not let this get messy. If you really care for the team… if everything you’ve shown us isn’t a lie… then you need to leave for the group!!! Please make a decision now. We want to get out of this hell as soon as possible ㅠㅠㅠㅠㅠ

8. [+48, -8] You’re not meant to have it all in life. If you chose your wife and baby, then you need to give up EXO and your fans. I’m just a casual fan and my opinion’s like this so can you imagine the longer fans of the group? Chen, you’re being too greedy…