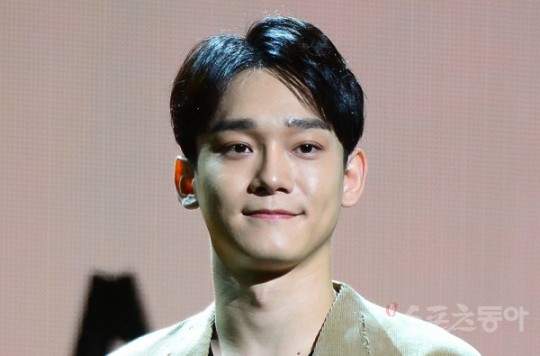 1. [+5,110, -60] Sunye and Yulhee got a ton of hate for negatively impacting their groups and yet Chen’s being lauded for being cool and responsible ㅋㅋ He’s only doing what he should be doing

2. [+3,150, -334] He’s free to get married or have a kid if he wants. However, EXO’s image is not at the point where they can handle a member being a father. They’re not like Super Junior where all the members have already served in the army and everyone’s old enough where they can joke about who’s getting married next on variety shows. This will negatively impact the other EXO members in huge ways. Furthermore, the idol industry is reliant on fans as consumers. Idols are the products and fans are the consumers. Consumers have a right to know the specifics of their products. He should’ve told fans before all the concerts, individual, and group promos that he’s going to be a married man and father soon. It’s unfair to only tell them after he’s finished all the concerts and promos.

7. [+654, -25] His image has always been the innocent, naive type so for him to skip all the dating rumors and go straight to wedding and pregnancy news is really random… I’m not even a fan and even I went “huh?” so I can imagine it must feel like lightning out of the sky for his fans…; He’s deserving of blessings but just as deserving of criticisms as well.

8. [+474, -9] I’ll never understand the connection fans feel for their idols but I do know that idols abuse that connection to make more money for themselves than any other type of singer ㅋㅋㅋㅋ It’s unfair to accuse fans who feel betrayed for “not being a real fan”

9. [+451, -13] This is quite a legendary idol scandal. It’s not actually fair to say that what he’s doing can be excused because any normal 29 year old man would be getting married and starting a family. The thing is, you shouldn’t be comparing a normal 29 year old man to a 29 year old top celebrity. EXO has not completed their army service like Shinhwa and Super Junior. They’re not at the age where marriage is normal. At their popularity, they still have a ton of time left to be communicating with their fans. If Chen continues promoting like this, EXO’s image is going to turn into ‘married man’ or ‘father’ group. There are already a lot of fans who have left the fandom because of this so how can you ever claim that this won’t impact the group negatively at all?

11. [+431, -2] Please stop saying foolish things like “it’s cool that he’s taking responsibility”. It’s what he should be doing and it’s weird that you think he’s cool for doing it.

13. [+382, -22] Would it have pained him to include one “sorry” in the letter at all? Fans were doing you a favor by staying quiet whenever your girlfriend made it so obvious on Instagram and you were spotted years ago finding a wedding ring. Did you think that fans were shielding you then? And when you won daesang at the Golden Disk and glared at your own fans because you were caught on a date the night before, your rotten facial expression as you cut your speech short… fans still kept quiet for you. I can’t understand this one, though. Do you even know your own members’ birthdays? It was DO’s birthday the day before, and it’s Kai’s birthday today. Did you really have to announce this right between then? The other members all check their SNS. You’re the only one who doesn’t look. Do you know that ‘Kim Jongdae leave the group’ is trending on the search rankings? Do you know that all your fanpages are closing down?