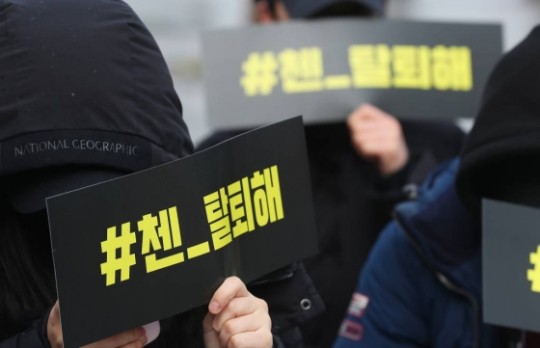 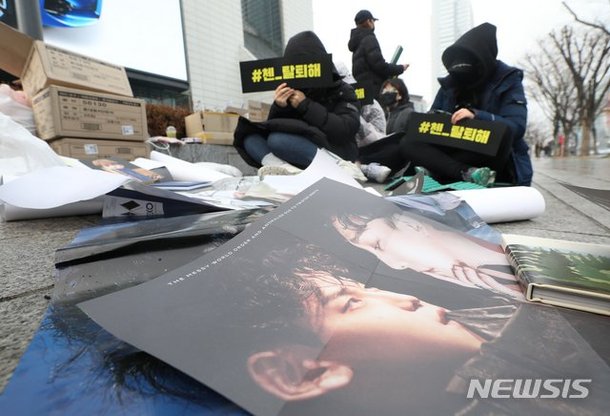 4. [+248, -35] Just think of this in simple terms. An idol group relies on their image to make money. Now imagine the group has a member that’s a father and is out there dancing along. This isn’t even a nugu group, this is EXO. How can that look cool? There’s a big difference between simply having a girlfriend and being a husband and father ㅋㅋㅋ

6. [+151, -19] I think this is fair. Yes, dating and getting married are free choices, but it’s not like Chen first went public with his girlfriend and then announced a wedding later. That wouldn’t be problematic. Instead, he acted like he was single this whole time, making a mockery of his fans, while dating his girlfriend and not even using protection while enjoying things with her. Now she’s pregnant. Fans totally have a right to feel betrayed, no? And he’s better off just staying home and looking after his baby, at least for the sake of the team.

7. [+110, -15] Imagine how pissed off you’d feel if your money went towards buying his girlfriend clothes and accessories…

1. [+519, -68] I’m not an EXO fan so for regular people like us, this will be something that we won’t think about once the issue passes. However, for these fans, they’ll continue having to deal with it… I think it’d be difficult to have to continue being with a member they’ve lost trust in…

3. [+232, -60] I support the fanclub’s protests efforts. The majority of the EXO fandom does not support Chen’s right to continue promoting under EXO.

5. [+106, -36] ㅋㅋㅋㅋㅋ I wonder if these fans realize that protests like these only worsen EXO’s image… to the rest of the public, it just sounds like ‘fandom demands married member with new baby to leave the group’… I’m sure the members are happy about this.