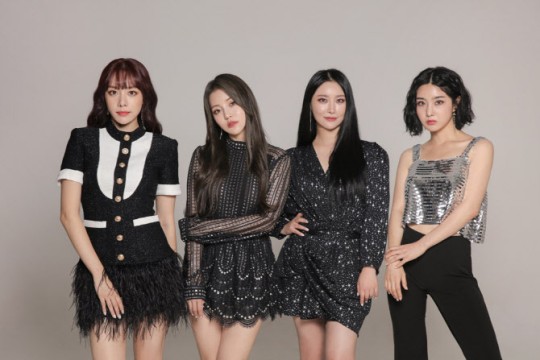 1. [+207, -4] There is no agency that would have continued to support a group on the decline since 2011. Just look at YG or JYP. Any group that doesn’t make them money is immediately thrown away. Rain was almost thrown out as well because of one bad album. That’s the norm in the industry and that’s their reality. Companies require profit. Brave Brothers is amazing for what he’s accomplished. He kept the Brave Girls with him like they were his own children.

3. [+48, -3] I hope they all get paid enough to buy a house each. Don’t skimp out because you want to profit off your investments. A group like this deserves to be compensated well so that they can continue to give hope to the rest of the nation. Don’t let them go… give them good songs that talk of a bright future.

4. [+35, -0] The group has given so much hope to people during these difficult times… I support you~ as well as Brave Brothers’ agency for waiting all this time.

5. [+20, -1] I’m thankful that they showed us that there is light in this harsh world as long as you respect the world and hold on. It’s time for them to walk a flower path now and work towards my own flower path as I support them. ^^ fighting!

7. [+3, -1] In order for Brave Girls to start getting paid, they’re going to need to do at least 20 CFs and perform at expensive events. I trust that they can achieve all of this because they have become a group that has given the nation hope.

8. [+2, -0] I find Brave Brothers so amazing. I wish for success for both Brave Girls and Brave Entertainment and for them to have a lifelong contract together. Brave has become a brand of their own now.