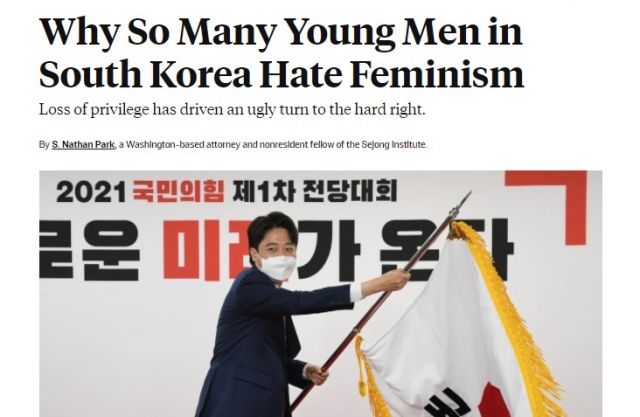 2. [+613, -126] This is such a bizarre phenomenon that it’s being investigated by both domestic and international media

3. [+489, -171] Korean young men need to stop with the hidden cameras in bathrooms and the perverted crimes. I’m sick and tired of the sickness.

4. [+1,187, -889] You can tell just by reading some of the comments here how accurate this article is ㅎ Korean women are being murdered, s*xually assaulted, and harassed but men continue to berate them for not serving in the army

6. [+404, -129] Korean men in their 20s/30s are the worst out of any men in the world… They live in their own echo chamber on their own community forums without realizing just how isolated they are from regular society.

7. [+306, -57] Korean men need to get off sites like Ilbe and go explore out in the real world to see just how far feminism has come all over the world. Maybe then will they realize how far behind their mindset is. Can’t travel because of the pandemic? Then watch some American dramas on Netflix. You’ll realize how pathetic your views on women’s rights are. The world out there is so different from our country. Too bad Korean men are stuck in their rooms watching illegal p*rnos to understand how society is advancing without them. Isn’t that so pathetic? That your entire world only amounts to a site like Ilbe?

9. [+573, -335] Thank you for the informational article! You can tell just from these comments how the mind of a Korean man works. They think that they are the victims being forced to sacrifice themselves, tsk tsk. Our country will fail on the backs of men active on communities like Ilbe and FemCo.