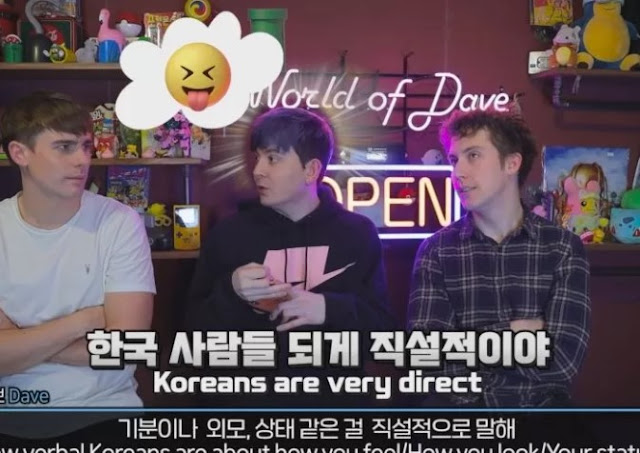 Article: “Did you gain weight?” 5 things Koreans say that are too direct for foreigners

1. [+363] As a Korean myself, I don’t like such direct ways of speaking either.. Once I even met someone for the first time who asked for the square footage of my home… it was very hul!

2. [+125] Koreans live in a collectivist society so I think they feel like they can say such things that cross the line more easily. There are a lot of situations where people end up crossing the line and hurting others with their words! I think it’s getting better lately, though! A lot of people are seeing that it’s wrong to say such things so directly.

3. [+85] Most of these are about looks. Which makes sense because when you ask someone about their first impression of someone, they’ll usually say something about their face rather than personality or anything~ Koreans care a lot about how they physically present themselves to others, which is probably why they’re also not afraid to make such direct comments about the looks of others~

5. [+23] Well I see a lot of rude things that Americans do that Koreans would never do here. I doubt Americans would care if Koreans put out an article of a similar nature talking about all the rude things they do. It’s fine to want to correct bad behavior or habits but please don’t feel the need to automatically feel embarrassed about what you do just because a white person said so.

6. [+17] Koreans totally make a lot of judgmental comments about looks..

7. [+8] It’s ironic because Koreans find these comments rude too but keep saying it to each other anyway

8. [+12] It’s true that Koreans are a bit obsessive over looks. The ones that don’t are just acting like they don’t. There are a lot of people who will meet you for the first time and compliment you on your looks, which is still a problem even if it’s a compliment because it means they’re judging your looks in the first place. “You look so youthful~”, “Your skin is so white”, “Your face is small, your legs are long”… I’ve heard all of these a lot from complete strangers which makes me wonder… if I were none of these things, would they be gossipping about my looks behind my back instead of saying it to my face? I hate that we’re so obsessive over our looks and put so much meaning behind every little facial expression. I could have a blank facial expression and someone will nag at me if I’m feeling bad about something, which makes me uncomfortable because I’m totally fine.