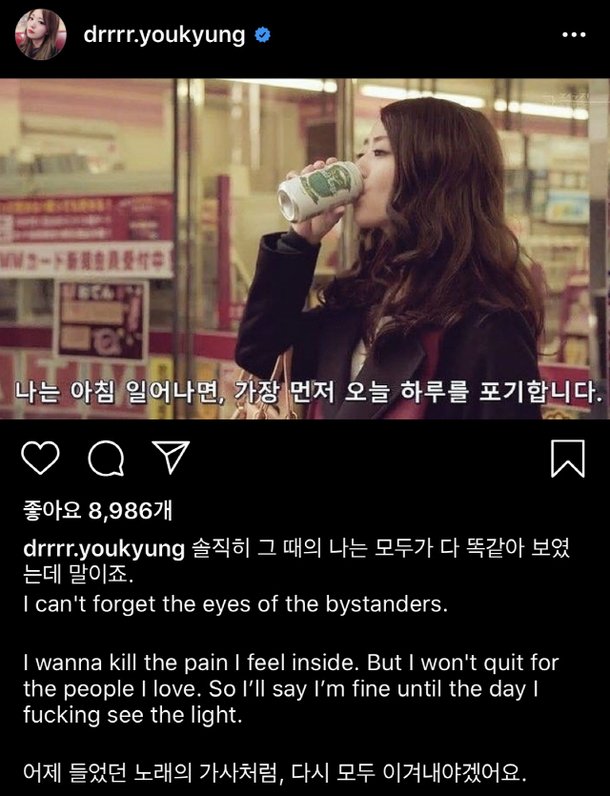 2. [+902, -43] Unless you’re going to come out and say something clear like “Jimin and the other members did this”, just stay quiet because it’s noisy enough as it is

3. [+737, -28] I think she’s trying to say she was bullied by the other AOA members too… seems like it’s true that the other members took part in it on bullying Mina. I’m thankful that she survived those 10 years, and I hope she knows that it’s okay to let those 10 years go..

8. [+40, -0] I think she’s trying to say that she was hurt too and thought of everyone as bystanders but now realizes that Mina was hurting too… and that she couldn’t notice Mina’s pain because she was in pain too.. Choa quit because of depression, Chanmi got treatment for depression, now Mina… seems like the members had it rough.

9. [+35, -1] She’s trying to say that she thought she was the only one hurting at the time but realized that others were hurting because of Jimin too 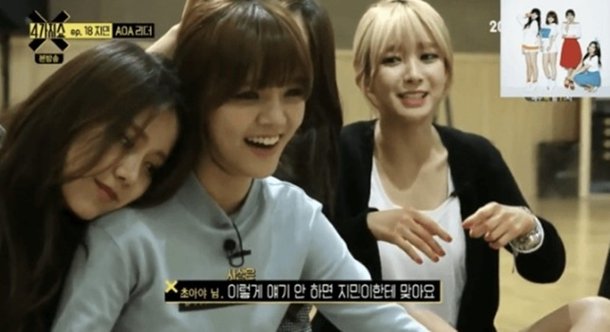 3. [+2,781, -24] Whenever Choa would leave her phone and wallet in a locker at event halls, Jimin would take them out and hide them, which Choa expressed already that she hated. Jimin’s just not a good person. There’s nothing worse than having to deal with someone who’s not even worth regarding as human so it seems like what’s rotting was finally burst open within the group.

4. [+373, -1] I remember Ladies Code’s Eunbi said in an interview that she was prepping to debut with AOA but left because of someone bullying her, now I can definitely see who that person is

5. [+335, -3] It’s pretty obvious what happened ㅋㅋㅋ Jimin and Seolhyun purged Choa because she was the most popular member… and then spread rumors that the reason she left was because of pregnancy or to get married ㅋㅋㅋㅋ

6. [+298, -3] It’s always the Chihuahua looking ones with the poisonous personalities

9. [+163, -1] To put in perspective how horrible Jimin is, it’s usually over for an idol once they get into a sex scandal but even with a dorm sex scandal, Jimin has so many other crazy stories that the actual sex scandal got overlooked ㅋㅋㅋㅋㅋㅋㅋㅋㅋㅋㅋ 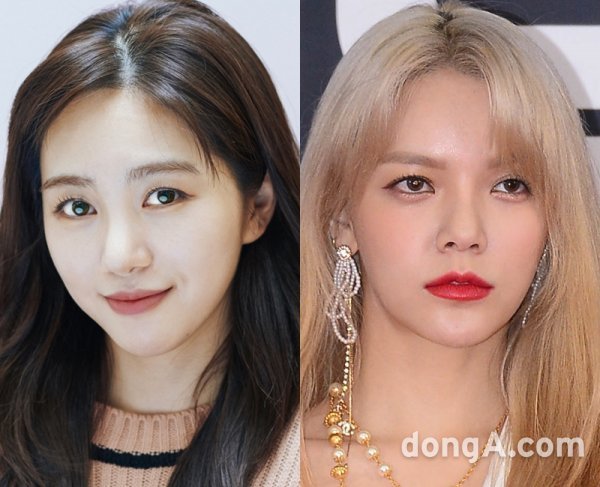 2. [+952, -21] As you live on in life, you’ll come to realize what the phrase birds of a feather means.. There’s just no way these two could’ve been so close unless they shared the same values… Seolhyun = Jimin

6. [+70, -5] This is not just any fire. When she started crying over her Kinddokkang scandal, I could let it go for being cute, but not only is this scandal such a disappointment on her, but I actually feel hatred and disgust. Seolhyun had enough influence within AOA to maintain balance but I don’t know if she was too dumb to realize that or if she’s just a selfish person but I have to admit that I’m filled with nothing but hatred and disappointment for her. Her career is over. She better live as quietly as she can with the money she’s saved.

7. [+68, -1] It’s actually a very cruel thing to torment and embarrass someone who’s innocent

8. [+66, -1] Everyone is birds of a feather. Couples, friends… Victims will never forget the pain, and the mental anguish will never go away.

9. [+56, -4] It’s 10 years, you devils. 10 years that she trusted you guys to do something but instead you ignored her. How hurt must she have felt for her to consider suicide? Seolhyun!!!!! You’re so fake. I still remember your tears from your Kinddokkang scandal. Thinking about it now makes me realize how fake you are. Your responsibility in this is not light. You better retire. 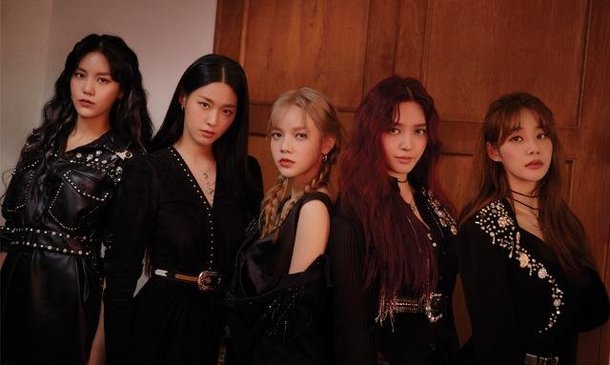 9. [+97, -3] I doubt it was just Mina that Jimin acted this way to. Probably did it to all of them except Seolhyun, just that Mina was the weakest and had to take the brunt of it.