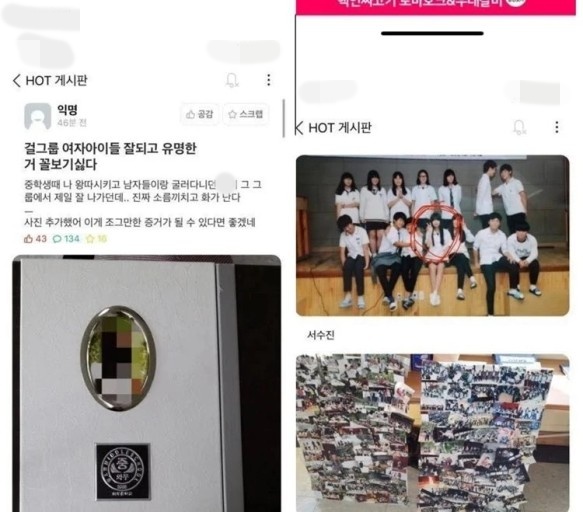 Article: G-Idle Soojin’s school bullying controversy, “After checking with her… it was over a dispute”

2. [+2,034, -45] From the way the agency is reacting, it seems like it was bullying and assault. They weren’t able to come out and deny it right away, it took them hours to finally put out a statement that’s basically blah blah about a “dispute” or whatever. The victim’s post was very detailed and it seems there’s another third party victim involved as well. Soojin’s agency is not handling this very well because once that other victim steps forward, the media will latch on and it won’t just be Soojin but the entire G-Idle team that will be on the chopping block.

4. [+1,328, -43] Just because you threaten to sue doesn’t mean the crime goes away. It took you hours to come up with an official statement and all it is is a “dispute” ㅋㅋ Come out wiht something more detailed. Tell us who was involved and what the dispute was over. Leave it to the public ot judge whether it was a dispute or assault.

5. [+495, -7] School bullying, smoking, and drunk driving scandals are fatal to an idol’s career, so for the agency to come out with a statement just calling it a dispute means they’re either giving up on the idol or they’re trying to distract the public because they have something to hide. I really don’t think this official statement was the right way to go. It especially annoys me that the second line in the statement is already accusing people of blocking the paths to the other members’ dreams.

6. [+343, -16] Something about the wording feels off in this. So you checked with Soojin and confirmed that it was just a dispute?

7. [+276, -7] Seems like agencies are trigger happy with the lawsuit statement whenever school bullying rumors pop up. You should be prioritizing finding out the truth before threatening lawsuits.

8. [+217, -10] Seems like the agency’s intent on denying everything to protect their investments in her. Cube just ends up in the hot seat no matter what they do. 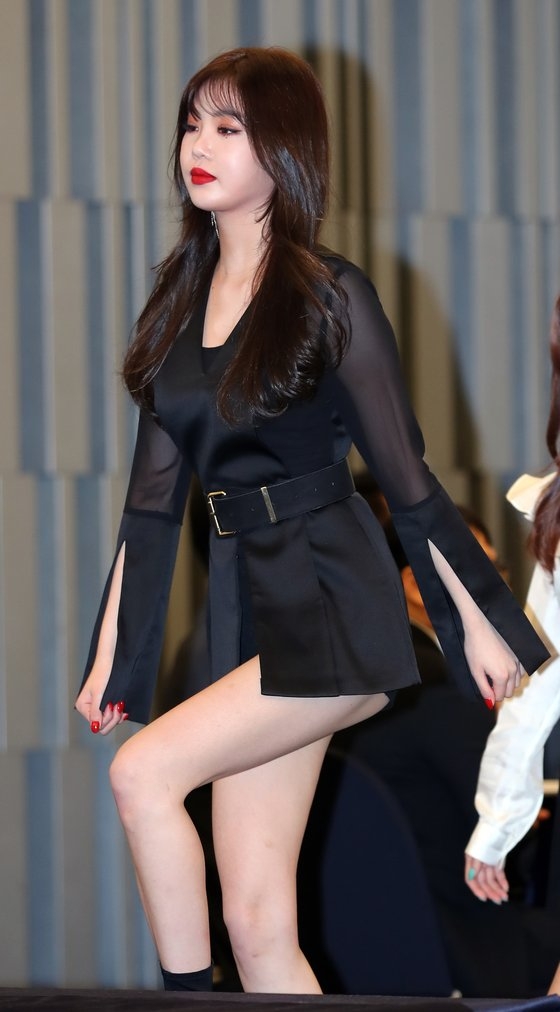 2. [+928, -19] I think idol agencies have seen too many cases of careers being ruined after admitting to being a school bully so they’re all just going to deny it until they’re blue in the face now. Not like there’s any hard evidence.

5. [+295, -7] Everyone denies it at first, just like Hyorin did. It’s hard for the victim to come out on top in cases like these unless they went all out and got hospital records and everything. People who torture others should never be allowed jobs that receive love from the public like this.

7. [+181, -4] It’s only the naive athletes who admit to school bullying rumors because they don’t have back up. Idols have back up and they know the law is on their side until a final judgment is ruled so they will deny it until the end, whether the rumors are true or not. Most victims then end up taking down their posts because how many are strong enough to face up against a team of lawyers? I bet a lawyer has already contacted the victim in this case. An agency is an entire system… one person cannot fight them alone.

8. [+130, -1] Everyone denies it at first. Then you start providing the evidence.. and then they admit that they were immature, that they’re reflecting… then go silent and come back and act like nothing ever happened.