Following the release of their new mini album “回: Song of the Sirens,” GFRIEND posed for the August issue of Elle Korea.

The sensual and raw photo shoot drew inspiration from GFRIEND’s new song “Apple,” in which a girl wavers in front of temptation. After wrapping up the photo shoot, the members participated in a group interview. 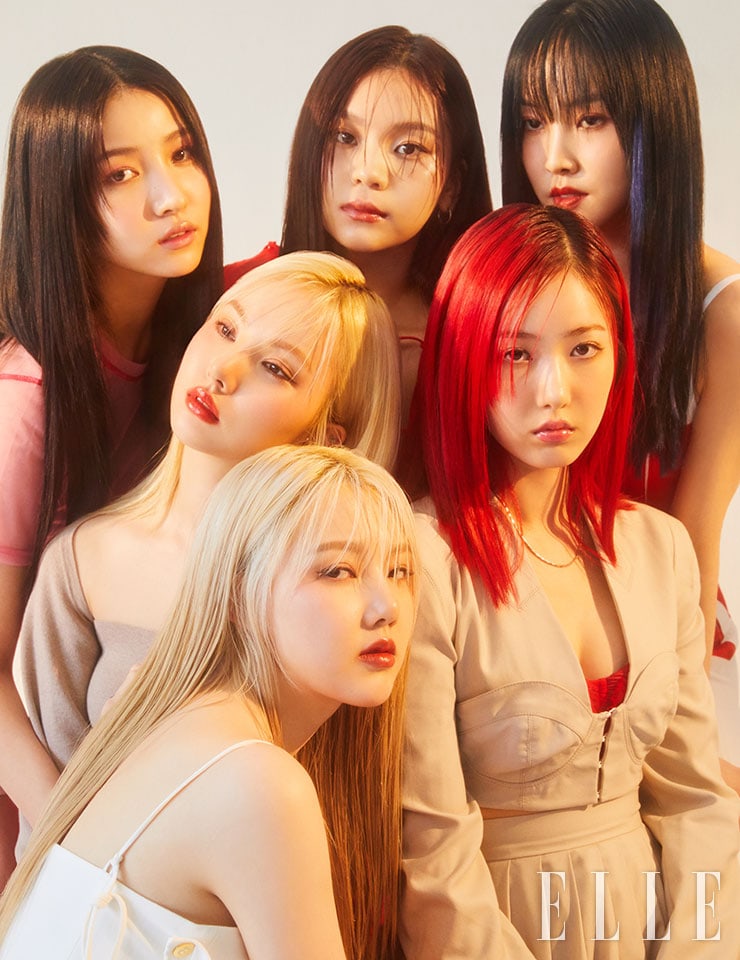 Sowon shared her opinion on doing a new concept for the album, saying, “No matter what kind of appearance we present, we want to show everyone that we can make that concept natural, just like how we wear our own clothes.”

Umji, who participated in creating songs for the group’s new album together with Yuju and Eunha, spoke about how she felt hearing the members sing the lyrics she wrote. “It was really novel and exciting to hear the members’ voices singing my lyrics,” she said. 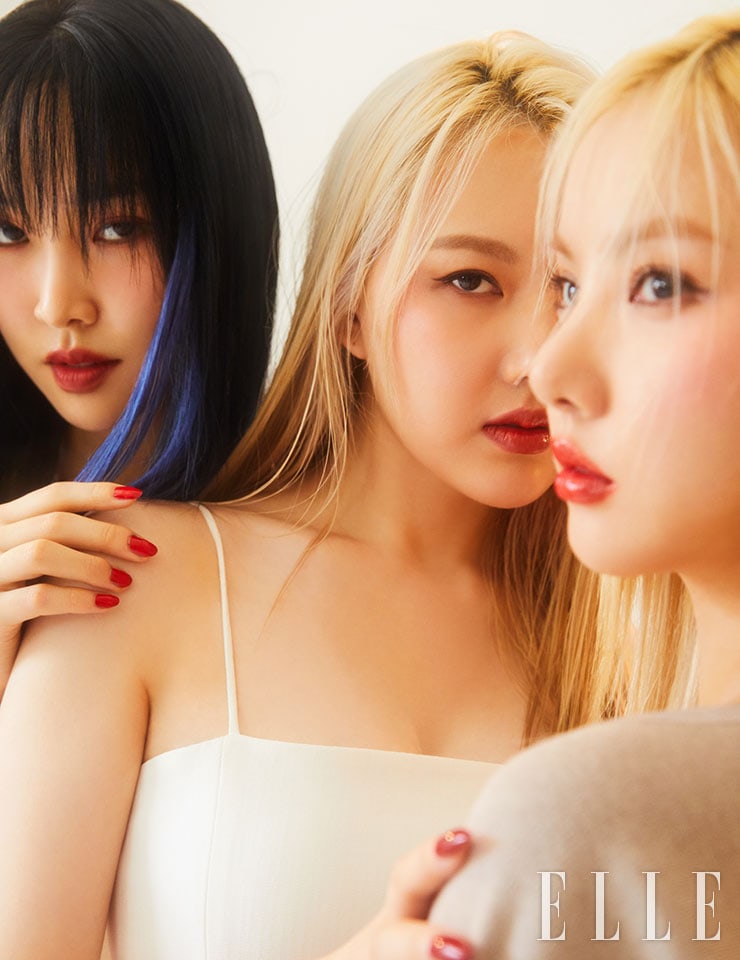 Yerin expressed her anticipation for the group’s album promotions as she said, “I want to hear the words, ‘GFRIEND is GFRIEND.’”

When asked how they have changed since their debut, SinB responded, “I’ve grown to be mindful of myself first.” Eunha added, “I’m changing one step at a time.”