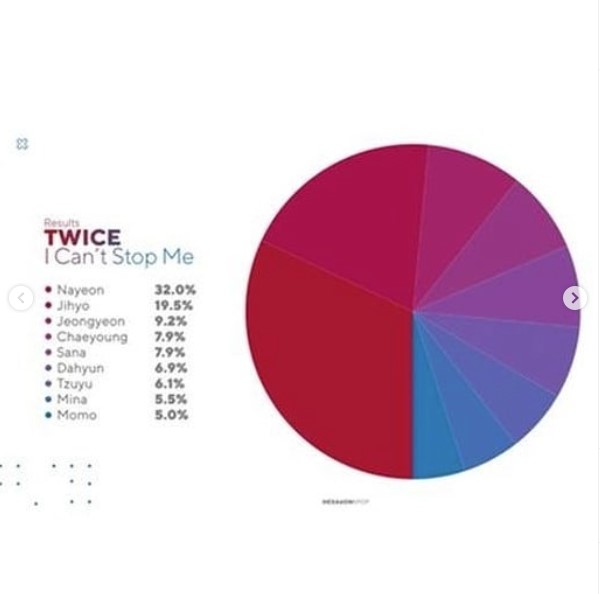 Source: Bottle Taste via Instagram [all images in source link]

2. [+866] But with songs, harmony is more important than who has more parts. It’s important that with each song, every member gets a chance to showcase what they’re very best at. It’s not necessarily about the length or the amount…

6. [+114] There’s no choice but to cut back on certain members if they don’t match the song’s vibes or their skills aren’t up to par. You can’t really expect parts to be distributed evenly when every member is at a different skill level.

8. [+1,123] If this were those clock schedules we all made in school, Nayeon’s part would be our ‘sleeping’ block ㅋㅋ

10. [+27] Girlfriend, ITZY, and Mamamoo have the best distributions

11. [+12] I personally wish Shuhua got more parts in G-Idle.. ㅠㅠ Pretty disappointed that she barely had anything in the new song. I get that her Korean’s not fluent enough yet but other foreign members in other groups still get more parts too… I hope with their next promo, she at least gets an impactful two lines. G-Idle does have some great songs and I wish them the best.