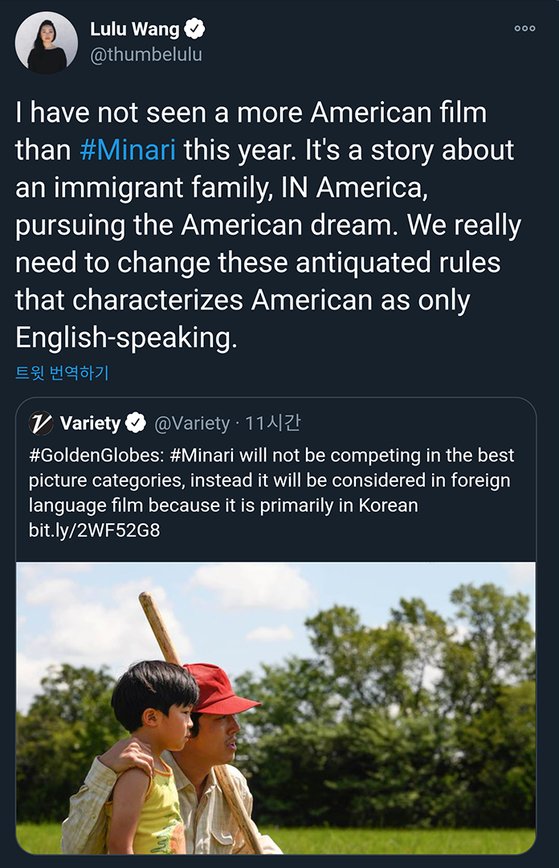 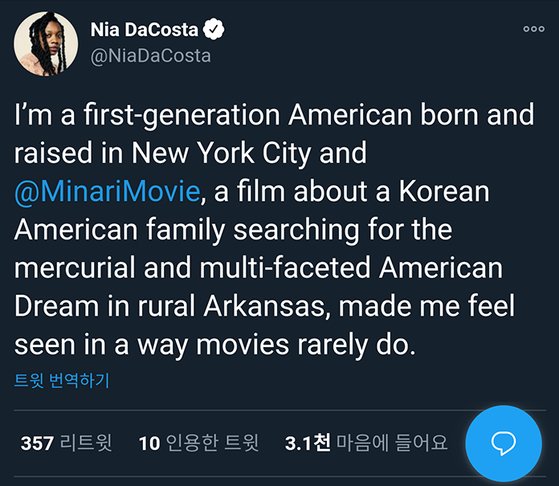 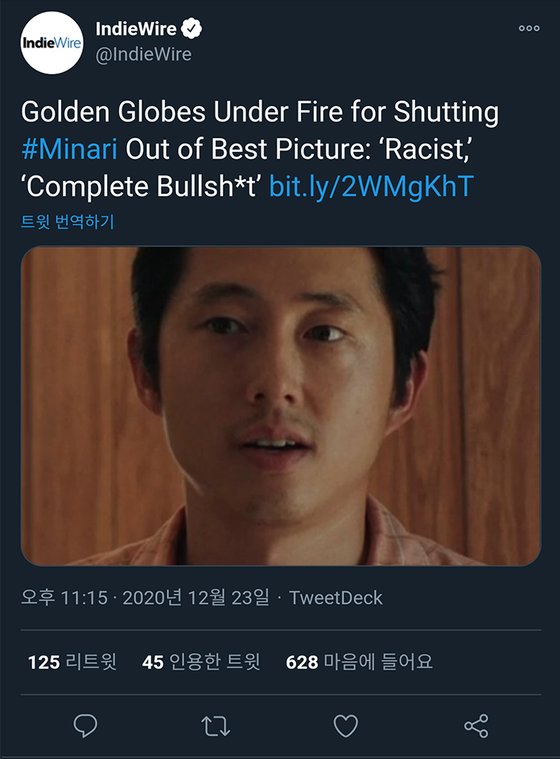 1. [+432, -5] ‘Minari’ is an American film. The production company and director are both American. I never saw the movie so I can’t comment on that but I heard they use a half half mix of English and Korean. The controversy is more about why a movie like ‘Inglorious Bastards’, which is a mix of 30% English and 70% German and French, is considered enough to be an American movie but not ‘Minari’.

2. [+51, -1] The Golden Globe needs to clarify their standards better. There are a lot of European movies shot in English so does that mean they’re going to classify those movies As American or what? I don’t think using the language used in movies is enough to classify a movie as American or foreign, especially considering that America is a melting pot. What are they trying to say in the end? That you’re not American if you don’t speak English?

3. [+50, -1] Produced by Brad Pitt starring Steve Yuen and Yoon Yeo Jung! Can’t wait. I hope the pandemic is over soon so that it can hit daebak in theaters!

6. [+17, -4] The Golden Globe needs to change its name then. Just call it the Local Globe where only English speaking countries can be nominated.

8. [+13, -5] I don’t know about calling this racist. If you think about this on the flip side, imagine if Filipino immigrants produced a movie of their experience in Korea where 95% of the movie is in Tagalog and the majority of the cast members are Filipino. Even if it was filmed in Korea, I think it’d still be classified as a foreign film.
– Korean is only 50% of ‘Minari’, not 95%. And if Filipino immigrants made a movie of their story in Korea that was produced in Korea, that would be classified as a Korean movie, no?
– No, the 50% stuff comes from the Golden Globes rules. The actual movie is about 90% in Korean. I just don’t see it as odd that ‘Minari’ is classified as a ‘foreign film’.