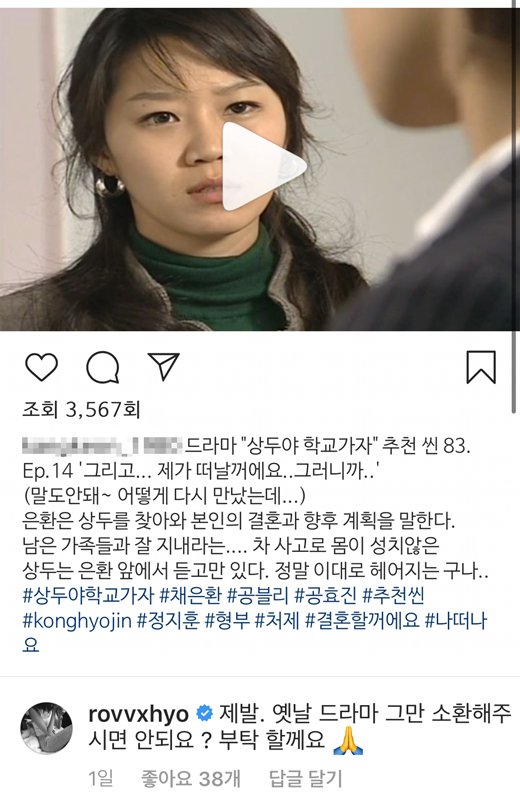 6. [+418, -4] But what’s her reasoning?? Gong Hyo Jin is one of my favorite actors but I don’t really understand.. Isn’t it a good thing that her fans are continually loving her past dramas…??

7. [+385, -7] It’s a well made drama with a lot of fans on its own. ‘When the Camellia Blooms’ will count as her ‘past work’ too in time. I guess if she doesn’t want fans watching her past work, she should start putting expiration dates on them.

8. [+360, -8] Looks like she thinks she’s such a top star now that she doesn’t want to remember her past acting ^^ She must think of herself as someone of Robert De Niro’s caliber ~

10. [+338, -7] Now there’s her temper ㅋㅋ Honestly, a lot of people have a positive image of her because of ‘Camellia’ ㅋㅋㅋㅋㅋㅋ but she’s always been known to be a bit 4-dimensional and mean to her fans ㅋ I don’t know why she’s embarrassed of her own filmography but it’s still her history, it’s funny that she’s demanding her fans to erase that part of herself ㅋㅋㅋㅋㅋㅋ

12. [+201, -1] With the way she was using the word “please”, I assumed the fan had done something horrible to her. If she had added a comment like “I’m just embarrassed of my past face ^^;” then it would’ve been less awkward for the fan… I bet the fan feels like crap… It’s not like they uploaded something embarrassing.. 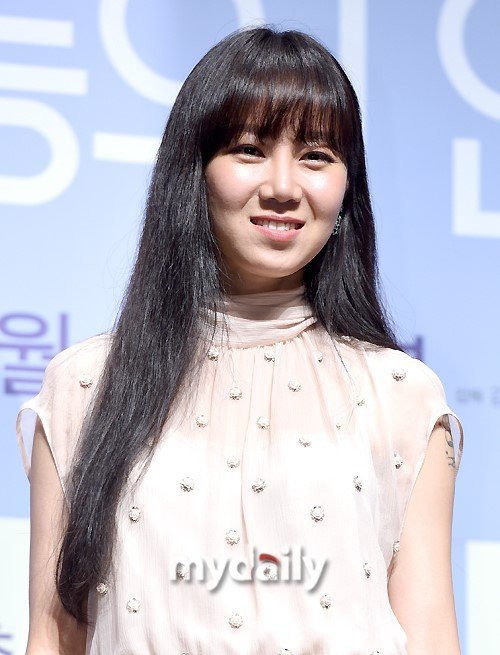 5. [+267, -2] Even if she didn’t want the video up, she should’ve phrased it better. She should know that the fan didn’t post it with ill intentions, why make it so awkward?

7. [+214, -5] This fan is a superfan too. They ended up getting a ton of hate comments from other fans so they had to close their comments;; It’s sad because they obviously uploaded the clip to share scenes of their favorite star…

8. [+200, -8] How did a character like hers win daesang? Sigh, it’s not like ‘Sangdoo-ya’ was a flop drama either. It was successful and she even won an award for it. It’s great to remember things, and the fan obviously went out of their way to invest their time into finding clips for it. Why embarrass them like this? Is it because she hit on Rain at the time and he rejected her or something so it’s bringing up bad memories? I just don’t get the overreaction from her;; I assumed she had good character so this is quite disappointing for me.

9. [+198, -5] There was a better way for her to phrase things. She could’ve just explained why she wanted it down, it would’ve been less awkward for the fan.

1. [+290, -8] What she said is actually disrespectful to the producers of that drama too. Everyone worked hard to produce it and now she doesn’t want people bringing it back?… And I checked the account out and it’s run by a real fan. She could’ve at least DM’d them instead of publicly hurting them like that.

2. [+194, -6] What the… how can you treat a fan like that just because something makes you uncomfortable? It’s not like they posted her high school photo, why is she telling them not to post clips of her past work?

3. [+157, -22] Seems like she’s changed after she won daesang for Dongbaek. Excuse me, Dongbaek was totally the work of excellent writing skills by your scriptwriter. Kang Ha Neul’s acting was better than yours~

5. [+86, -1] I wouldn’t even care if she had asked nicely but she totally asked in a mean and overly sensitive manner. I’d be so grateful if someone was out there remembering my past work and editing things together for me…