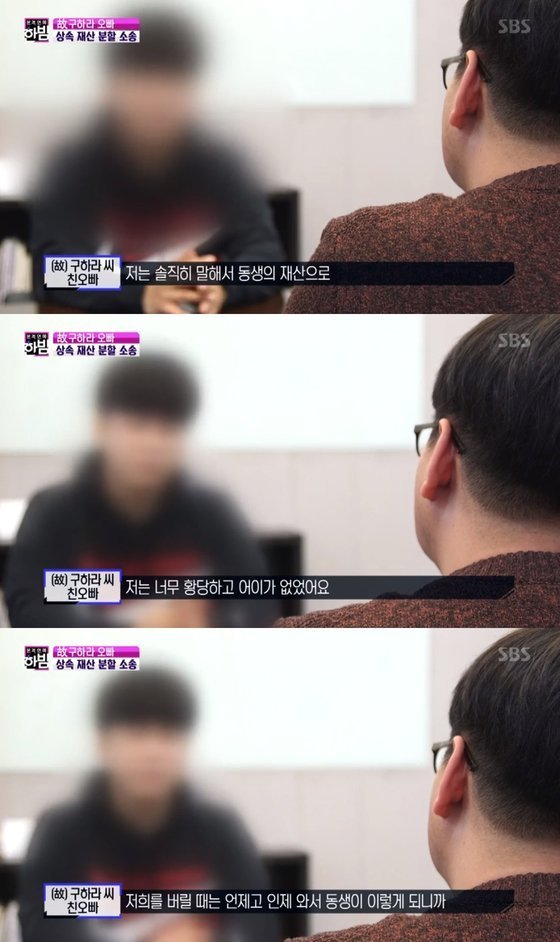 Article: ‘One Night’ Goo Hara’s oppa, “The lawsuit against my birth mother? I want to protect my dongsaeng”

5. [+73, -0] The mother attended Goo Hara’s funeral with cameras and filmed it to have proof that she was there… This makes her the devil, doesn’t it?

7. [+51, -0] Hara’s father worked temporary jobs at factories all over the country while the mother threw the family away and left. At least the father gave up the estate to the brother.

8. [+39, -1] Oppa fighting! I personally hope that the oppa takes this all the way to the constitutional court so that we can change the law and get rid of greedy parents like her ㅠ

9. [+33, -3] As her birth mother, she should know why her own child made such a drastic decision, and yet she continues to torture her with these decisions. How can you do this to your own child that you suffered through pregnancy for?

12. [+21, -0] The mother should be forced to pay all her missed child support payments, who does she think she is to demand the estate? Any parent who only shows up after their child’s death for the estate should be taxed until it’s all gone! If the law can’t be fixed and these parents must be awarded the estates, then tax them and get it back! I know it’s going to suck for the remaining family members but it’s better than letting it all go to someone so undeserving!