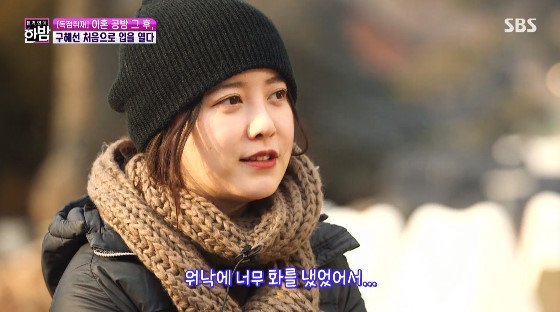 Article: Goo Hye Sun, “I thought Ahn Jae Hyun was joking when he asked for a divorce”

4. [+155, -39] This is so sad. She feels no embarrassment for herself or any consideration or respect for him.

6. [+132, -25] How does she feel no guilt? She used to be infamous for her delusions and lies in the past but at least that never affected anyone like this… She lied about Ahn Jae Hyun to screw him over and she deserves to be criticized for that, why are people telling her to “find strength”? But sure, I guess she has to live on. And fix her habit of lying  too.

8. [+102, -15] She has such a stubborn personality. The type where once you’re caught in her net, she doesn’t just grind you into fine powder but stomp it into nothingness. She tortures you until she feels satisfied with herself. She’s a sociopath. I understand why he had to take out loans to escape from her.

10. [+95, -17] Silence is the best thing for both parties right now… she needs to stop leaving crumbs everywhere. Didn’t she get sued by Oh Yeon Seo for lying too? 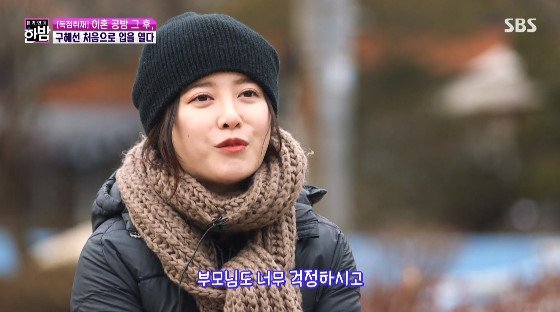 Article: Goo Hye Sun, “NO contact with Ahn Jae Hyun… I’m sure we’ll see each other in court some day”

5. [+48, -16] Ahn Jae Hyun must be completely over her and avoiding any type of contact with her… She should just let him go and be cool about it…

Article: Goo Hye Sun, “I feel embarrassed about exposing my divorce like that, I’m sorry if I tired you out with it”

1. [+300, -84] I mean ㅋㅋㅋ She lied and made Ahn Jae Hyun look like a cheating piece of trash and now she’s out here talking like this? People would still think he was trash if their Katalk conversation was never exposed with the truth. With all that’s been exposed about her, she shouldn’t be giving any interviews right now…

2. [+272, -71] Yes ㅠㅠ it was unnecessary for you to reveal things like about what he said about your chest… it was so obvious that you were out to get him

1. [+7,294, -553] I think she briefly lost her sanity at the feeling of betrayal but she seems to be back now… I know because I experienced the same thing. When you lose your ground like that and start getting crazily angry, it makes the other party look normal even though they’re the one who betrayed you. You just look crazy in the end.

2. [+5,342, -356] What you did was wrong but I can understand why you did it. This wasn’t just a relationship, it was a marriage. I don’t think anyone would be sane receiving a divorce request like that… I know how that feeling of betrayal and irresponsibility must’ve felt like. I wish people wouldn’t get married with thin feelings. You may be left with wounds and regret but I wish you a happy future.

5. [+1,009, -135] As a fellow woman, I understand how she feels. He probably treated like he’d give her the stars when they first started dating and then changed once he got more popular. She was probably jumping with anger and feelings of revenge but the best revenge is just living your best life without him. Let it go and press reset~

6. [+1,047, -207] I think there’s a need for respect when breaking up with someone, especially when you were married. It’s so cruel to receive a one-sided divorce request like that. Hye Sun-ssi, I wish you a bright future.

7. [+896, -188] I think Ahn Jae Hyun didn’t have any manners with his method~ They’re both public figures, it was just unfair. No wonder she went crazy. I would’ve threatened to kill him if I were her. And he still hasn’t been in contact with her? As expected, NO manners.

8. [+632, -32] I would’ve gone crazy too. He made her move agencies while he was discussing the divorce with their CEO… I understand what she means when she says there was no ‘process’ for her leading up to the divorce.