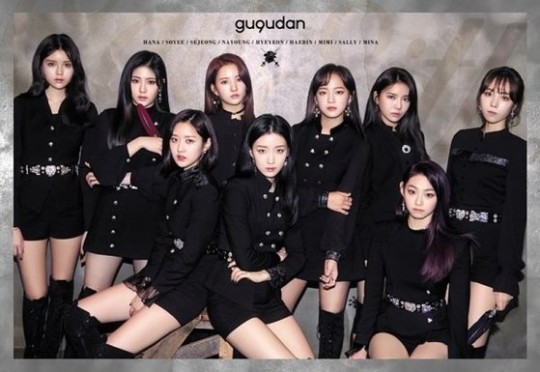 3. [+63] JellyFish is truly just living up to their name… It’s sad that there’s just such a long list of things that they’ve dropped the ball on that I couldn’t even list it all here. Fans know, though… How unfortunate for such a charming group…

4. [+32] I always felt bad for Kim Sejung but now I really feel the worst for Kang Mina

6. [+11] Uh.. hmm.. well, didn’t everyone know they were supposed to disband? And thank you to King Sejung for even getting the group this far despite all the struggles… Mina and Nayoung too ㅠㅠ

8. [+11] This is a mess. The IOI kids have all been ruined by their agencies, from Pristin to Gugudan.. please just reunite all of them…

1. [+157] It’s unfortunate.. but it also feels right. Sejung and Mina were the only ones pulling the team along… Well, I hope to see the rest of the members on other shows and promoting often! Good job to all.

3. [+78] I felt bad that they were under a company like JellyFish at all. Their hiatuses were so long!!!! ㅠㅠㅠㅠㅠㅠㅠㅠㅠㅠㅠㅠㅠㅠ What about all the fans who’ve been waiting?

4. [+23] It’s hard to say that they’ve had a good run when they promoted so infrequently… Just glad that Sally’s in Bon Bon Girls 303 now

5. [+26] It’s only been 4 years since debut? Can we please get some new laws that force agencies to shut down if they can’t properly manage the groups they’ve debuted?