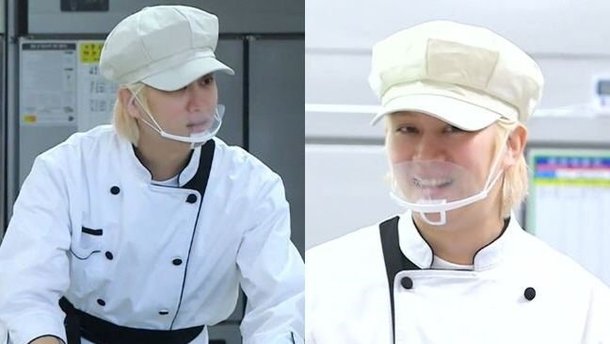 Article: What Kim Heechul said to a fan he met while filming after going public with Momo

Fan: (meets eyes with Heechul)
Heechul: Sigh… I feel sorry to meet eyes with you…
Fan: (joking) Do you feel guilty? Is that why you kept telling us to get boyfriends?
Heechul: I’m really sorry…
Fan: (asks if the internet rumors are true that he’s been dating Momo for 3 years)
Heechul: That stuff on the internet about 3 years… that’s really not true
Fan: (joking) Oppa! You’re in big trouble now! My mother says you’re no longer our son-in-law
Heechul: Huh? Ah.. it doesn’t feel right to be joking in this situation right now…
Producers: (laughs)
Fan: I figured you’d be feeling this way so I came to give you strength.
Heechul: I’m always grateful and sorry.

2. [+1,637, -52] He’s always been the clown type as a concept but he’s a good person at heart. That’s probably why girl groups feel comfortable being friends with him.

5. [+55, -2] He’s a good example to learn from in how fans and celebrities should deal with their relationships

6. [+25, -7] It’s fine for Kim Heechul to joke around with his fans like this since they’ve known each other for so long but it’s Momo’s side who’s under fire, no? I heard Twice’s concert was absolutely empty yesterday…

7. [+22, -1] Kim Heechul is only in a simple relationship but he feels so apologetic, meanwhile a certain someone not only got his girlfriend pregnant but announced a wedding too and is expecting blessings without a word of apology… sigh

8. [+20, -4] He’s someone who’s lived a kind life with no scandals to boot… even sold his car so he can never get into a position where he might drink and drive. He’s 38 years old, dating’s fine ㅠㅠ don’t feel sorry~~