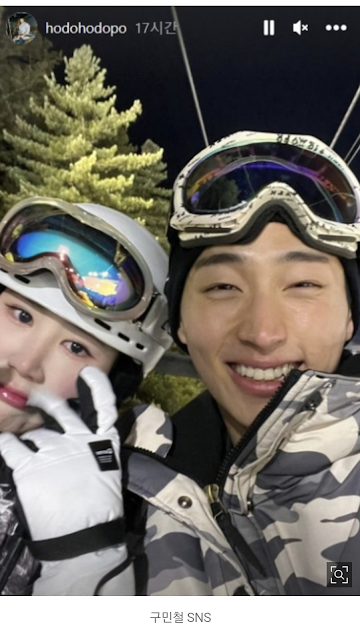 On January 23, the singer took to Instagram Stories to call out her boyfriend for allegedly cheating on her.

The couple went public with their relationship this past November, and just several hours before Jamie made her accusation, they both posted photos from what appeared to be a happy ski trip together.

In a series of posts, Jamie wrote, “When you find out ur bf is a cheater. I love it. He doesn’t know it yet but he’s definitely getting out of my lifeee. Have fun with 4-5? other girls babe.”

She later went on to add, “Oh I’m gonna make a good f**king song about it,” before telling her followers, “Oh don’t bash men, it’s just him.” 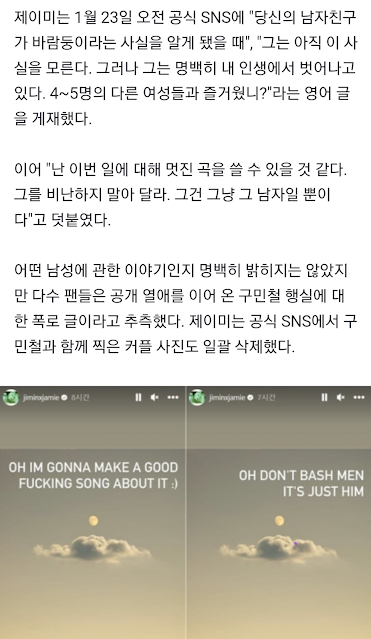 K-Pop soloist JAMIE exposes her boyfriend, Goo Min-chul, as a cheater via Instagram Stories, hours after going on a ski trip with him.

“Have fun with 4-5? other girls” pic.twitter.com/CFyPe6zNww

1. Hul I didn’t even know that she was in a public relationship

2. No but what kind of life was he living to be cheating on her with 4-5 girls?

Apparently, he appeared in ‘Steel Troops’

5. “Don’t bash men it’s just him”, that’s how she explained it huh… Seems like she wanted to stress on the nuance that it’s not an issue with all men but just that man

6. There are so many cheating news nowadays. Please don’t cheat..

6. Ugh cheating news again?ㅋㅋㅋㅋ seriouslyㅋㅋㅋㅋㅋㅋㅋㅋㅋ cheaters are honestly the worstㅋㅋㅋㅋㅋ Do they think that their lives will be ruined if they didn’t cheat?

7. They haven’t even been dating for long..

8. Wow Goo Minchul had such an upright image too… 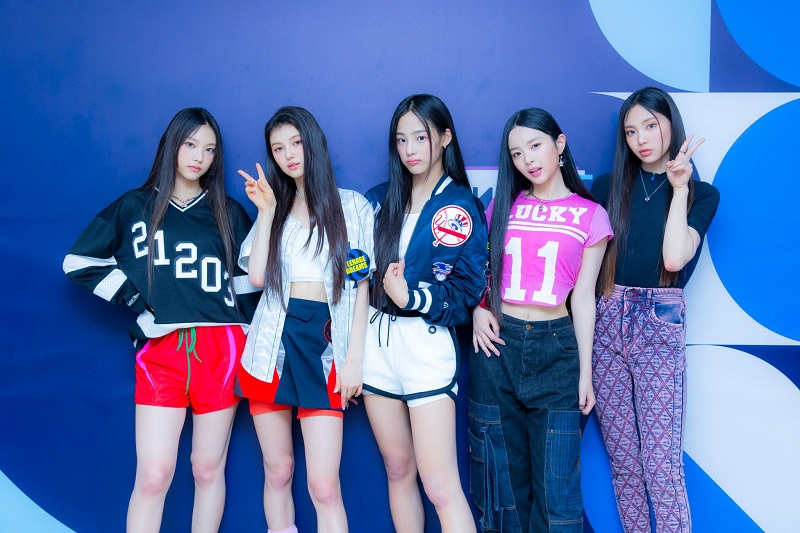