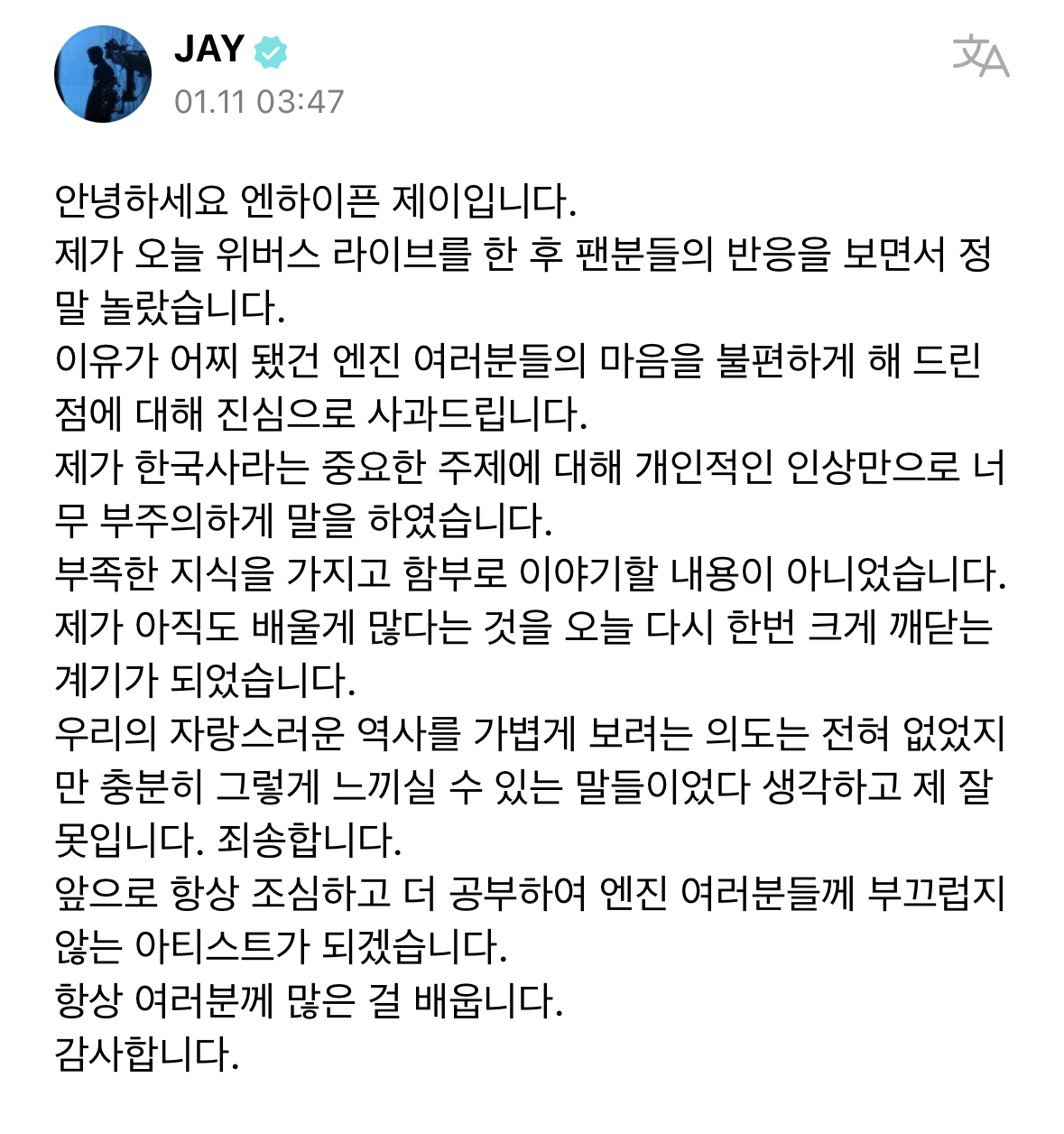 “Hello, this is ENHYPEN’s Jay.

After today’s Weverse Live, I was totally shocked by everyone’s responses.
Regardless of the reason, I want to genuinely apologize for causing discomfort in the hearts of ENGENEs.
I spoke too carelessly about such an important topic as Korean history, based solely on my personal impression.
I should not have spoken so thoughtlessly with the little knowledge that I have on the topic.
Once again, this was a time for me to realize how much more I have to learn.
I never intended to speak lightly of our country’s proud history, but I see now that my comments could very well have come across that way, and that is my mistake. I apologize.
I will be more careful and study as to become an artist who is not an embarrassment to ENGENEs.
I’m always learning so much from you all.

Sunghoon said during a live broadcast, “I think Korean history is really interesting.”

He then continued, “History is a subject I’m pretty into, so for me, I might say that there’s not a lot of material in Korean history. You study it for a few weeks, look through what little material there is, and it’s over. It’s like a short story. But other countries, there’s no end to the history. I’ve looked into the histories of all kinds of different countries, and there’s no end to the rich histories. Those countries, their histories go on and on and on. But Korean history just starts, then ends, so fast. It’s like, that’s it?”

1. If you’re going to apologize, give us the correction to your mistake… He already turned our country into a country with a short history

3. It’s already spread so far, so I don’t think he should only be apologizing to the fans at this pointㅋㅋ ..

4. It’s good that he came and apologized right away… I hope international fans don’t shield him

5. His explanation was just as short though

6. Ah… I feel like he hit my pride already so bad that even his apology feels annoying..

7. I feel like he worded this as good as he could…

8. He should’ve corrected himself and said “Korean history is not short” is it that hard?

9. What a half assed apologyㅋㅋㅋㅋㅋㅋ

10. Honestly the way that he apologized it is downplaying the severity of his comment. He’s already spreading misinformation about Korean history, it makes me wonder if he’s normal for apologizing that way 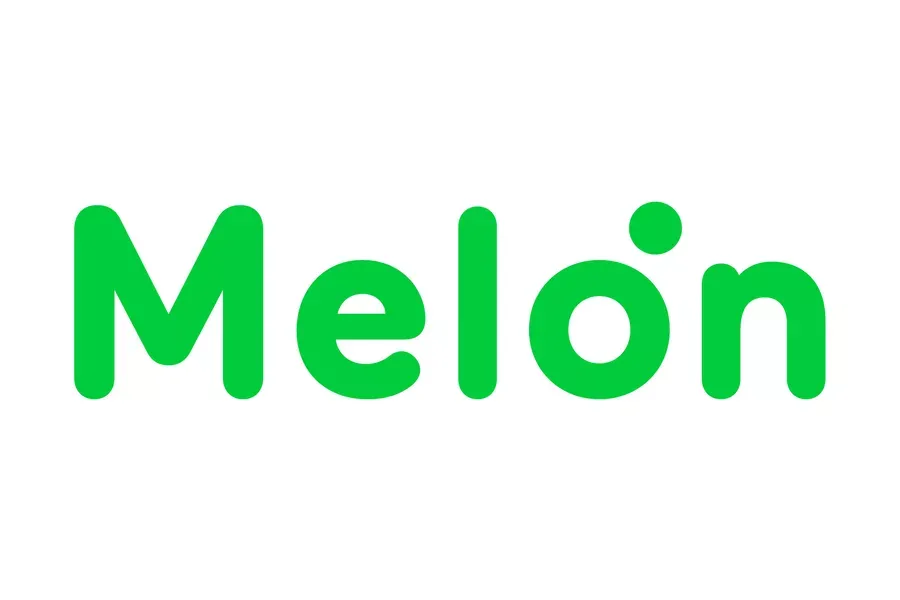 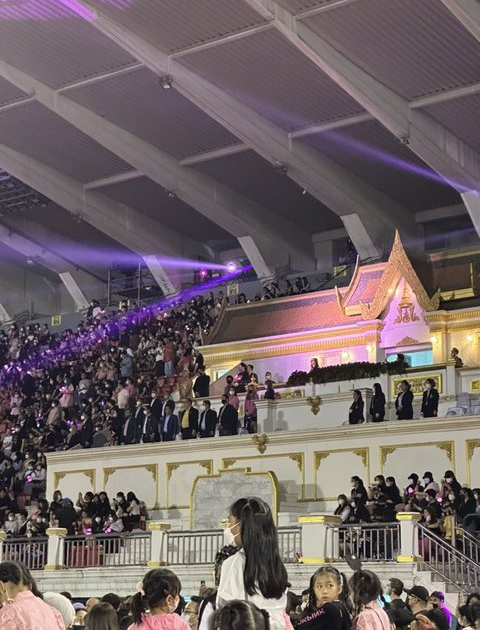