On January 12, an online community post quickly spread claiming that Park Ju Hyun and Teayong were in a relationship. The anonymous poster claimed that the two enjoyed gaming online together and that Park Ju Hyun watched the NCT 127 concert from the seats reserved for family members.

Regarding the rumor, a source from 935 Entertainment stated, “Actress Park Ju Hyun and NCT’s Taeyong are just friends.”

They continued, “Park Ju Hyun enjoys playing games as a hobby and has great affection for them to the extent that she posted a video about online games such as League of Legends on her personal YouTube channel. She and NCT member Taeyong are just friends who game together and nothing more than that. Actress Park Ju Hyun is very sociable and has an active personality, so she has diverse friendships and maintains a wide network [of friendship].”

Currently, Park Ju Hyun is starring in the MBC drama “The Forbidden Marriage.”

2. Rationally speaking, do you really think that he’d post a picture with her if she was really his girlfriend?

3. The trolls were the ones making a fuss. Seriously, cut it down…

5. Because of an egg account on Twitter, a few people have been impacted now. This person, that commoner, etc

6. Is today a party for delusional people?

7.Ha seriously, how many people are they trying to mess with…

8. What is happening today…

9. Today really is a party 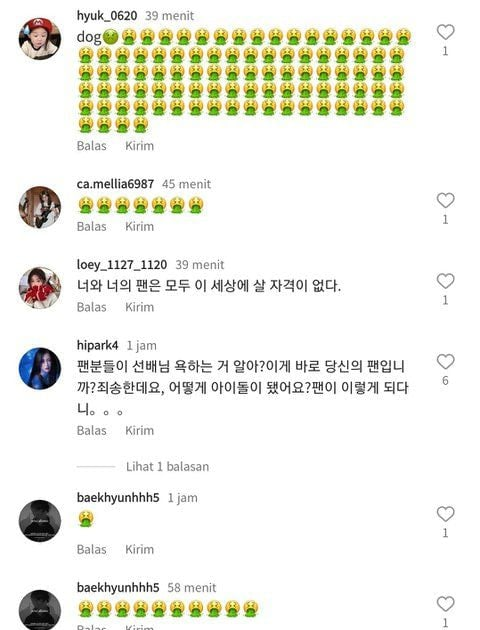