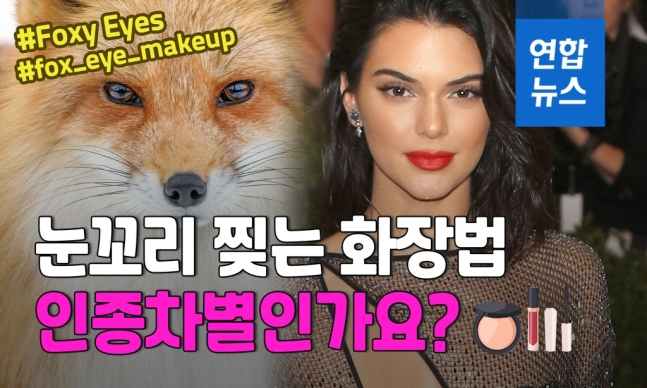 1. [+106, -1] Obviously they thought it looked pretty so they started doing it, right? It’s not like we accuse people who tan of being racist… Some people just think that certain look is pretty.

4. [+12, -3] Making fun of those traits would be racist but using make up to achieve that certain look wouldn’t necessarily be racist, no?

5. [+6, -0] It’s not like they’re wearing that make up to make fun of Asians. The point of make up is to look pretty and charming, and it requires a lot of time and effort. Why would anyone do it to be racist against Asians for? Sure, maybe some of them are racist, but shouldn’t we be proud that we’ve reached a generation where westerns want to copy Asian features?

7. [+2, -0] Whether they slant their eyes or open them up, the point of all of this is to look prettier, so how does this get connected to racism at all?

10. [+1, -0] Why can’t we just consider this the start of an Asian generation?nI think it’s great that people are making an effort to make their eyes look more Asian~~~