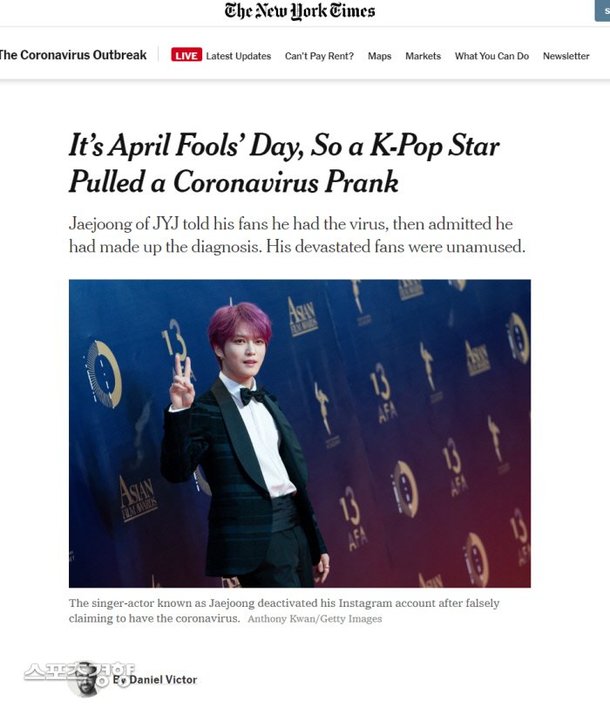 1. [+400, -5] This isn’t a hate comment. He’s not even in his twenties. He’s well into his thirties and still thought this prank was appropriate, and that makes me question his IQ. This is an international embarrassment. Please stop pouring money into these talentless, brainless celebrities who have nothing to show but their faces. Isn’t it wrong for people like him to be rich enough to own buildings? Fine, let’s say intelligence has no standards. How did he think his prank was appropriate at all?

2. [+362, -2] He probably thought he’d look cool but he actually looks the most pathetic in the world. Can’t believe he even used his hospitalized father for his clarification…

4. [+48, -1] Judging by his clarification, he sounds like he fully believes that he started some important campaign

6. [+35, -1] Sigh, I’m embarrassed as a former TVXQ fan. Is he aging backwards? ㅋㅋ As if it isn’t weird already that he’s still doing pranks on April Fool’s Day but to use the coronavirus of all is even weirder. 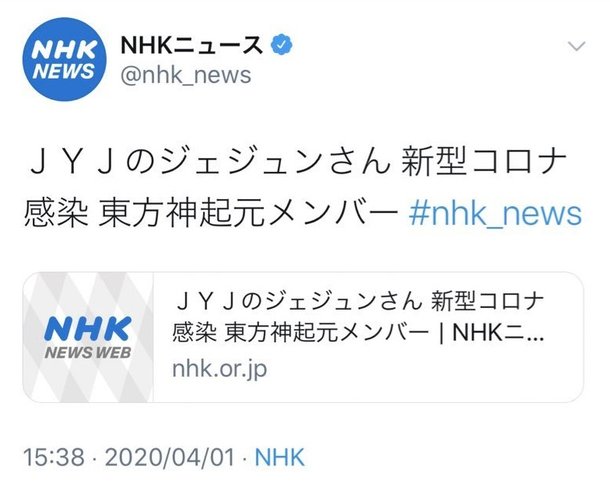 1. [+1,077, -6] At this point, it’s clear that he has no brain at all. He’s a fool for not thinking of the consequences of his prank and still a fool for not even considering it.

3. [+812, -4] You have to be more careful as you get older because you’re responsible for so much more. The entire world is suffering from this virus and he used it as a prank? How can something so serious be used as a prank? He claims it was to raise awareness but did it have to be through such a method? There’s clearly something missing in his brain.

5. [+28, -0] Is he crazy… is he really that thoughtless? I can’t believe a fool like him is embarrassing our country like this. What’s the point in your brain?