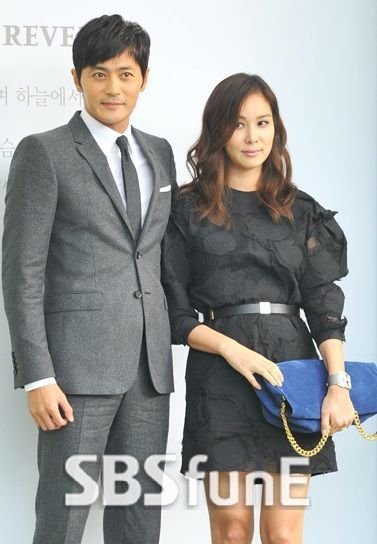 Article: [Exclusive] Jang Dong Gun on a family vacation with Go So Young… recharging in Hawaii

1. [+1,681, -137] ㅋㅋㅋ Dirty. Old fart version of Jung Jun Young. I wonder if he ran away because he’s scared or embarrassed. Go So Young has quite the stomach to be able to deal with him, though I’m sure they’re birds of a feather too.

4. [+163, -2] I read that they were spotted riding economy the day the news broke out… I wonder if they were in such a rush to get out that they had no choice but to take economy… They each took a kid and got on separately.

5. [+156, -6] Sounds like Go So Young already knew, then… because any normal person would not be able to go on vacation with someone if they had just found out

6. [+137, -3] It seems these two want to act like they don’t care what the public is barking about but we all know that while they may physically be in Hawaii, their hearts and emotions are right here… Go ahead and enjoy your vacation on thin ice.

10. [+91, -9] Guys, I think you’re all too young to know that Go So Young was quite the mess back then too ㅋㅋㅋㅋ she had all sorts of rumors going around about her like how she was the second woman to Choi**. They’re both just as dirty as the other and probably why they got married in the first place. Do you all really think she didn’t know???? That she’s the only clean one in the relationship??? ㅋㅋ

11. [+78, -2] Sigh, sounds like they got out on purpose before it hit the media. Poor Go So Young… their kids are obviously old enough to be on the internet, how are they going to go back to school ㅠㅠ

13. [+53, -2] Sounds like they knew this was going to happen and decided to get out while they could