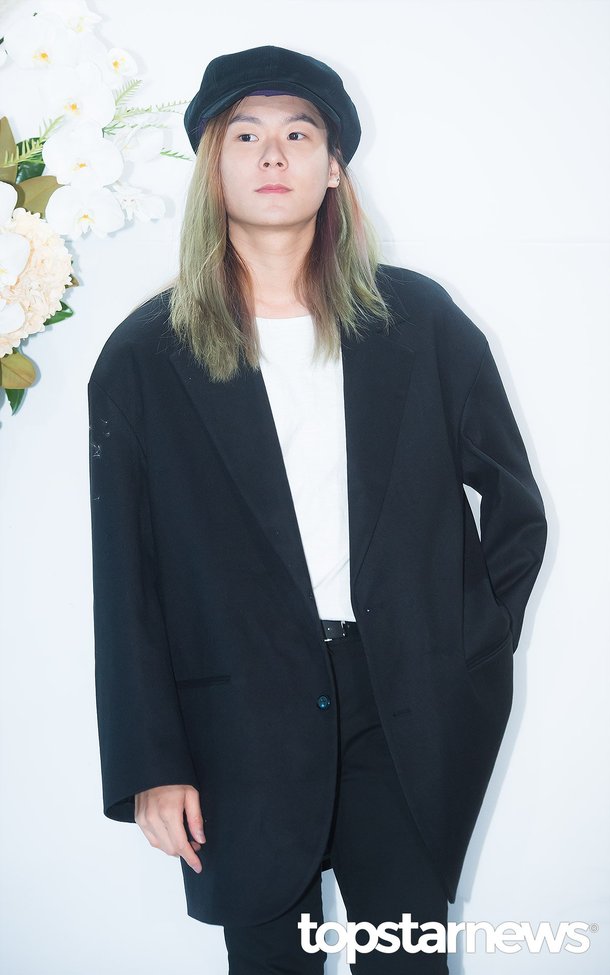 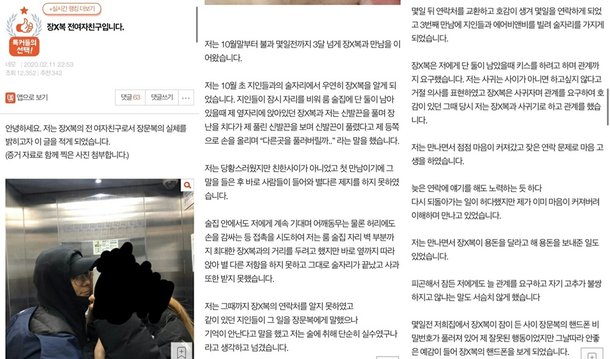 Article: Jang Moon Bok’s ex-girlfriend A-ssi claims under controversy “I’d be tired and asleep and he’d still asked it of me”

1. [+2,805, -211] What is all this nonsense? They were in a simple relationship and then broke up. It’s not like he committed a crime. Is she trying to screw over a celebrity? Enough’s enough. You both did it because you loved each other at the time. If you hated it, then you hated it. If it was forced, go report it to the police.

7. [+183, -23] If you’re laying next to your lover, are you not even allowed to ask for some anymore? It’s not like he forced himself on her~ what is the problem here?

8. [+155, -10] So what happened is that she didn’t reject his touches when they first met while out drinking. Then a few days later, she exchanged numbers with him and kept in contact because she grew interested in him. Then on their third meeting, they rented an Air BNB with friends and went out drinking. She rejected his advances saying that she didn’t want to do it unless they were dating. Since she was interested in him at the time, she agreed to be in a relationship and they did it that night. I just don’t know what she’s trying to say.. is she dumb? Is she writing a diary of their relationship? ㅋㅋㅋㅋㅋ Their relationship was consensual in the end..

10. [+106, -9] I think what happened is that he cheated on her in the end and didn’t even apologize for it and cut contact so she’s pissed and revealing all this now

11. [+97, -25] She’s so easy… agreed to dating and then slept with him that same night. That’s probably why Jang Moon Bok got over her and moved on. She must be feeling regrets about it now.

12. [+93, -19] I think the best replies are right. These are all just regular occurrences in a relationship but she’s mad and angry about it now that they’re over so she’s trying to ruin his image as a celebrity by trying to expose him, which is actually pathetic. She apparently deleted all her posts as well…

13. [+85, -10] ㅋㅋㅋ So she didn’t like it when he touched her the first time but she didn’t say anything… and then still exchanged contact info with him and suddenly grew an interest in him?..

14. [+79, -12] I’ll summarize it for you guys. They were out drinking with friends when Jang Moon Bok noticed that her shoe laces were untied so he tied them for her while attempting other types of skinship.. She wanted an apology but exchanged contact info with him because she became interested in him. Later on, he would start asking her for kisses and nights and she said that she didn’t want to do it unless they were dating so Jang Moon Bok asked her to date him. She agreed and slept with him. Later on, she went through his phone and noticed that he was spamming gift certificates to other women on their birthdays when he got her something minor on hers. He also claimed he never invited any women to concerts but she caught him, to which he apologized. She yelled at him to leave her home and he did. That’s it.

15. [+52, -6] I just feel like she’s got rocks for brains. #1 She claims she didn’t want his skinship advances but #2 somehow still managed to grow emotions for him which resulted in contact info being exchanged. How can you become interested in someone you didn’t want touching you like that? #3 She told him she wouldn’t sleep with him unless they were dating and he did just that so I don’t know what makes her think she’s any better than that. They sound like two birds of a feather~ Her posting this was basically just spitting right back on to her face.