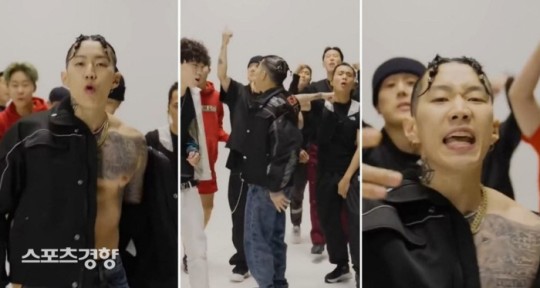 2. [+1,372] But it’s not like Park Jaebum wore those dreads and claimed they were Korean..?? Why are they claiming he ‘stole’ their culture?

3. [+856] I would love to see where these criticisms are coming from. What community? Where’s the source?

4. [+694] Box braids and dreads are hairstyles that go back in Black history to their days of colonization and slavery! The styles have a lot of historical value in that people used to hide gold and rice in their hair and use it as signals of communication as well. Unfortunately, people used to mock and make fun of them for it until it became trendy in pop media to wear them again by other celebrities and influencers with no respect to the history behind the hair, which is why Black people are calling it cultural appropriation. Some Black people don’t care but there are some who also feel that their history isn’t being respected. A lot of Black people were called unprofessional or unclean when they wore these styles and were even fired from their jobs or bullied at school. Meanwhile, white people are called pretty or cool when they do it, which many feel is unfair! Of course, I understand that Park Jaebum and other celebrities aren’t wearing this style to mock Black people but considering these sensitive times, I think most of the criticism is coming from whether it was necessary to wear them at a time like this. I just wrote out my thoughts as they came to me but I hope you guys aren’t too critical of Black opinions and understand that they have their reasons for having those opinions too..! I don’t support the unfounded criticisms against Park Jaebum either but I hope you come away from this comment understanding that some Black people can feel this way too~
– [+82] Wow, thank you for this comment. It’s not based on emotions but the truth!!
– [+31] Thank you for the explanation. It’s written in a way that anyone reading about this stuff for the first time can understand.

6. [+714] China’s going to start claiming that dreads originated in their history

8. [+63] If they truly knew who Park Jaebum is, they wouldn’t be able to accuse him of this stuff

9. [+141] Park Jaebum campaigned and donated to George Floyd organizations along with his own company. I highly doubt he’s racist ㅋㅋㅋ

10. [+7] No wonder ‘Penthouse’ has been getting criticized ever since Alex started making an appearance