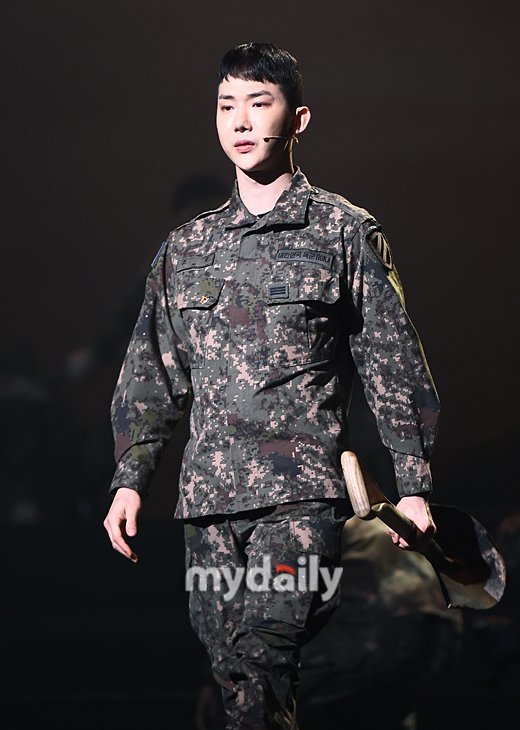 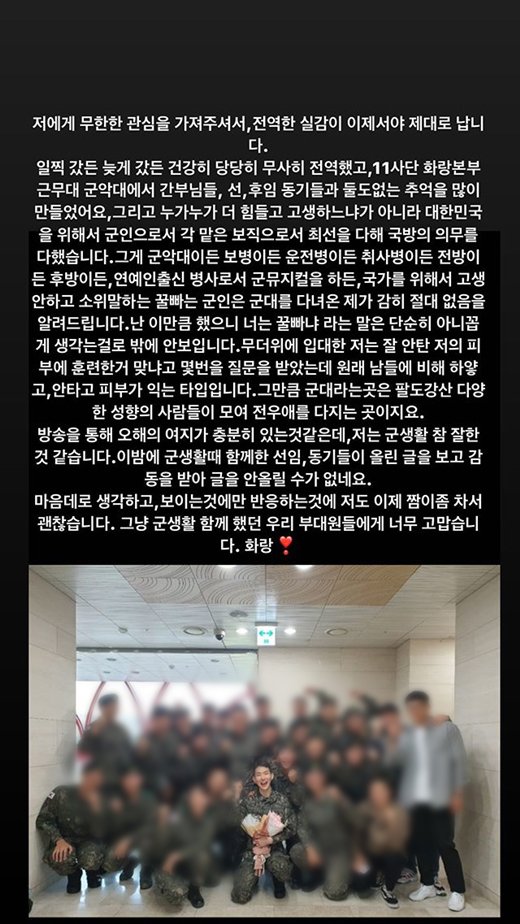 Article: Jo Kwon, “Whether celebrity soldiers perform in musicals or do other things, there aren’t any who don’t suffer and serve lavishly”

4. [+211, -10] He brings up a story about how a senior rank who was younger than him was talking to him informally and how that bothered him so he brought it up and got him to change it, but that story alone shows that he was able to get away with doing that because he’s a celebrity. If a non-celebrity had attempted that, he would’ve been teased and bullied until his discharge. He needs to just stay quiet.

5. [+176, -10] But that’s what celebrity perks are. While the rest of the soldiers were outside running laps and doing construction, you celebrity soldiers were playing instruments and singing.

6. [+159, -11] The fact that you’re a famous figure alone means that other senior ranks would have a difficult time approaching you… and that’s what we mean by celebrity soldiers having it easier than others…

7. [+139, -19] Women might believe what you just wrote but how can you write any of that knowing that there are men out there who have served and know the truth?

8. [+116, -6] Does he really think a celebrity soldier DJing on a train is the same thing as a soldier standing guard on the front line?

10. [+92, -8] Well he’s never served as a regular soldier so his struggles are the hardest he’s ever known ㅋㅋㅋ

12. [+72, -6] He doesn’t even recognize his own privilege because he’s never served in a regular unit ㅋㅋ