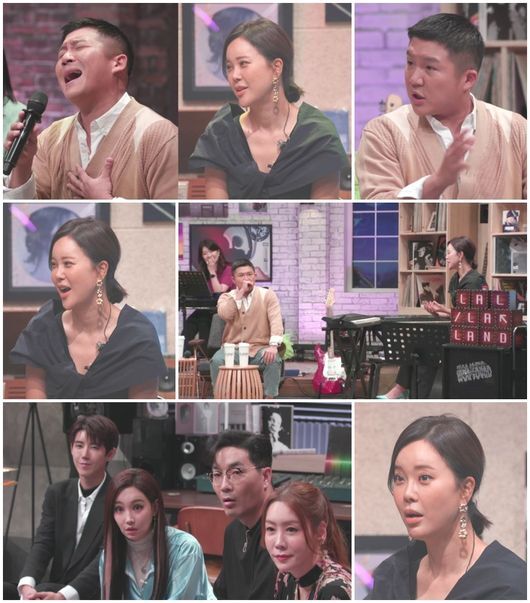 In the 9th episode of Channel A’s Legend Music Classroom – Lala Land (hereinafter referred to as Lala Land), which airs at 10:30 pm on the 5th, Baek Ji-young, the representative emotional ballader of Korea, will appear as a legend singer and vocal teacher.
On this day, Baek Ji-young will teach his own “Best Song” to Shin Dong-yeop – Kim Jung-Eun – Yuli – Jo Se-ho – Hwang Kwang-hee and guest appearances.

In the meantime, Jo Se-ho confesses honestly about his recent love affair during Baek Ji-young’s ‘Do not Love’ class.
When Baek Ji-young, who explained the singing points of the song, professed that “If the members are immersed in Feeling and sing songs, I will predict what style they are dating,” and Jo Se-ho will sing.

In fact, Baek Ji-young, who heard Jo Se-ho’s “Do not Love”, gave a sharp analysis, and Jo Se-ho confessed, “I recently met a singer trainee, but the other person would have arranged Feeling, but I did not finish well.”
Solji also made a bomb comment saying, “He is rare on TV,” and a honey jam talk is held to summon old lovers.

“Baek Ji-young opened a new story that rightly matched the love style just by listening to the voices and the end notes of the members, and the confession of the members who were stabbed in the right song continued,” the production team said. “Don’t forget, the woman, and the Lala Song of the day, as the relay of the Mega hit ballad of Baek Ji-young, “They will be,” he said.