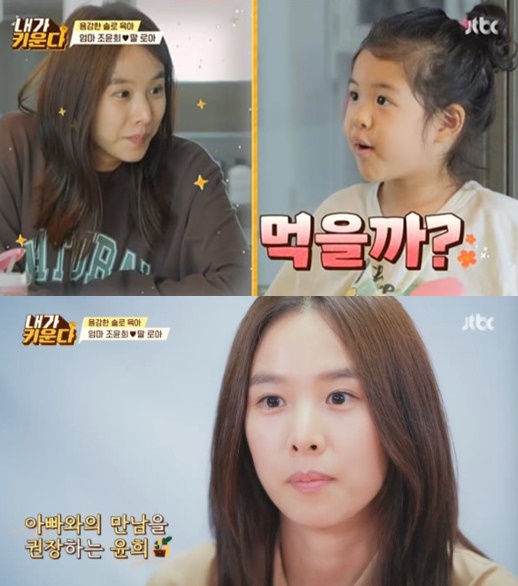 Article: Jo Yun Hee reveals she lets her daughter see Lee Dong Gun every week “I don’t want to force my feelings about my ex-husband onto my daughter”

4. [+361] I often see couples who fight all the time, who make me wonder why they’re together at all, who pass down all those negative emotions down to their children… I think Jo Yun Hee is doing what’s best for her child. Her relationship with Lee Dong Gun may be over but the presence of her father will be important for her daughter.

6. [+99] I was like this too! I didn’t tell my child any of the bad thoughts I had about their father… We truly fought like hell but four years later, he is grateful for my efforts and we’re good friends and parents to our children now. Fighting!

7. [+54] I think this is such a good mindset. I remember my mother used to speak ill of my father to me all the time and it would automatically cause me to harbor ill feelings of him too…

8. [+27] She’s quite wise to keep her feelings out of her daughter’s relationship with her father. There are so many parents who pass on their feelings straight down to their children without realizing that their children can experience both heaven and hell by a turn of their words. I just want to show her some support. Fighting!

Article: Jo Yun Hee’s daughter has netizens saying she’s an exact half half of her mother and father

7. [+45] Not even half half, she’s exactly her father! Seems true that daughters take after the father’s looks