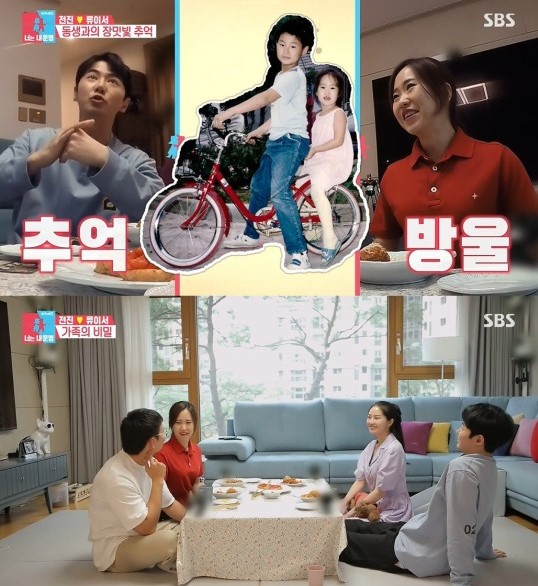 Article: Jun Jin reveals he visited his step-sibling’s graduation during Shinhwa promos so that they wouldn’t feel lonely like himself

The little sister revealed, “I used to be oppa’s treasure back then. We had a big age gap but oppa would always help me get to school. Unfortunately, I only got to live with him until 2nd grade because our parents got divorced and I couldn’t see him anymore.” Despite it being his father’s second divorce, Jun Jin still looked after his little sister. “It was just me and my mother then and she was too busy to come to my graduation at the time. Oppa had already debuted and was famous but he still came to my graduation. Our school went crazy. I felt so thankful to him. It felt like, ‘Yes, I still have oppa beside me.'”

Jun Jin added, “Our parents may have divorced but I wanted her to feel that she still had me by her side.” She also revealed, “He was so good to me that I always assumed he was my blood related brother. It wasn’t until I grew up that I realized we were step-siblings.” Jun Jin revealed that he found out sooner, when he had looked up the family registry and did not find her name. “I was shocked at the time but I didn’t make it obvious because I didn’t want her to get hurt. I felt like she didn’t deserve any of this.”

4. [+309] The reason people want parents to look out for their kids during their divorce is because these wounds follow them as adults. Whatever happens to a marriage, I just want parents to pay attention to their kids all throughout it.

5. [+215] Jun Jin’s a really good person. The whole reason the rumors about him going around clubs and hanging out with girls all the time started was because he had an impersonator going around doing all those things, giving out autographs… but people believed it to be him!!

7. [+62] I see him in a new light now. I’m sure the divorce was hard on him too but he still looked after his step-sibling.. I’m sure they felt grateful to him too. His third mother seems like a very laidback person too~ she seems like a blessing to someone who was as lonely as Jun Jin. I hope he has a long life of happiness now that he has his new wife🙏🙏🙏

8. [+46] As a Shinhwa Changjo, I’ve always felt this… and it’s that Jun Jin’s father really… ruined his life… but Jun Jin raised himself well all by himself despite it all. He could’ve grown up to be a bright, outgoing person if not for the wounds inflicted on him by his parents. I just hope that Jun Jin is able to live a happy life with his wife now.

9. [+106] That Boom guy went around clubs impersonating Jun Jin and having one night stands all the time, totally trashing Jun Jin’s image..