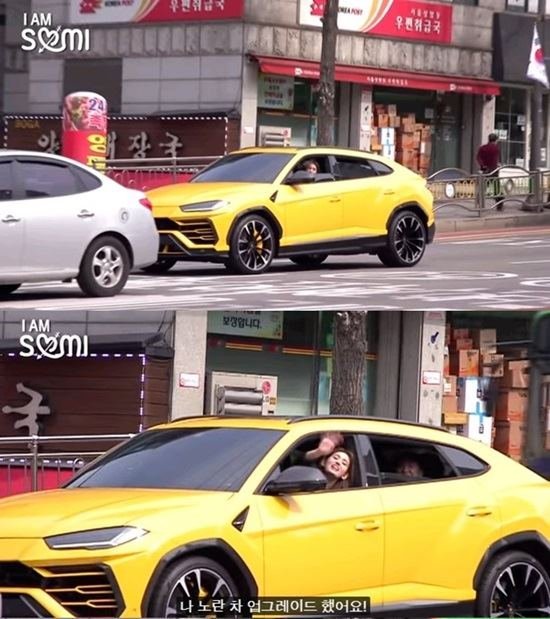 3. [+410, -47] I don’t think articles like this will help her career at all. I’ve also noticed that ever since she left JYP, JYP fans haven’t been supportive of her decision to go to YG either.

5. [+24, -8] Am I the only one who finds her uncomfortable?? She’s so young and yet so arrogant, has spent more of her career on TV than as a solo singer, and I hate her more for joining YG too (and on a personal note, I’m tired of her face too. How is that the face of a 20 year old ㅋㅋㅋㅋㅋ She’s going to look exactly like Ida Daussy in 5 years) ㅋㅋ

6. [+24, -9] We’re not some communist nation, she does not need your permission to ride that car, you jealous haters

7. [+23, -2] If I were her, I would not be bragging about my car on TV like this even if it was a Lamborghini. I’d rather show sides of myself that I think the public will like but she’s not very calculating in that regard ㅋㅋ a celebrity is all about the image they portray and she’s not very realistic about that ㅎㅎ maybe she’s too young and naive yet

8. [+20, -1] I understand wanting to show off your car since it’s not every 20 year old that gets to achieve something this big… but I have to ask, is it necessary at a time like this? She seems so immature and thoughtless.

10. [+16, -0] I guess she’s working enough to be able to maintain this car. Daebak. Celebrities make so much just for getting their name out there. 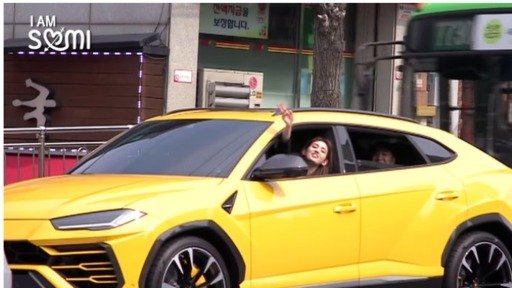 5. [+471, -8] This is insane… and then celebrities go and whine about feeling depressed or whatever and pissing off the rest of us company drones

9. [+281, -12] But has she been successful in anything that makes her deserve a Lamborghini??? I don’t think she was that big even with IOI.

10. [+169, -6] I really don’t care at all. I’m so bored of her because she’s basically shown all there is to her by now. She’s not even talented so I don’t look forward to her stages either. She should stop wasting time on variety shows and go practice on building her skills.